Tony's Jan 30th TNT UPDATE - Saying this should be DONE BY MONDAY !!!

Tony's Jan 30th TNT UPDATE - Saying this should be DONE BY MONDAY !!! 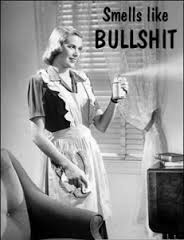 Tony: Good morning, TNT! It is January the 30th, 2014. It was almost a superfantastic morning and could still be a superfantastic day. There is some iffy news, too, but I’ll let DC handle that…
Here’s the deal. We have a lot of good information and this could be a great day. There is a new idiot in town who’s going around telling people we shouldn’t be doing what we are doing with Twitter and such, and he says if this doesn’t happen, it’s because of Tony. Some people are determined that we DON’T get this, but we know for sure that if it weren’t for our efforts, we wouldn’t get this at all. Some people don’t have a clue as to what is going on in the real world. You have done the right thing for yourselves, because this is only thing getting this to you. It’s not over until the fat lady sings, and she is standing there on the side of the stage. If you weren’t forceful on Twitter these last couple of days, this would have a very different outcome.

DC: Absolutely, you have made a huge difference in getting this done!
Tony: Not only that, we still hold some power we haven’t discussed yet. Today, tomorrow, 60 days from now, you will still have some power if this doesn’t go right. Though it looks like it’s going to go right! But if it doesn’t, we still have an avenue. We can still do everything we planned to do, if this comes out right. We have a plan and it will make a difference – we know that because insiders are telling that this is how to do it, this is what they are worried about, and this is the best plan of attack. What we are doing DOES make a difference. Five million people doing one thing on one day could change the whole banking industry. That will be something seen world-wide. It won’t destroy our economy; it will put some people in their places on Dinar Day, if they do the wrong.
Everything we heard this morning is very positive. Some things that happened in the night were very positive. There is one small group in a room trying to hold this back, but this could change in a matter of moments…
DC: Everything is looking phenomenally good right now. From two different sources I got that the admin is on track and executing the UST option. Many other governments are in the process of doing this now. It could backtrack, but it’s absolutely different than it was before, and it’s a major step forward on this. Surely we will not shoot ourselves in the foot again…

Tony: Now that we are seeing it on television. Tier 1 and 2 banks have been notified that this should happen by Monday. A contingent is still trying to hold this off until Monday, and others want us to get it done right now. Some people want to skip over us altogether. We have been a force in getting this to happen, regardless. You need to know you have been a force in the decisions that are being made.
Where are we now? Notifications have gone out to the lower levels, so a lot of bank employees know a lot more today than on Monday. Tier 2 and Tier 3 banks who were never a part of this have now got notifications to spin back up and get everything going. A lot of banks who have never heard of this are now going “Oh, what is this?!” Some are actually calling US (Tony and DC) for information, which is hilarious. They are getting caught up on what they have to do. We don’t know what contract rates will be available and probably won’t know until it pops.

Tony: We have been talking about this for years, and the lower banks have just got their information! We know people who just got paid out yesterday at $28. They are still paying people out last night. Some in other countries got paid out over $20. We know it continues but it is closer to your turn. It could by any moment, any day, and their notifications say Monday. There are some meetings, and we don’t want to give out too much information. WE have dates, rates, locations, 800 numbers… we just want to wait and see what happens.Pam suggested we put the call off for a few hours, but I thought we should give you the information so that you can be ready, and also so that we can move if necessary. I never wanted to do that, but I’m hearing that things have changed so much in our favor at this moment that we don’t have to do it. The good guys in the bad circles have prevailed. We still have to wait and see if it comes out that way. If it does, then we have to be the big ones and forgive, and go on with our lives.

@DC wrote:Absolutely, you have made a huge difference in getting this done!

THis makes my stomach sick.  For anyone to think that he can actually make a currency RV is so freaking mind blowing to me.  Really?  He is responsible for a countries currency? What the hell kind of ego do you have to have to think you control any of this and how little brain matter does one have to have to believe it?
*****************
Tweet 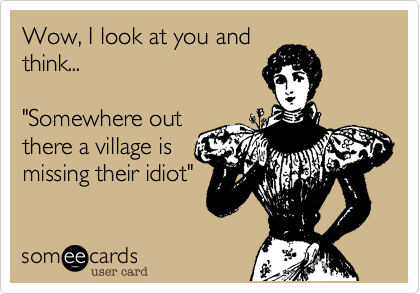 Page 1 of 1
Permissions in this forum:
You cannot reply to topics in this forum
Who is online?
In total there are 105 users online :: 2 Registered, 0 Hidden and 103 Guests :: 2 Bots