For the first time in 112 years, it snows in Cairo

For the first time in 112 years, it snows in Cairo

Egyptians woke up Friday morning to see snow on the streets of Cairo for the first time in their lifetimes.

It was pretty exciting to wake up to snow in Cairo, a city where sweltering sun and dust storms are more the norm. 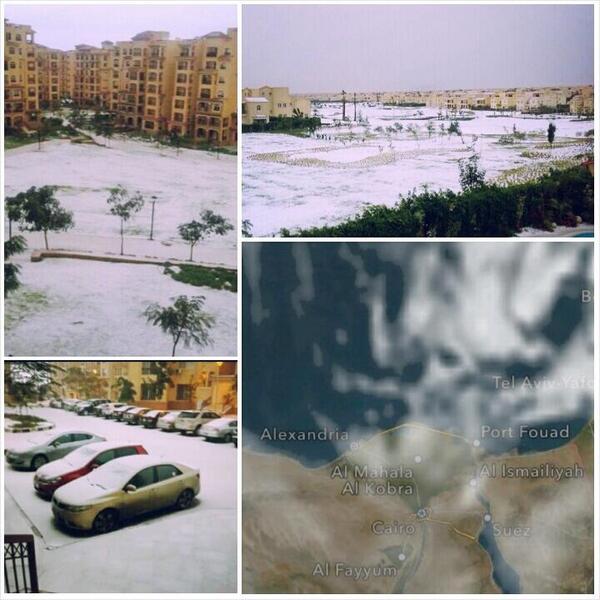 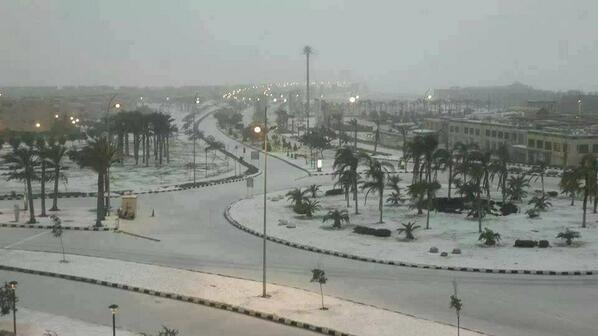 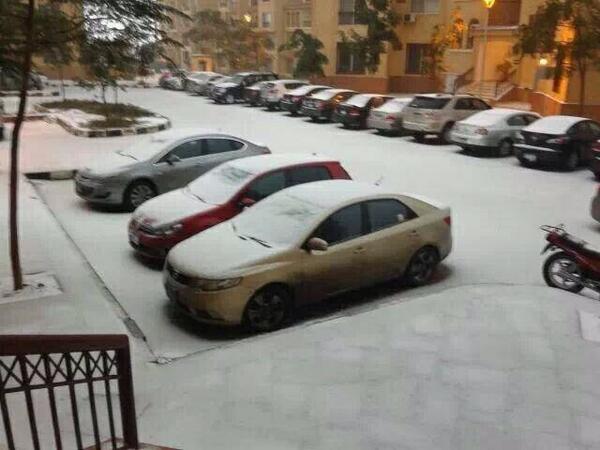 Oh NOOOOOOOOOO!!!... that's sure to knock the Sunday RV for a loop...now "Mother Nature" will be to blame..."She" is so sorry Tony...perhaps it will clear up enough for a Wednesday RV then?

We have 8" of snow and it is still snowing.  Blizzard in the passes, whiteout along the ocean, yep winter is here.  Who was that that wanted a "white Christmas?"  They go it.  WE would be more than happy to share with the ME.  All they have to do is RV the currency and we will see about sending some of this to them (on refrigerated ships, for a fee).

Nice to see that mother nature fulfilled one of a friend of mine's sayings, "It will be a cold day in Cairo when that happens."  Well, friend, it must have been Friday because they had snow on the streets.  Ah, did the deed you mentioned happen?

Snuff said about snow.  My year end predictions:  The Dinar will not RV; the 'roos will continue to spew their balderdash; Santa will once again deliver packages to children via parents; and, the new year will be ushered in by the howling north wind bearing snow and cold temperatures far into the south lands.  New year predictions?  Ok, Tony and several of his guru pals will experience the court experience for their lies; the Dinar will remain flip floppy around 1160 to 1USD; the VND will rise a few points due to increased exports and China's influence; the snow depth will be recorded throughout the northlands at record levels; and finally bikini clad maidens will swim in front of the camera as another James Bond thriller is produced with the unteenth star in the lead roll.

And to end this nonsenseical blither:  Okie will eventually learn to land his plane, however his delivery of the promised diplomas is still "up in the air."

About 8 inches of the white crap here in Vermont as well. More outside the valley and to the south. Spent an hour or so getting enough shoveled so that we could get the vehicles out so the drive could be plowed. Good for the ski areas, but a pain in my arse ... err .. back.
*****************
Trust but Verify --- R Reagan

That's why I have a Bobcat 753.  The ultimate snow shovel!!!  It gets boring after while though.

Page 1 of 1
Permissions in this forum:
You can reply to topics in this forum
Who is online?
In total there are 66 users online :: 0 Registered, 0 Hidden and 66 Guests :: 3 Bots