Well, the cats out of the bag. The Congress and it's members have cashed in. Who would have thought?
Today Joe Biden and his neighborhood friends partied on cashed in dinar notes. LOL
Oh well. Another week. Another excuse. Maybe next week it will be our turn. Idiots! 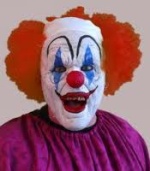 Mountain Goat's last post on Recaps was disgusting. This is her lowest point ever.
She needs to keep her opinions about American history and politics to herself.
I will NEVER recopy and post any of her material!!!
*****************
Wealth is what you have when all your money is gone!!!

If you rea the goat's stuff carefully, it does not sound at all like she is giving her opinion of OUR government, it sounds like she is angry about HER government.  This is not the first time she has made such posts where she referred to the government as OUR government. That, combined with some mistakes in German, I don't believe for one second that she is German or in Germany.  She never posts directly, only through George (who may be her) so no one can see her IP number and know where she is located.

I am SOOOOO Disappointed on not getting the usual "WHY IT DIDN'T HAPPEN post followed by the usual "our next window of opportunity is this coming Thurs-Sunday"  CRAP as we are used to.   Instead she(he) fooled the sheepie by distracting attention to those evil people in government.

Bottom line Goat : you are so FOS that ANYONE with half a brain can see that !!!