Message From God on Mars

Message From God on Mars

NASA announced today that its Curiosity Rover has found an unambiguous message from God written on tablets in a Martian cave.
According to an official press release two giant stone slabs the size of small elephants were located deep inside a cavern abutting Aeolis Mons, a large mountain.

Upon one tablet is a copy of the Ten Commandments and the text of John 3:16 written in 12 languages - including English, Spanish, Chinese, Basque and Hebrew. On the other tablet is a simple message in English reading "I am real."

According to top scientists who have studied the discovery extensively, these findings may have definitively established Christianity as the one true religion.
"This is amazing," says Syms Covington, an Australian researcher working for NASA's Mars Exploration Program. "We went into the cave looking for water, and we found proof of God's existence instead.

"I mean how else did those tablets get there? I can tell you one thing: there's not a single atheist inside NASA's control room now. What we saw was jaw-dropping."

Genesis 1:1
NASA's Curiosity rover arrived on Mars in August of last year with a mission to explore the Martian climate and geology for signs for habitability.

Thus far the mission has been a success, with the discovery of an ancient seabed and chemicals needed for life suggesting that Mars was once suitable for life.

However the tablets, both of which are signed "Peace and Love - Yahweh," represent the rover's most significant find to date, and is perhaps the most important scientific event in history.

"When people find out about this, they will demand change in our society," explains a political scientist at Georgetown University. "Democracy will have to give way to theocracy. We're gonna have to build more churches and reintroduce prayer into schools. Abortion is defiantly going to be illegal within a few months."

Despite its potential significance, Covington fears that the Earth-shattering discovery may not make the impact it should.

"Unfortunately, the mainstream media is so anti-Christian, they might not even pick up this story," he explains. "But God is real. We have proof. And everyone deserves to hear the truth."
*****************

The daily currant readily admits that all of it's stories are fictional.

Curiosity still has about a year to go before it reaches it's destination. It has traveled maybe 1/4 of the way, and at about 400 feet a day it's gonna be a while. Once there, even if it were to find a cave, they are highly unlikely to send it in due to the loss of communication and control. 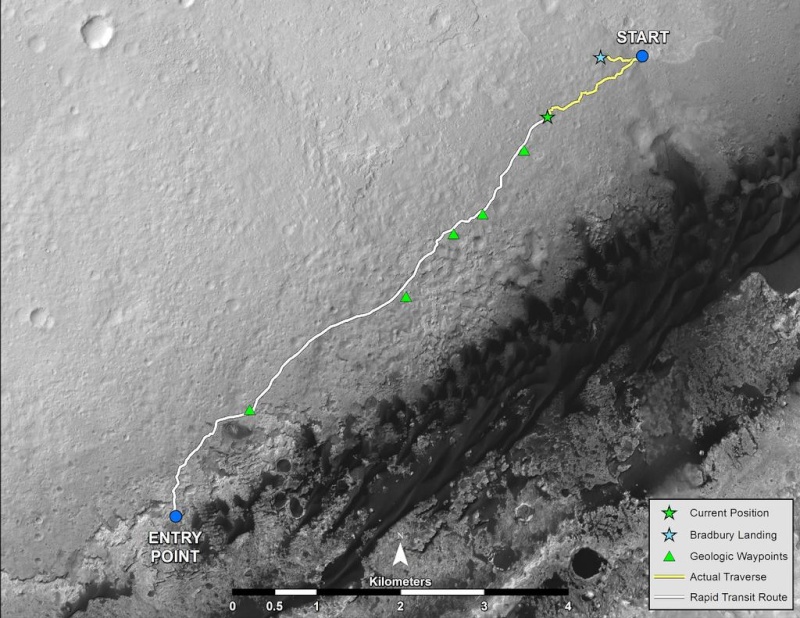 Page 1 of 1
Permissions in this forum:
You cannot reply to topics in this forum
Who is online?
In total there are 110 users online :: 1 Registered, 0 Hidden and 109 Guests :: 4 Bots