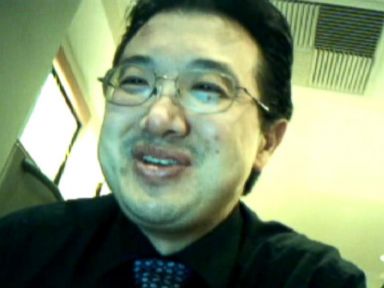 Los Angeles DEA
Dr. Alvin Yee meets with a DEA agent posing as a patient on November 10, 2010. The agent left with prescriptions for 60 Oxycontin, 60 Xanax and 120 Roxicodone.


Doctor Jailed for Illegally Prescribing Drugs at Starbucks Defends His Actions
Nov. 7, 2013
By SEAN DOOLEY and LYNN REDMOND via 20/20


Dr. Alvin Yeen was recently sentenced to 11 years in jail for prescribing controlled substances without a legitimate medical purpose. Yee was seeing patients in Starbucks locations.

Starbucks is where the world goes for its fix.

But the popular coffeehouse became ground zero for a different kind of "fix" when Dr. Alvin Yee started practicing pain management at Starbucks locations throughout Orange County in California. It was his dream of being self-employed that, he said, led him to Starbucks.

"It is pretty much the American dream to be your own boss," Yee told ABC News' Deborah Roberts. "Unfortunately, it's the dream that turned into a nightmare."

That nightmare began in 2010, when Yee started examining patients at Starbucks. He said that he would pull out his stethoscope and listen to patients' hearts, lungs, evaluating all vital signs. Sometimes, he said, he even performed neurological exams.

To finance the eventual overhead of a solo practice, Yee started a side business seeing patients for pain management.

But with nowhere to treat those patients, he resorted to Starbucks, the modern day office for the office-less. There, he'd treat a dozen or so appointment-only patients at night, he said.

When asked if he had a special arrangement with Starbucks or even paid rent, Yee responded that he did not. He justified his unusual actions by saying, "There are plenty of lawyers and…other professionals that meet and do business there, and they don't pay rent either."

But Yee wasn't just poaching on private property. He was doling out prescriptions for the most powerful and addictive painkillers, such as OxyContin. Some patients would leave the coffee shop with as much as a three-month supply of narcotics. In exchange for the drugs, patients would hand over fists full of cash: as much as $600 for an initial visit and $300 for follow-up visits.

Yee said he put systems in place to weed out so called "professional patients" or junkies. He said he hoped that his high fees would eliminate the criminally-minded. But the patients kept coming, one-third of them in their 20s. Some even asked for Adderall and Xanax. One of those eager patients was Derek Rosas, who was coping with an old lacrosse injury.

Re: Doctor Jailed for Illegally Prescribing Drugs at Starbucks Defends His Actions

I thought Alvin Yee died a couple of months ago. Wasn't he vocalist for 10 years after?