The report also pointed out that inflation has been restrained with the consumer price index (CPI) increasing by 4.63 percent so far this year, the four-year lowest increase.
Vietnam’s export turnover was still big in the first nine months of the year, despite the low demand in the global market. The exports brought $96.5 billion in turnover, up by 15.7 percent over the same period of 2012. The trade deficit was $124 million, or 0.1 percent of the total export turnover.

Vietnam remains a very attractive destination for foreign investors, who registered $15 billion worth of investment in Vietnam in the first nine months of the year.
Nevertheless, economists prove to be not as optimistic as the government.
The General Department of Taxation has reported that it has collected VND436.336 trillion in tax so far this year, or just 67.7 percent of the year’s estimates.
Prior to that, Minister of Finance Dinh Tien Dung once warned that the state budget would see the loss of VND60 trillion in tax collection.

The state budget deficit is so big that the Government plans to ask for the permission to raise the ceiling budget overspending to 5.3 percent. The solution, as said by the Prime Minister at the September government regular meeting, has got the nod from the Communist Party’s Politburo.

The General Statistics Office has released a report, showing that the unemployment rate by June 2013 had been 2.28 percent (3.85 percent in cities and 1.57 percent in rural areas). However, no economist believes the figure, saying that this is just a “dream.”
At the autumn economic forum held recently, Head of the Vietnam Economics Institute Tran Dinh Thien, after just several simple calculations, pointed out that the number of people losing their jobs in the last 2.5 years had reached several millions.

According to Thien, about 135,000 businesses had to shut down from 2011 to June 2013. Meanwhile, the 450,000 operational businesses have to cut down their capacity by 30 percent. These enterprises have made 5.5 million people become jobless.
A report by the Vietnam Chamber of Commerce and Industry showed that 43,000 businesses stopped operation in the first nine months of the year, while 66 percent of businesses reported loss in the second quarter.

The unemployment rate is a very important index which can show the health of the national economy. However, the economists can only point out the illogicality when comparing the statistics, while they cannot find the real figures.
K.Chi

Re: Vietnam’s economy gets stronger? 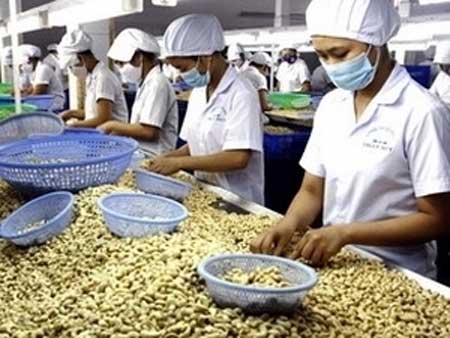 VietNamNet Bridge – Vietnam’s gross domestic product (GDP) expanded 5.5 percent in the third quarter of 2013. Compared with the second quarter, the growth is 0.5 percent higher. This is a good sign for the economy, especially towards the end of the year. Report by the Vietnam Business Forum.

Positive signs
The third quarter GDP print shows an uptick in manufacturing and service sector growth. While the year-to-date growth rate is still sub-trend at 5.1 percent, this is considered impressive given the ongoing deleveraging process and low global commodity prices, which drags down Vietnam’s raw product exports.

In the third quarter, the manufacturing sector is doing the heavy lifting. It accelerated 8.6 percent year-on-year in the quarter. This is supported by accelerated FDI inflows into Vietnam. In the year to date, the amount of FDI capital rose 52.2 percent to 9.3 billion USD, with the majority attracted by Vietnam’s cheap labour as well as burgeoning domestic demand. This should be a positive for Vietnam’s economic development as it provides higher productivity jobs to absorb the country’s low-skill workers as well as offset lacklustre domestic investment.
Thus, FDI inflows are considered more favourable to economic development as they reduce Vietnam’s exposure to volatility in the global market.

The macro-environment in Vietnam has changed for the better. Inflation, although rising more than 1 percent on the month in September, is not likely to be a major concern, as the government is more vigilant on taming inflationary pressures. After the one-off increase in social service costs in August and September, inflation is expected to stay contained in Vietnam. The accumulated trade deficit from January to September is a meagre 124 million USD. Given its economic performances, Vietnam is expected to record a current account surplus this year, supporting foreign exchange stability.
According to experts, the government now needs to roll out reforms to improve the country’s infrastructure and business environment to attract more FDI capital. This will be a driving force for economic development.

Setting growth milestone
Global demand is showing signs of accelerating, thanks to improved conditions in the eurozone, China, the US and Japan. This means that external demand for Vietnam’s manufactured goods should rise, boosting export growth. Meanwhile, domestic conditions are stabilising; credit growth is accelerating modestly, against a sluggish first-half in 2013. Also, inflation spikes are likely over.

The September PMI reflects the upswing in momentum. New export orders rose sharply to 53.1 points in September from 49.7 points. After months of destocking, managers are increasing their quantity of purchases. Output is expected to expand in the coming months as new orders exceed inventories. Most encouragingly, the employment index rose for a third straight month, with headcounts rising to 53.8 points in September from 52.1 points. This sharp rise was felt across the board, as manufacturers respond to rising demand and improved external conditions.

In the third quarter, retail sales, though still sub-trend, are stabilising and are likely to stage a gradual pick up towards year end. Exports continue to benefit from improved external conditions, rising 19.2 percent year on year in September and 15.7 percent year to date. The export value from January to September amounted to 96.4 billion USD. With domestic demand still weak, the trade deficit was only 124 million USD as of September.

Despite slowing growth momentum in recent years, the country remains an attractive destination for long-term investment, especially from East Asian investors. Samsung, LG Electronics, and Foxconn are amongst major electronic producers setting up offshore production bases in Vietnam.
The goal is to utilise the country’s labour competitiveness to deepen the capital stock and increase technological knowledge. During this process, reforms to improve economic management and build institutions and infrastructure are vital. Intra-regional trade agreements such as the ASEAN Economic Community (AEC) initiatives and the Trans-Pacific Partnership (TPP) are underway – both are likely to contribute significantly to the export sector's growth.
Source: Vietnam Plus