Well mntngoat couldn't step up to the plate when I asked for proof and it seems to have ruffled the feathers of a lot of Guru's; honestly who gives a flip.

For the past 7 1/2 years we have believed all this nonsense of Monday, this weekend, by the 1st of the month. I know from millionday's post that she has the guts to bring in facts and say there is no such thing as the IQN. I new this to be true 3 weeks ago. I questioned it immediately and found the same info as millionday and she just confirmed what I already knew.

Why is this such an amazing request, I mean insanity is doing the same thing over and over again and expecting different results. Dau! Just this week I received 2 phone calls and so did Scotti and it was some extremely sound intel and as usual we remained silent to see the fruit of this info come to past. Guess what it hasn't come to past no RV.

So what is the Bear5642 saying; I am saying I feel we are closer than we've been in 7 1/2 years in this investment and I truly believe this will happen. The bottom line is that while I was in our House of Prayer at our church the Lord told me way back then, I want you to take your money out of savings and buy these Dinar and just trust ME to bless you like never before. I called my wife and told her and she said, if that is what HE told you then do it. The rest is history. You must understand that I mocked and ridiculed anyone who bought these things only to rebuked by the Lord and told to stop and jump in.

So people let's relax and trust God. Mntngoat has some pretty good stuff except for this IQN nonsense. But I don't throw the baby out with the bath water. I hope and pray this happens before the end of this year. Come On Man, I know! I did this just this week; my daughter is getting married next November and she wants a big wedding and right now I don't have $30k laying around so I gave her $50k in $5k Dinar notes and said this can be either $50,000 or it can be $172,000 it all depends if you and your mom will start believing and praying for this to happen.

It's time for us to start believing and confessing life over our investment. If anyone has any kind of info do like millionday and put the proof out there. 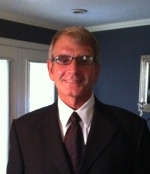 Good post ... I totally agree with the IQN stuff ... it failed the sniff test from the start, and the more I dug, the worse it stunk. Like you, I got into this after serious prayer, and trust God to bring the increase. Unlike you, we've already married off all our kids, so we just get to enjoy the grandkids.

Hey, I was doing the "come on man" thing.  I got it from the NFL Network.

One thing Mtngoat said one time was that the RV needs to happen because Americans will riot.  She must not live in the USA.  Though someone at dinar detectives said they traced her/his IP address to Boston MA.  Basically if you write a lot sooner or later you will say some silly things.

We are not like a third world country, most who invested in this can easily afford to eat and would never riot, in the USA most of us will just loose our money and barely whimper, if it comes to that.  We will not be rioting over the dinar.  Things have got to get 10 times worse here in the USA before a riot would occur.

Here is my statement extrapolated from comments I have read.  Everyday that passes there is a chance we are closer to a RV.  Hey, I should be a guru!

I gotta agee with you, about just having to wait until it happens.  I believe that it will happen how soon I don't know, just that it will someday, until then I wait!
The one thing Gurus say, that I believe, "We are Closer than we have Ever Been"!

Page 1 of 1
Permissions in this forum:
You cannot reply to topics in this forum
Who is online?
In total there are 182 users online :: 0 Registered, 0 Hidden and 182 Guests :: 2 Bots