I was doing a quick google search as I like to do when I research things...and if you google Okie Oil Man...there is probably half a dozen search pages of people just destroying this guy.

Some of the interesting tid bits I found...

1. Some people tried to sue him because he was telling people to get as many dinar as possible because we were "on the doorstep".
2. Part of the above law suit claimed he worked for, or at least received compensation from, a company who sold Dinar so he was hyping it up to get people to buy.
3. He was, possibly still is, under federal investigation for fraud, being its dealing with an international currency it goes federal.
4. He has his previous carreers listed as a chief of police and a judge?!?!

I also found this interesting page introducing us to our favorite guru's!!


Thats enough for now...its national sit on the couch and watch football day!!!

Hey BritishBulldog,,,,
Tony says it is not polite to pick on a 72 year old man!

Hey,What ? What age can we use to pick on somebody? Maybe that's been my problem all this time. Wrong age group.

@What? wrote:Hey BritishBulldog,,,,
Tony says it is not polite to pick on a 72 year old man!

Well if the 72 year old man is full of poop then he deserves to be made fun of!! 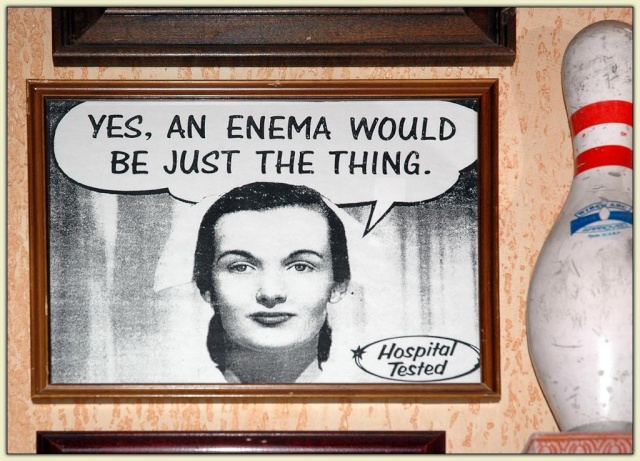 ...the word "favorite" isn't in my vocabulary when talking gooroos...

PALMER01 "Hey,What ? What age can we use to pick on somebody? Maybe that's been my problem all this time. Wrong age group."


A man 82 yrs old scammed my 73 yr old mom over a period of 4 yrs.  Because of his wifes' and his "ill health" .   My mom was cleaning, cooking, waiting hand and foot, shopping and even letting him use her CCard to pay his utility bills all on the premise that "the money would be coming in at anytime~!"  Yes, it was about dinar and it was also about bonds.  Millions and millions of dinars and dollars.  He even had her write down all the things she wanted including a car and a home he told her to search for.  Promises almost daily, phone calls from friends "in the know" every week and a new excuse every time for it not "happening".

This mans wife eventually died because he did not listen to her cries for help and he would not take her to the hospital because "he knew best" and just let his wife become toxic till it was too late then into the hosp. she went then into a nursing facility then he played the devoted husband as she was dying.  Still my mom continued to take care of him and his home while he was there or away.

He, however had problems of his own and still did not listen to my mom.  He collapsed and my mom kept him alive while emergency was on the way. She saved his life and before that kept his wife as comfortable as possible being the nursemaid all along till she was gone.  All the while working and serving till the end when this mans grand daughter moved him away yelling that my mom only wanted her grandpas money..   HE HAD NOTHING, not even dinars, he was depending on agreements and other peoples money, promising all along to my mom that she would get paid what he owed and even more riches.  He passed away 6 months later leaving my mom with empty promises, a huge credit card bill and a worn and weary mind.  HE WAS A CON MAN TO THE VERY END!  Even using God in his talks regarding this "gift" and "blessing"  (which makes me so mad every time I see that).


My mom is now 78 and still holds onto a little hope.  This is why I am here at this website . It took some research, watching and reading and yes.....filtering through the other sites till I found this one but I do not talk to my mom of these things unless she asks and I have gotten her to not ask much at all now as it was depressing her and confusing her so much.  Her health has been going down and she is looking so old now, more than she should.  But when she does ask..............

Now, I just say, "mom, they talk of it a lot but nothing yet, I wish so much I could get you away from where you are and we all could have a more gentle and less stressful life."  She now says:        " Oh, I know honey, me too, I just hope it happens in my lifetime"  She has her own dinar now just in case and my cousin and her son, my son and myself. We all have a bit, enough to get by even if it came in low, we would all be content. It is after all, AN INVESTMENT. Hopefully a successful one.
*****************
If you can't laugh at yourself, you have not lived. 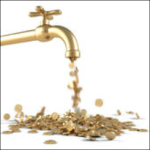 Thank you MeMe, your open and honest post is heart breaking. I am now sitting here crying because I can relate. My heart goes out to you and your family.   My mom is 70 with small vessel disease and dementia.  She is in remission from colon cancer and just isnt well.  She has had a difficult life with many trials. And, I just wanted this to be something that would make things more comfortable for her.  I aslo avoid telling her the garbage... and when she asks, I say things are moving slowly.

Thank you so much for being a part of the site.  It is with members like you that we can all work to help keep each other grounded .  We wait, we hope and we pray, but we avoid the super hypersensationalism.  It hurts less.
*****************
Tweet

WOW...that just shows that people will get what they deserve in the end. And I hope your mom gets her RV before she does finally pass!!  And I agree...this is an INVESTMENT not a blessing!!!!


Just checked in with our gooroo friends....and Tony says we should be seeing it later today or first thing tomorrow(how many times can this fool be wrong before he gives up).  BUT...the interesting post was from Doc...I suggest you all go read it. One of the smartest posts I've seen on there in a long while!

MeMe, I am so sorry for your mom and what she went through.  You are in my prayers.

Meme, I am so sorry for what your Mother has went through.  There are so many cons out there and once this happens we will see even more I am sure.  I just pray that you, and your mother and all of us will see this happen soon.  I keep all of my family here in my prayers daily.  I know we laugh and talk about this and that, but no one knows the true struggles some may be going through.  Thank you for sharing.  God Bless you and your family, you are all in my thoughts and prayers!

Page 1 of 1
Permissions in this forum:
You cannot reply to topics in this forum
Who is online?
In total there are 171 users online :: 1 Registered, 0 Hidden and 170 Guests :: 2 Bots