What Happened on June 9 in History?

What Happened on June 9 in History?

What Happened on June 9?

Donald Duck made his big debut. (1934) He debuted in the film The Wise Little Hen, where he and his friend Peter Pig learn the value of work after trying to fake stomach aches and getting caught by Mrs. Hen. Donald Duck is the third most famous cartoon character of all time, following Bugs Bunny at number two and Mickey Mouse at number one.

Heidi Fleiss, the famous Hollywood madam was arrested. (1993) Fleiss famously provided high-end prostitutes to Hollywood celebrities and was caught when she sent girls and cocaine to undercover agents posing as clients. She was arrested for pimping, narcotics possession and pandering; and ended up serving three years in prison.

Alice Huyler Ramsey became the first woman to drive across the United States. (1909) Trekking from Manhattan, New York, to San Francisco, California, the 22-year-old New Jersey mother drove with three of her girlfriends, who didn't know how to drive a car. She made the 3,800-mile (about 6,115-kilometer) journey in a Maxwell automobile. The Maxwell company was the successor to the Chrysler Group.

Ken Griffey Jr. hit his 600th home run. (2008) He became one of just six players to do so. Griffey is fifth on list of players with the most career home runs.

King Bhumibol Adulyadej takes the throne in Thailand. (1946) As the current King of Thailand, he is the longest reigning monarch in history.

American composer Cole Porter was born. (1891) Porter was born in Peru, India. Porter's mother faked his birth certificate, claiming he was born in 1893 because she felt the budding 14-year-old musician would be more impressive if he were 12 years old. Porter became one of the most important artists in 20th century American music.

Roman Emperor Nero married Claudia Octavia. (53) Claudia was his stepsister. He divorced and banished her in 62 on the grounds of her being infertile. This freed him to marry Poppaea, who was pregnant.

Claudia Octavia was executed. (62) Nero's banishment of Octavia was so unpopular that he was forced to allow her to return. He almost remarried her, but had her executed instead — on the same day of the year that he had married her. After the execution, he sent her head to his current wife Poppaea.

Roman Emperor Nero committed suicide. (68) After the government proclaimed him a public enemy and announced plans to execute him by beating him to death, Nero prepared for suicide. He had his servants dig his grave, and upon hearing the hoof beats of the approaching government horsemen, he stabbed a dagger into his own throat.

A day of mourning was declared for the assassination of Senator Robert F. Kennedy. (1968) U.S. President Lyndon B. Johnson made the declaration. Kennedy was shot on June 5 by Sirhan Sirhan, who was immediately arrested sentenced to life in prison.

Joseph Welsh gave McCarthy his famous rebuke. (1954) During hearings debating communism's infiltration of the U.S. Army, Welsh said to Senator McCarthy, "You've done enough. Have you no sense of decency, sir, at long last? Have you left no sense of decency?"

English author Charles Dickens died. (1870) Many of Dickens works were first published in an episodic fashion in weekly or monthly installments in journals and magazines. Some of his famous novels include Oliver Twist, Great Expectations and A Christmas Carol.

American comedian Richard Pryor narrowly escaped death. (1980) A mixture of free-base cocaine exploded in his home causing near fatal burns and setting him on fire.

Guess not. Here's where we were a year ago.

[OKIE
OIL MAN] GOOD EVENING MY FELLOW AMERICANS AND SHIPS AT SEAS. MY
SOURCES ARE TELLING ME THAT THIS RV PROCESS IS LOOKING VERY POSITIVE SO
KEEP THE FAITH WITH ME WOULD YOU? I AM STILL WAITING, AS YOU ARE, FOR
"THE CALL” SO I CAN POST WHAT WE ARE HERE FOR - "THE FINAL POST".

DON’T
CONCERN YOURSELF WITH HOLDUPS – THERE ARE NONE, A WORLD CHANGING EVENT
DICTATES ALL THE I'S GET DOTTED AND ALL T'S CROSSED. YOU HAVE NO IDEA
HOW HARD IT IS FOR ME KEEP QUIET AT THIS TIME WHEN I’M SO EXCITED ABOUT
THE INFORMATION I’M RECEIVING, SO JUST TRUST THAT WHEN WE INTEL
PROVIDERS TALK IN CIRCLES, ITS FOR A GOOD REASON SO THANKS FOR YOUR
CONTINUED UNDERSTANDING.

Doesn't matter- The point is, is that we are being continually lied to and misled-

The reason "intel providers" (and I use that term loosely) talk in circles is because they have no real clue on what is happening.
I'm still trying to get one to show me where Basel III has anything to do with currency, now those scum at Recaps don't even post my question anymore.
I have a new question that they didn't post that I addressed to Jester. Since he is always saying the Republic is being restored, I asked if he would say exactly what changes would be made when the Republic was restored and how we would know it was? Recaps didn't even post that, It was in no way negative and I would guess that at least half of the people reading recaps have no idea what a Republic is, or is supposed to look like.

Apparently, from what I see over there at D retreads, they don't know jack about anything- They will tell you that they do, but when you try to reply and confront them, our replies end up at the wreck yard- Most of their peeps are blind, follow others, kind of sheep, too, so what's that tell you? If ANY of those clowns had any grey matter at all, they'd be dangerous- 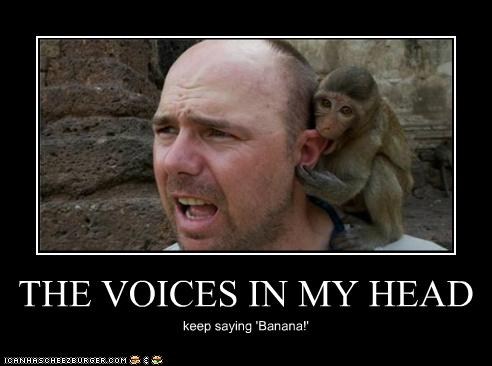 I've also made several comments on articles over at Recaps that never make it to the light of day. Funny how things that are easily proven false, such as B3 having to do with a countries currency and other outlandish stories are ran on a daily basis. But a common sense rebuttal isn't allowed. And they have the nerve to claim to be independent.

It's called selective communism, just like everything else on this f'n planet-