I urge you to take the time to read some of this yourselves - BEFORE YOU VOTE. The UN doesn't care about us as in the US - it only cares as we relate with the rest of the world. As Paul Harvey would say - here's more of the story:....

Some highlights I found interesting:


2. The international trade and finance
Trade flows: moderating sharply
As an engine of growth, international trade promotes global growth in good times, but it
also transmits weaknesses from country to country in bad times. After plunging by more
than 10 per cent in the Great Recession of 2009, world trade, measured by the volume of
total exports, rebounded strongly in 2010, but since 2011, growth of world trade has lost
momentum along with the recovery in global output (figure 3). During 2012, growth of
world trade has decelerated sharply, mainly driven by a decline in the imports of many
European economies, as the region is falling into the second recession in three years.
Anemic demand in other major developed economies such as the United States and Japan
has also slowed international trade flows, and through an increasingly sophisticated
global constellation of production and trade, the weaknesses in developed economies
were transmitted to developing countries and the economies in transition, feeding back
and forth among all economies to form a synchronized downturn in world trade and
global output.


Fiscal policy in Western Asia was durably affected by political unrest in the
region last year. Temporary and permanent increases in public expenditures will
represent a drag on public finances in many countries in the years ahead. With oil
revenues at a record high in 2012, GCC countries and Iraq continued their active fiscal
policies and actual expenditures may even exceed budgeted figures. As governments
resume implementing their respective development plan, spending is progressively
shifting from current to capital expenditures. This trend was challenged in Oman,
however, where the Sultan announced the creation of an additional 56,000 jobs in the
context of renewed social unrest. While medium-run fiscal balances remain strong in
many Gulf countries, the break-even price of oil for GCC countries as a whole is
estimated to have increased from $49 per barrel in 2008 to $79 in 2012, with Bahrain and
Oman being most vulnerable to a potential oil price drop.

Will the United States fall off the “fiscal cliff”?
At the end of 2012, unless Congress can reach agreements to avert it, the United States
will face a sharp change in its government spending and tax policy. Because of the
potentially severe implications, it has been coined as the “fiscal cliff”.
On the tax policy side, the Bush tax cuts worth $280 billion per year, the 2
percentage point payroll tax reduction worth $125 billion, and the emergency
unemployment compensation worth of $40 billion would all expire by the end of 2012.
More specifically, the expiration of the Bush tax cuts would imply an increase in income tax rates across all income levels by about 5 percentage points in 2013. Associated with
the expiration of Bush tax cuts are the phase-out of the reduction in the Federal Child Tax
Credit and an increase in the maximum tax rate for long-term capital gains by about 5
percentage points. The expiration of the 2 percentage-point reduction in employee
payroll taxes would imply a decline in aggregate disposable income by about $125
billion. Moreover, the expiration of emergency unemployment compensation, which was
first passed into law in 2008 and has since been extended in the past four years, would
imply a reduction in consumption spending by about $40 billion.3 On the expenditure
side, the automatic budget cuts, written into the Budget Control Act as a result of the
Super-committee’s failure in 2011 to reach an agreement on bringing the government’s
deficit down to a sustainable level in the next ten years, will be activated, cutting
expenditure by $98 billion. Together these actions amount to a downward aggregate
demand adjustment of 4 per cent of GDP.
Given the political divide in Congress and the forthcoming presidential election, it
is almost certain that no agreement will be made before the election. After the election,
only a few weeks will be left for Congress to act before the fiscal cliff provisions take
effect. Even if Congress acts after the election, the specific result of the agreements will
also depend on the outcome of the election. In the worst case, political gridlock would
prevent Congress from reaching any agreement, leading to a full-scale drop in
government spending by about $98 billion and substantial hikes in taxes amounting to
$450 billion in 2013. It would be reasonable to assume that after realizing colossal
damages to the economy the policymakers would be forced to reach an agreement on
reinstating those tax reduction measures and on ceasing the automatic spending cuts in
the second half of 2013.
A stand-alone simulation shows that, compared with the baseline, private
consumption in the United States would decline by 5 percentage points in 2013,
government spending would drop by more than 3 percentage points, and investment
would also decline significantly, and so would import demand. As a result, GDP would
lose 3.8 percentage points in 2013 and another 1 percentage point in 2014 compared with
the baseline.

In the United States, fiscal tightening continues in the outlook. Real federal
government spending on goods and services is expected to fall about 3 per cent in 2013
and 2014, after a fall of about 2.5 per cent in the previous two years. Uncertainty,
however, remains surrounding a possible “fiscal cliff” scenario (see the section on
uncertainties and downside risks in the global economic outlook). In the baseline, it is
assumed that the 2 per cent payroll tax cut and emergency unemployment insurance
benefits are extended for 2013, and then phased out gradually over several years. It is
also assumed that the automatic spending cuts now scheduled to begin in January 2013
will be delayed, giving more time for the new Congress and president to produce a
package of spending cuts and tax increases, including a combination of cuts in Medicare,
Medicaid, and Social Security, and increases in income taxes, effective in 2014. The
Bush tax cuts are assumed to be extended for 2013-2014.5

Monetary policy
Two common features are found in the outlook for monetary policy in major developed
economies: (1) policy interest rates will stay at, or close to zero for the forecasting period
of 2013-2014, and (2) the central banks of these countries launched new rounds of
unconventional monetary policies, or in loose terms, quantitative easing (QE), in
September 2012, in a concerted action. The Federal Reserve (Fed) of the United States
announced the purchase of agency mortgage-backed securities at a rate of $40 billion per
month until the labour market improves substantially.
Alternative policy options: more forceful and concerted actions are needed
Given the looming uncertainties and downside risks as discussed in the previous section,
it is highly possible that the current policy stances as summarized above may fail to
prevent the global economy from slipping into another recession. Policymakers
worldwide need to think about alternative policy options. 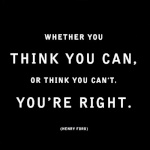 A little like reading Grimm's Fairy Tales before bed as a child .... I feel a need to pull the covers over my head so the bogie man won't sneak up on me during my sleep.