Branch Managers of the big National Banks don't have a clue!

Branch Managers of the big National Banks don't have a clue!

After the great news on Okie’s Chat (fantastic site by the way) this afternoon (Fri 5 Aug), I decided to head to my local Wells Fargo branch before they closed. Several people on the chat asked me to post my experience in the forum. Hopefully this is the right place.

I’m convinced not even Branch Managers of the big national major banks know what the heck is going on! I asked to speak with the manager. I simply said something like: “let me ask you something straight up!” “Do you know ANYTHING about the Iraqi Dinar and the RV”? He said “yes I do, and we’re not doing anything about it”. “Wells Fargo denied the Iraqi Dinar”. I asked him if that was just this branch’s policy and should I go to the main office in Phoenix. He said no Wells Fargo banks in AZ were getting involved with the Iraqi Dinar, and suggested I check with one of the other four big banks. He also said I was about the 4th customer who has asked about Dinars during the past month. He suggested I check with Chase, gave me his card, and wished me luck. He also said he thought it sounded like a great investment. I forget to ask him if he had any.

I left the bank at 17:53 hrs (5:53 pm AZ time) trying to remember where I had seen a Chase branch bank. Then I remembered the Bank of American Branch I used to bank with a block away and headed for it, arriving at 17:55. A couple of people were deep into conversation, so I bypassed the line and went up to the next available teller and asked to speak with the branch manager. He quickly hurried over to the other side of the bank and began talking with her. I hurried over and met her walking my way, and said, “I know it’s quitting time and I can see your family is waiting for you (her husband was holding her infant), so I’ll get right to the point. Do you know anything about the Iraqi Dinar. She said she did and even had a customer who had a lot of his money invested in Dinars. She said he’s constantly sending her emails and she said they were the wildest rumors you could imagine. I told her I bought Dinars a couple of years ago as a long term investment, put them in my safety box, and forgot about them. Just recently a friend told me about all the activity taking place. She was adamant that it was nothing but rumors and a hoax! “So your Bank of America branch won’t take Iraqi Dinars?” “Absolutely not, and that goes for all Bank of America branches in Arizona!” She then went on to say “maybe after the election things will change”. She was very polite but very firm and believed it was a very foolish investment propped up by nothing but rumors.

Guess I'll now visit Chase/Wachovia on Monday and see if they know anything! 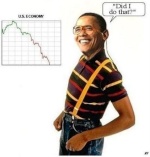 Once the iqd hits forex they all will remember what a great investment it is !

Wachovia is now Wells Fargo....so the only one you have left is Chase right? Did you also try Suntrust? I forgot which one you said you went to

Wasn't there something about this in Studley's CC? I thought I remember one of them saying that banks will not even give you the time of day on this...but once it RV's, they are breaking out the red carpet, bells, whistles, etc. My advice would be to remember who has treated you the best before this happens, whether when inquiring about the dinar to them, or just everyday loans/transactions, etc. I've already weeded out some banks and branches.

I guess Texas banks are a little more with it. I just opened and account in a Bank in Walmart. They have several branches all over Texas. I purchased some VND from them at a lesser rate than on the net. The teller was vested in the IQD. She asked me to keep her posted and I said for her to do the same. WF here is also aware of it. We have trust account there and they want our biz. FYI