June 25th, 2012
About this time last year many of the gurus started getting on board with the notion that this would be a global financial re-set, not just a revaluation of the IQD. Since then more and more players have entered the scene and more reasons offered as to why this “massive undertaking” is taking so darned long.As is always the case with those of us who aren’t plugged in to the rafter dwelling crowd the biggest question still remains…”When?”.


We hear each day of more of our comrades having health issues or financial difficulties or losing hope etc. as the seemingly endless wait continues. Yet each day the gurus in whom we have placed our trust tell us all is done, we simply await the release of the codes, rates, numbers,etc. So when is “when”?

Have you ever had your home remodeled? Even a small project like a bathroom update can turn into a nightmare of missed deadlines, wrong colors, bad scheduling between contractors and such. Now imagine that everyone on your block is having their entire home remodeled – at the same time!

The whole street is a mess and everyone is tired and frustrated with the delays and the confusion. You’ve all been put out and inconvenienced for a long time and have occasionally had to rely on each other for a place to stay or a meal to eat as your lives are turned upside down…..But all of the projects must be completed at the same time so when one is delayed – all are put on hold.

Now imagine remodeling the entire financial system of every country in the world. Sure, we think the USA may only need some spackle and a new coat of paint, but we have to wait while they bring some of the other countries out of the 19th century; and that takes some time. A long time…during which we get frustrated and short-tempered with every notification that “it’s all done”.

Each entity has a task to perform separately from the rest but must be integrated with the whole at the proper time – or else you have to go back and rip out sheet rock to put in wiring, or dig out the foundation to run drain pipes….you get the picture.

So when is “when”? This project is not like that home makeover show where you know that at the end of the hour they all shout “Move that Bus!” and the beautiful house is revealed where just before the commercial break there was only a disorganized mess.

This is the real world folks and things don’t work that way. Usually. Most of the gurus tell us that there are signs of progress to look for (though some disagree on the importance of these) and others tell us to just sit back and wait – not to micromanage it. Good advice since all your worry and aggravation will have no effect on the outcome.

Some are saying not until January 2013, some say any second now, who knows? It has been pointed out that the Kuwaiti RV was made public internationally at 3:30 EST or thereabout, ten days after having RV’d in-country.

That was before personal computers and instantaneous information was available to the average person, and since that time exponential leaps forward have been made in banking technology and security so this could very well happen in the blink of an eye world wide.

But would they interrupt a normal business day to change the entire world financial system? I don’t think so – now that would create some chaos!

My two cents worth says the switch would have to be done when all the world’s financial entities are closed and that we would wake up to a new system which on the outside would look and act the same so as to not create a problem.


But what do I know, I don’t have high up contacts in any government agencies. All I have are seventeen years of experience in macro-economics which tell me this will be a very quiet change over. No announcement. No fanfare.

The US Treasury and the Department of printing and engraving have been good at giving excuses why they have not yet released the new $100 bill and are “working to solve the problem”. Really? After printing BILLIONS of dollars worth which still sit in warehouses rather than being destroyed? Sounds like a weak excuse.

These are the interim bills to be introduced to the public to ease the transition from the fiat FED back to the Asset Value of Treasury Notes. Just look at the artwork and you can see the change-over has been expected and in the works for a while now.

Oh well. Until then we just wait…for the right market conditions? for the bad guys, ‘foxes’, and evil entities to be “dealt with”? I don’t know. There is lot going on folks; a lot more than just our little RV, and I for one don’t know when “when” will be.

I just wake up every morning and check the progress and then get on with my day. I hope you do the same and can have some peace of mind because when this finally does happen it will be a whole new adventure…… 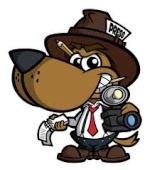 Thanks for your wisdom and sanity in all of this, I completely agree, the any second, next month, next week, is not something anyone should rely on, no matter how much faith they have in a guru, or even the break down of a news article, this will happens when every single thing that needs to be accomplished is accomplished, and who's to say what those tasks are, there are so many theories floating around, and some sound ones, but........we really don't know what the final steps to be taken are going to be. In my case, waiting and patience are huge factors, and happily too, why? Because when this does finally come to an end, the little bit of money spent on this nearly 10 years ago will be worth every second, every minute, and every year I've waited! :yes: 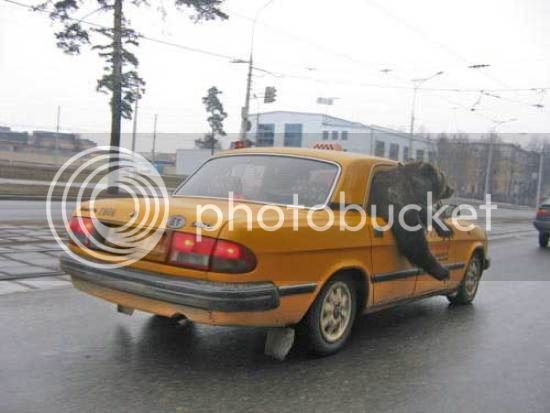 7.....10 it's all the same after the 2 year mark, lol, takes that long for most to get wise to the stuff spread around, and by stuff i mean poop of course, lol

hey doodoo ya got my vote!

glasshalffull wrote:hey doodoo ya got my vote!

Thank you very much! If you donate 100k dinars to my fund, I might make you czar of KoolAid and other potent potables!
*****************
SENATOR DOODOO
Support Term Limits for US Congress

The first fails the common sense test and the stink test, as does the second. The last while possibly making some sense, totally lacks evidence. The new hundreds? Still Federal Reserve Notes:

Nothing new there really. Even IF they were to move to an asset based currency, it would make no difference unless and until the government learns to live within their means.

Remember, we were on the gold standard well into the 60's, the government was still spending into deficit ever year. Had they not changed, and we continued to spend the way we have, we would still be in a mess ...
*****************
Trust but Verify --- R Reagan

It will always be in a 'mess' 'til we get the groundhog out of the garden,and feed him sakrete and peanutbutter mixed together-{ It hardens in their stomach, and like 'Raid'}, kills those groundhogs dead!!

terbo56 wrote:It will always be in a 'mess' 'til we get the groundhog out of the garden,and feed him sakrete and peanutbutter mixed together-{ It hardens in their stomach, and like 'Raid'}, kills those groundhogs dead!!

Is this one of those groundhogs you been feeding, Terbo?

Yup!! I gotta use MORE sakrete, I guess- Next trick, mothballs to 'sweeten' the mix!!

With all the sakrete he's been eating, when ever he leaves a 'Pile', if he was smart, he'd build himself or his relatives a house!!

I don't think that is a groundhog... It looks like a marmot, we call them mormons for short and we can spell it...

You don't want these around if you have garden, flowers, etc. They eat everything down to nothing...

"Only one life will soon be passed, only what's done to Christ will last..."

glasshalffull wrote:hey doodoo ya got my vote!

Thank you very much! If you donate 100k dinars to my fund, I might make you czar of KoolAid and other potent potables!

Hey that is one heck of a deal

glasshalffull- Sounds to me like he's trying to 'FAST' talk you into parting with your hard earned dinars!! Gotta watch him, that's for sure!!