What Happened on April 16th

What Happened on April 16th

The term "Cold War" was coined. (1947) Bernard Baruch, a financier who served as an adviser to several US presidents, gave a speech in the South Carolina House of Representatives in which he used the term "cold war." The word was immediately picked up by magazines and newspapers and became embedded in popular consciousness.

The Texas City Disaster occurred. (1947) The accident is considered the worst industrial accident in US history because of the high number of fatalities. The disaster occurred when a fire aboard a fertilizer ship sparked a massive explosion, killing about 600 people.

LSD was discovered to be hallucinogenic. (1943) A Swiss chemist accidentally took some LSD while experimenting with lysergic acids, and reported having a "not unpleasant intoxicated-like condition" along with hallucinations. The drug became popular as a recreational drug until it was made illegal in the US in 1965.

Slavery became illegal in the District of Columbia. (1862) About 3,000 slaves were freed in one of the first moves leading up to the Emancipation Proclamation.

Walter Cronkite became the anchor of "The CBS Evening News." (1962) Often called the most trusted man in America, Cronkite covered some of the most important events in the 20th century during his tenure on the Evening News, including the assassination of President Kennedy and the Watergate scandal.

Apollo 16 launched. (1972)Apollo 16 was the tenth mission in the Apollo series, and was the fifth American spacecraft to land on the moon. Despite a malfunction in the propulsion system, the mission was successful, and the crew explored the previously unmapped highlands regions.

Charlie Chaplin was born. (1889) Chaplin was one of the titans of the early American film industry, and his films are still considered classics. He left America after being accused of Communist sympathies to live out the rest of his life in Switzerland, but eventually won an honorary Oscar as well as British knighthood.
*****************
Tweet

What did NOT happen on April 16th: The RV.

Although I do believe there are some "predictors/soothsayers" have partaken in the LSD mentioned above. There is no other sensible explanation for some of the things one reads out there... 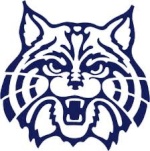 Happy Birthday to your Dad, Clydesdale! How old is he? My boss turned 87 today.

He turned 60 today, thank you for the B-day wishes

Similar topics
» Iraq will host the 16th trade fair of the Islamic Cooperation countries early next April
» FLEMING MILITARY INTEL CONTACT, April 15 -Tier4b notification for appointments would be within that 48 hours from Mon. 13 April.
» April Update/April Fool (4/1/2013)
» Breitling Reports for Dec 16th - 17 - and 19 th
» Frank26 says that on the 16th there may be a floating rate