Demanded that the parliamentary Economic Committee on Thursday, the House of Representatives to prevent the government from the 'excess' on the work of the Central Bank, arguing that the decision taken by the wait to lift the zeros of the Iraqi currency is not within its powers, while confirming that the bank is the reference of Parliament.

A member of the Economic Commission Mahma Khalil told the 'Sumerian News',' beyond the Government on the powers of the Central Bank through the decision taken by the patient to raise zeros from the currency is unacceptable ', noting that' attempts to recent intervention work of the bank and link it caused confusion in the his work '.

He said Khalil, a deputy from the Kurdistan Alliance, that 'this is the impact on the citizen's confidence in Iraqi currency, which led to the high exchange rate of U.S. dollar against Iraqi dinar'.

The Council of Ministers decided, on Thursday, April 12, 2012, to wait in the application of the deletion of zeros from the national currency.

He called the House of Representatives to 'stand in front of this intervention is firmly', stressing that 'the central bank an independent body administratively and financially, and authority of Parliament in accordance with the Constitution.'

Khalil added that 'the bank does not require any decision to issue currency', attributing the cause to be 'has a law on the basis of prior work.'

The face of the Iraqi Council of Ministers, on Wednesday (April 11, 2012), to form a committee to study the fluctuation of the exchange rate of Iraqi dinar, as he emphasized that the Commission will provide appropriate solutions to prevent harm to the national economy.

The head of the Iraqi Council of Representatives Osama Najafi said, in (April 10, 2012), that the Council will host a Bank Governor Sinan Shabibi at a hearing to show the issue of the exchange rate of the dollar against the Iraqi dinar, as attributed Shabibi the reasons for rising to the weakness of domestic production and the weakness of the government's actions.

The Iraqi market is currently witnessing a rise of the U.S. dollar against the Iraqi dinar, as sales rose from the Iraqi Central Bank foreign currency, while the central bank attributed the cause as well as to finance trade in the neighboring countries of Iraq by the merchants.

The parliamentary Economic Committee demanded on Thursday, deputies prevented the Government from ‘ override ‘ the work of the Central Bank, saying its decision to wait to lift the zeroes from the Iraqi currency was not within its purview, confirmed that the bank reference is Parliament.

Economic Committee Member said on Halil mohama for ‘ Sumerian News ‘, ‘ exceeded Government today powers the Central Bank through its decision on wait-lifting currency zeros ‘ unacceptable, pointing out that ‘ recent attempts to interfere with the work of the Bank and linked by confusion caused in his work ‘.

And Khalil, a Deputy from the Kurdistan Alliance, that ‘ this impact on citizen confidence in Iraqi currency, leading to rising US dollar to Iraqi dinar ‘.

The Cabinet decided on Thursday 12 April 2012, wait in the application deleting zeros from the national currency.

Called by the House to stand before this intervention packages ‘, adding that ‘ the Central Bank independent administratively and financially, and its Parliament in accordance with the Constitution.

Khalil said that the Bank does not require any decision issuing currency ‘, ‘ main reason that has prior work on the basis of law ‘.

The Iraqi Cabinet, Wednesday (11 April 2012), formed a Committee to study the volatility of the exchange rate of the Iraqi dinar, that the Commission will present appropriate solutions to prevent harm to the national economy.

He was Chairman of the Council of representatives of Iraq, Osama alngivi (10 April 2012), that the Council will host the Bank Governor Sinan Al-Shabibi hearing to issue dollar Iraqi dinar, in attributing causes to weak Shabibi local production and weak government actions.

The Iraqi market is currently experiencing a rise of US dollar to Iraqi dinar, as sales of the Central Bank of Iraq of hard currency, with the Central Bank attributed the reason in addition to the financing of trade with neighbouring countries by Iraqi businessmen.

Deputy Central Bank Governor Mohammad Saleh appearance on 19 January 2012, raise the price of the Iraqi dinar against the dollar during the sessions for the sale and purchase of foreign currencies with four dinars, indicating that the nominal dinar is not commensurate with the PPP or the real price of the dinar exchange rate against the dollar. 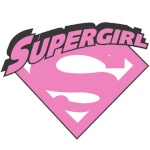 And does make one stop and think what is truely going on!

I say raise the value of the dinar and the Iraqi people will say "forget the usd", I want to use dinar now

punisher wrote:I say raise the value of the dinar and the Iraqi people will say "forget the usd", I want to use dinar now

With the pride most middle easterners show, that could be very true
*****************
Being defeated is often a temporary condition. Giving up is what makes it permanent.
Marilyn Vos Savant

punisher wrote:I say raise the value of the dinar and the Iraqi people will say "forget the usd", I want to use dinar now

With the pride most middle easterners show, that could be very true

Page 1 of 1
Permissions in this forum:
You cannot reply to topics in this forum
Who is online?
In total there are 65 users online :: 1 Registered, 0 Hidden and 64 Guests :: 2 Bots