What happened on April 5th

What happened on April 5th

The hoarding of gold coin and bullion became illegal in the US. (1933) President Franklin Roosevelt signed Executive Order 6102, which ordered people to bring in their gold coins, bullion, and certificates to exchange it for dollars in hopes of boosting the US economy.

The Battle of the Ice took place on the border of Russia and Estonia. (1242) The battle took place between the Novgorod Republic, a medieval Russian state, and a group of crusaders. It was fought almost entirely on top of a large frozen lake and only ended when the ice collapsed under several thousand soldiers.

Helen Keller had her breakthrough with the manual alphabet. (1887) Anne Sullivan had been attempting to get Keller to make the connection between objects and words for about a month before she had her breakthrough associating the word "water" with water running across her hand. Keller progressed rapidly after that, and is said to have exhausted Sullivan by running around asking the names of everything she could reach.

George Washington exercised the first presidential veto. (1792) Washington vetoed a measure that would have provided more seats in the House of Representatives for northern states than for southern states. He only exercised his veto one other time while in office; that was to prevent a reduction in the number of cavalry units in the army.

Pocahontas married John Rolfe. (1614) Pocahontas had served as a go-between for her father's tribe and the English settlers for years, and her marriage ensured peace between the two. Rolfe was an English planter who introduced tobacco to America, and upon marrying him, Pocahontas became "Lady Rebecca."

Winston Churchill resigned. (1955)Churchill had been suffering from bad health for some years, though he remained in parliament even after resigning as Prime Minster. He is best known for leading Britain through World War II as well as his wit and signature cigars.

Thank you and Good Morning Ms Ponee...I hope you have a Wonderful Day!!!

I LOVE YOUR WIDGETS !!! You have a great day also MISS HORIZON!!!!! 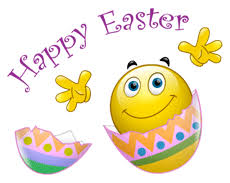 The hoarding of gold coin and bullion became illegal in the US. (1933) President Franklin Roosevelt signed Executive Order 6102, which ordered people to bring in their gold coins, bullion, and certificates to exchange it for dollars in hopes of boosting the US economy.

BUT, this only applied to Federal Personal!

I especially liked this one...A president who truly loved his country. Thanks for the history ponee
George Washington exercised the first presidential veto. (1792)
Washington vetoed a measure that would have provided more seats in the
House of Representatives for northern states than for southern states.
He only exercised his veto one other time while in office; that was to prevent a reduction in the number of cavalry units in the army.
*****************
Love understands, Love supports, comforts and, cares for. Love forgives. Love also honors, respects and, believes
so please;
Love each other and yourself ...rick152

ONe of these days, we will be able to look back and read that on THAT DAY... the IRAQI DINAR REVALUED and many people lived happily ever after.

Now that will be historic!

Hope it is on Good Friday! That would be real good!

Happy Easter to all!!

Love your new avatar Ponee!! Good Friday will be our day. New start and we are all ready for that,

Oh Ponee...I'm getting to this late. Looked for this this am, but must have looked before you posted.

Also, my son was born 9 years ago, and today was baptized. Doesn't compare with the above information, but wonderful to me! <3