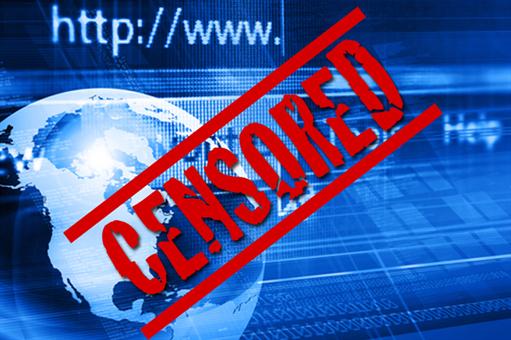 The state legislature of Arizona has passed a bill that vastly
broadens telephone harassment laws and applies them to the Internet and
other means of electronic communication.

The law, which is being pushed under the guise of an anti-bullying
campaign, would mean that anything communicated or published online
that was deemed to be “offensive” by the state, including editorials,
illustrations, and even satire could be criminally punished.

“The bill is sweepingly broad, and would make it a crime to
communicate via electronic means speech that is intended to ‘annoy,’
‘offend,’ ‘harass’ or ‘terrify,’ as well as certain sexual speech.
Because the bill is not limited to one-to-one communications, H.B. 2549
would apply to the Internet as a whole, thus criminalizing all manner
of writing, cartoons, and other protected material the state finds
offensive or annoying.”

First Amendment activist group Media Coalition has written to Arizona Governor Jan Brewer, urging her not to sign the legislation into law.

The letter notes that the terms used in the bill are not defined in
the statute or by reference, and thereby the law could be broadly
applied to almost any statement.

“H.B. 2549 would make it a crime to use any electronic or
digital device to communicate using obscene, lewd or profane language
or to suggest a lewd or lascivious act if done with intent to ‘annoy,’
‘offend,’ ‘harass’ or ‘terrify,’” the letter notes. … ‘Lewd’ and
‘profane’ are not defined in the statute or by reference. ‘Lewd’ is
generally understood to mean lusty or sexual in nature and ‘profane’ is
generally defined as disrespectful or irreverent about religion or
religious practices.”

“H.B. 2549 is not limited to a one to one conversation between two
specific people. The communication does not need to be repetitive or
even unwanted. There is no requirement that the recipient or subject of
the speech actually feel offended, annoyed or scared. Nor does the
legislation make clear that the communication must be intended to offend
or annoy the reader, the subject or even any specific person.” the
letter continues.

In this respect the law could even technically be applied to someone posting a status update on Facebook.

“Speech protected by the First Amendment is often intended to
offend, annoy or scare but could be prosecuted under this law.”The
Media Coalition letter continues.

“A Danish newspaper posted pictures of Muhammad that were intended
to be offensive to make a point about religious tolerance. If a Muslim
in Arizona considers the images profane and is offended, the paper
could be prosecuted. Some Arizona residents may consider Rush Limbaugh’s
recent comments about a Georgetown law student lewd. He could be
prosecuted if he intended his comments to be offensive. Similarly, much
general content available in the media uses racy or profane language
and is intended to offend, annoy or even terrify.”

“Bill Maher’s stand up routines and Jon Stewart’s nightly comedy
program, Ann Coulter’s books criticizing liberals and Christopher
Hitchens’ expressions of his disdain for religion, Stephen King’s novels
or the Halloween films all could be subject to this legislation. Even
common taunting about sports between rival fans done online is
frequently meant to offend or annoy, and is often done using salty and
profane language.”

This type of legislation is far from unprecedented. Last year, former
president Bill Clinton proposed a law to censor internet speech. “It
would be a legitimate thing to do,” Clinton said in an interview that aired on CNBC. Clinton suggested the government should set-up an agency that monitors all media speech for supposed factual errors.

“That is, it would be like, I don’t know, National Public Radio or
BBC or something like that, except it would have to be really
independent and they would not express opinions, and their mandate would
be narrowly confined to identifying relevant factual errors” he said.
“And also, they would also have to have citations so that they could be
checked in case they made a mistake. Somebody needs to be doing it, and
maybe it’s a worthy expenditure of taxpayer money.”

Cass Sunstein, head the Office of Information and Regulatory Affairs, has also proposed banning speech on the internet
that the government disagrees with. Sunstein proposed the creation of
an internet “Fairness Doctrine” similar to the one that was used for
years to limit and eliminate free speech on the radio.

This legislation represents yet another move to police and control
freedom of expression via the internet. Once again it grants the state
and the government the direct right to determine what is and is not
“offensive” on a whim. It then allows for the prosecution of individuals
and organisations based on such summations – an extremely dangerous
precedent to set.

Sounds like a nice First Amendment challage should be coming soon.