I will leave it up to you as to how or if this article relates to our situation. It is for informational purposes only and any similarities within the article are "strictly coincidental".

Everybody lies. It may only be “white” lies, but everyone tells lies or “omits the truth” sometimes. We start lying at around age 4 to 5 when children gain an awareness of the use and power of language. This first lying is not malicious, but rather to find out, or test, what can manipulated in a child’s environment. Eventually children begin to use lying to get out of trouble or get something they want. White lies, those concocted to protect someone’s feelings, are not a big deal at all. The person, however, who seems to feel compelled to lie about both the small and large stuff has a problem. We often call these folks pathological liars (which is a description, not a diagnosis). They lie to protect themselves, look good, gain financially or socially and avoid punishment. Quite often the person who has been deceived knows that this type of liar has to a certain extent deluded him or herself and is therefore to be somewhat pitied.A much more troubling group is those who lie a lot — and knowingly — for personal gain. These people may have a diagnosis called antisocial personality disorder, also known as being a sociopath, and often get into scrapes with the law. Lying often gets worse with the passage of time. When you get away with a lie it often impels you to continue your deceptions. Also, liars often find themselves perpetrating more untruths to cover themselves. We hold different people to different standards when it comes to telling the truth. We expect, for example, less honesty from politicians than from scientists. We have a vision of purity about those who are doing research, while we imagine that politicians will at least shade the truth about themselves in order to get elected. Why do we dislike liars, especially sociopaths, so much? It’s a matter of trust. When a person lies, they have broken a bond – an unspoken agreement to treat others as we would like to be treated. Serious deception often makes it impossible for us to trust another person again. Because the issue of trust is on the line, coming clean about the lie as soon as possible is the best way to mend fences. If the truth only comes out once it is forced, repair of trust is far less likely. As a parent, the most important message you can send your children about lying is that you always — always — want them to come clean with you. No matter how big a whopper they have told, remind them that you would always rather hear the truth, no matter how bad it is, than be deceived. Tell them there is really nothing more sacred in your relationship than your trust of each other. Of course, all this presupposes that we have discovered an untruth — some people are so expert at deception that it often takes a long time to find out that we have been lied to.How, then, can we best detect whether we are being misled? There is no foolproof way, but there are often clues you can see in behavior that should make you suspicious:Avoidance of eye contact: Usually someone makes eye contact at least half the time they are talking to you. If you notice them avoiding eye contact or looking down during a specific part of a conversation, they may well be lying.Change of voice: A variation in pitch of voice or rate of speech can be a sign of lying. So can lots of umms and ahhs.Body language. Turning your body away, covering your face or mouth, a lot of fidgeting of hands or legs can indicate deception.Contradicting yourself:. Making statements that just don’t hold together should make you suspicious. If you lie all the time, even about unimportant things, you are likely to have a problem that will eventually -- if it hasn’t already -- cause you real relationship, financial or legal troubles. Figuring out what is driving you to lie in the first place will help heal this self-destructive behavior. This may mean going into treatment with a therapist to discover why you feel the need to deceive.Dr. Gail Saltz is a psychiatrist with New York Presbyterian Hospital and a regular contributor to “Today.” For more information, you can visit her Web site, www.drgailsaltz.com.

Please remember...... this is just a little article I ran across and thought I would share with all my OOM friends. As a parent, I often found myself asking myself the same question over and over again. So, I googled it and this article popped up.

I'm sure that everybody here has felt like they have been lied to at one point or another in thier life. Be it a child or other family member, a friend or other relative, or somebody such as a stock broker or other type of person who is trying to get you to invest in thier product, at some point in your life I assure you that somebody somewhere has told you a lie of some sort.

I just thought this article was interesting and it answered some of my questions.

I have always thought that the two lies most told, Santa Claus and the Easter Bunny.
*****************
Being defeated is often a temporary condition. Giving up is what makes it permanent.
Marilyn Vos Savant

@1alaskan wrote:I have always thought that the two lies most told, Santa Claus and the Easter Bunny.

Don't forget the Tooth fairy and the Great Pumpkin:)

OH, we have a tooth fairy in our home, My wife claims that title, she says the tooth fairy does all the things around the house that seem to just get done, her!
*****************
Being defeated is often a temporary condition. Giving up is what makes it permanent.
Marilyn Vos Savant

My personality is as "blatently honest" and gets me in trouble SO I ask you...Is it better to trust the baltently honest or not trust the pathalogical liar?

I mean you can trust the baltent and not the pathological but which would you rather hear??? "yes dear that dress looks great" ....Or 'Wow you look like heck in that dress"...Who lied??? 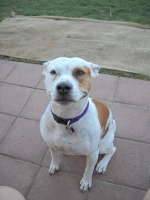