According to the gent who owns the currency exchange here in Sarasota, Kuwait is the highest rated currency in the Mideast. He himself spent fifty thousand dollars on dinar. He said he gets hundreds of calls daily from people who still think it is a scam. He does not think that, but feels that nobody really knows when it will actually revalue. It could be tomorrow or months or possibly years from now. He also said that the Arab summit is costing billions and there are still a lot of starving people in Iraq. There is always a lot of corruption where money is involved.

@Coastie wrote:Iraq and IMF both claimed about 1 month ago on TV that the IQD would be the strongest currency in the ME. KWD is presently a little over $3.70 so it would have to be higher than that.

Price has nothing to do with strength... Right now the Iraqi Dinar is the strongest currency in the ME!!!


I do think along with strength they want to contend with Kuwait for value as well. I do believe $4 is the minimum we are looking at.

I agree but not without some sort of adjustment to the M2 first. Kinda hard to back 30 (now 33) TRILLION with only $60bill in reserves......


I think that all of the dinar brought in from the U.S. will be traded for oil, Which would eliminate a large need to have cash reserves. Plus at $85 / barrel they are bringing in about 212 Million daily in oil revenue.
Not arguing, Just maybe giving you something to think about.

I really am a friendly Clydesdale

YEEEEAAAAAAAY!!
Our TRB and Clydesdale are buds!! :cheers:

@Clydesdale wrote:I'm ok with that, it's better than nothing! 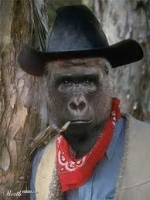 No 'Mouse' runs up my clock!

@bigdaddytim wrote:I agree with one of the things that the "4-14's" say.....we are definitely "closer than we have ever been"!!!

@bigdaddytim wrote:I agree with one of the things that the "4-14's" say.....we are definitely "closer than we have ever been"!!!

Hopefully these two incidents do not occur in alphabetical order!!

OH NO!!! I'm not going to the funeral home,'Dunn and Overwith!!

If in fact that is the case,fill my boots up with sand, put a stiff drink in my hand, prop me up, beside the jukebox if I die!!:cheers:

What songs do I select on the juke box and does it take dinar?

Waylon and Willie, Joe Diffie, or all your favorites,and the bartender will gladly exchange your dinar, as long as the beer is on the house at that particular time!!

Excellent selection in music. Of couse I would at little Hank Jr.

Indeed, and Maybe some Roger Miller, or Johnny Cash- Wouldn't hurt my feelin's any!!

Personally, this monkey could seriously relax with tequila and some Don Williams and Vern Gosden!!!!
*****************
Never Argue With A Fool – They Will Drag You Down To Their Level, Then Beat You With Experience!

Don't worry Terbo ... we've arranged for all the details to be handled by that fine law firm Dewey, Cheatham, and Howe! I am sure they will do an excellent job. They gave me a great discount on the limo too!

@bigdaddytim wrote:Personally, this monkey could seriously relax with tequila and some Don Williams and Vern Gosden!!!!

Anymore news from your business friend with his business investing heavily in the dinar?

Guys I got the night off, WOOOOOOHOOOOOWOOOOOO,,, Yeah do it <<<< work that RV WOOOOOOOHOOOOOOWOOOO Bring this Baby Home , Give it to Me ........

@HeadNotTheTail wrote:Guys I got the night off, WOOOOOOHOOOOOWOOOOOO,,, Yeah do it <<<< work that RV WOOOOOOOHOOOOOOWOOOO Bring this Baby Home , Give it to Me ........

If Kap is going off of articals from iraq for his info on rates, he is going to be pleasantly surprised when it comes out higher. You just cannot believe the articals. They contradict all the time and are never reliable to begin with. I have always thought Randy Coonce had a solid take on the rate. Take the budget needs and divide gdp into it and the rate is the multiplier to make the budget work. Pretty simple. hits somewhere around 3.40 or so. Maybe they adjust upward for some inflation and it comes in around 4.

@Kevind53 wrote:Don't worry Terbo ... we've arranged for all the details to be handled by that fine law firm Dewey, Cheatham, and Howe! I am sure they will do an excellent job. They gave me a great discount on the limo too!

Looks like someone lost their a$$ end.
*****************
Being defeated is often a temporary condition. Giving up is what makes it permanent.
Marilyn Vos Savant

...and somebody found it!

Yep, old news and we shall see sometime in the future who is right! AJ

I feel it in my Bones, Just waiting for the call so I can begin dancing. Like these guys.

@terbo56 wrote:If in fact that is the case,fill my boots up with sand, put a stiff drink in my hand, prop me up, beside the jukebox if I die!!:cheers:

Page 2 of 2
Permissions in this forum:
You cannot reply to topics in this forum
Who is online?
In total there are 167 users online :: 0 Registered, 0 Hidden and 167 Guests :: 2 Bots