Financial Expert:
the Exchange Rate of the Dinar Against the Dollar may be Equal During the Next Two Years Thanks to Central Bank Policy
February 26, 2012 Filled under All Dinar Trade Articles

Baghdad (news) ..
Expected economic researcher Hussein star is equal to the exchange rate of the Iraqi dinar against the U.S. dollar during the next two years as a result of central bank policy in support of the currency, stressing that this process depends on the political and economic stability of the country.

Said the star (of the Agency news): The central bank succeeded managed through its control of the cash raised in the local markets, and make the Iraqi dinar rises two points during the month of February the current and this is an important development and significant in the work of monetary policy in Iraq.

He added that the Iraqi dinar today has become an important currency and influential in world markets being covered with cash reserve large of hard currency, which is estimated at (60) billion dollars, and this number is too large due to central bank policy in support of the national currency.

The Star: that the process is equal to the Iraqi dinar against the U.S. dollar depends on the strength and stability of the Iraqi economy and the domestic market as well as political stability and security environment is quiet, and perhaps up to during the next two years.

DP, I was just wondering, since you sold back all of your dinar the other day, what is your purpose for joining us on this beautiful day?

@ponee wrote:DP, I was just wondering, since you sold back all of your dinar the other day, what is your purpose for joining us on this beautiful day?

Try to have a BETTER outlook-:o

The only thing we're waiting for is DR Shabibi give the go ahead. 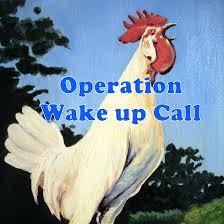 Just be careful, we all know what eventually happens to the roosters...

Thanks for the alarm dp -- I trust your intentions are good

*****************
Greatness lies, not in being strong, but in the right using of strength; and strength is not used rightly when it serves only to carry a man above his fellows for his own solitary glory. He is the greatest whose strength carries up the most hearts by the attraction of his own -- Bryant

“When you judge another, you do not define them, you define yourself.” ― Wayne W. Dyer

Despite what you seem to think, we really don't need you to wake us up. We all are aware of the possibilities, probabilities, perils and pitfalls. In many cases probably more so than you are. Many of us choose to see the glass half full rather than half empty. If we choose to have a positive outlook, we really don't need you to rescue us from it. You are welcome to have one for yourself if you want, just don't try to inflict it on us.

Personally, I have had a lot of fun contemplating the possibilities IF they WERE right. It has been very enjoyable, and if they were wrong, well that's cool, because I never took it as gospel truth. I know that the only one we can ever count on 100% is God, and so He is the only one I never expect to fail me. Everyone else will fail me, no matter how well intentioned.
*****************
Trust but Verify --- R Reagan

Man, I love that kind of stuff!!

Dp it sounds like you have anger issues, I completely understand I have been where you are. This ride is confusing if nothing else, and it doesn't help when we have people who have positioned themselves as leaders who claim to have contacts in places so high they can touch the stars, and who then make bold claims like calling the RV completed and even give us a rate and date. Then the rate and date do not come to pass and it can make you angry.

With time you learn that you cannot count on "intel" because it is no more substantial than smoke in the wind. You learn that you are either in this for the long haul or not. You learn that if you read the news, that is just as confusing as the "intel" from the people who have positioned themselves as leaders claiming to have those contacts so very high up in the sky.

In the end you just have to either accept that you will never know when or if this is going to happen and just make a decision to either stay regardless of all the confusion or you get out and move on with your life. If you decide you are in until the end, as most of us have, then you have to learn to just take everything you read with the smallest grain of salt and just ignore just about everything you read because in the end we can't count on the news coming out of Iraq because it is constantly contradictory and we can't count on the people providing intel because it is insubstantial as smoke in the wind.

I am not a religious person so what I am going to say next is kind of hypocritical but here goes. You have to have FAITH in your initial decision to make this investment. Have the faith of the mustard seed, as it says in the Bible, because that is the only thing left for us. You either believe this will give the end result you are hoping for or not because there is no other option available to us. Faith is the belief in things hoped for but unseen. That is what we have here. So just try to relax and sit tight and enjoy the ride because if you can't do that you will end up like some we have known here who have had heart attacks, strokes, and other illnesses brought on by the anger and frustration caused by the confusion of everything you read about this investment. Just try to relax and wait it out or make the decision to get out and move on with life, but if you choose to drop out, be prepared for the possible frustration and anger if this does finally come out the way you say it will never do. That possibility exists along with the possibility that it will LOP and we will lose, or the possibility that it will come out at 1 to 1. There are many possibilities open to us and you have to be prepared for whatever the final outcome is if you drop out.

I have made the decision to stay until the end. I accept that I could lose everything I have invested. I also accept that I could end up with one of those windfall profits you read about that are a one in a billion chance and that when you hear about them you wish you would have been involved. The possibilities are anywhere from losing everything to making more money that you ever dreamed of in your life, and everywhere in between, and we will not know until the final bell has rung. So good luck in your decision, but know this. We all understand what the risks are here, and we also know what the possibilities are and we are all willing to accept whatever comes so telling us to wake up is pretty much a waste of time and effort because we are all very awake and aware of what the possibilities are in this crazy ride. 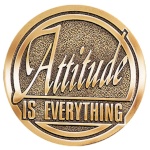 Aww man, I was exhausted after my bank adventures, was in the middle of a nice long cat nap, and then this newbie who has sold all of his dinar comes and wakes me up.....sheeeesh! I'm going back for another cat nap....wake me up when the RV "officially" is announced (that would be on the CBI and Forex, sweet ponee)!
*****************
SENATOR DOODOO
Support Term Limits for US Congress

The family resemblance is a dead give away!!!