HI Miske and all,

I just saw a post by Johnny, "[jonnywg] well GREECE PAID OFF THEIR DEBTS AND ITALY LOANED IRAQ 500 MILLION. NOT BAD FOR 2 BANKRUPT COUNTRIES.. THE CASH IS FLOWING AND WE FEEL IT INVOLVES OUR RV. LOOK TODAY FOR MORE ANNOUNCEMENTS."

I did a quick search and could not find anything to support this. Just curious, have you seen any supporting articles for this statement? Just researching, not looking to bash....

Greece also appears close to a deal with its private sector creditors to write down a portion of the nation's debt.

The agreement, which would result in significant losses for bondholders, is intended to help reduce Greece's debts to 120% of GDP by 2020, from about 160% currently.

(Reuters) - Greek leaders clinched a long-stalled deal on reforms and austerity measures needed to secure a bailout and avoid a messy default, government sources said, hours before the country's financial backers were to meet in Brussels on Thursday.

Athens' partners in the European Union and the International Monetary Fund have been exasperated by a lack of agreement on the sacrifices they demanded in return for a 130 billion euro ($172 billion) bailout, with time running out for Greece before a major March 20 bond redemption.

Finance Minister Evangelos Venizelos set off for Brussels without a complete deal after all-night talks with leaders of the three Greek coalition parties and chief EU and IMF inspectors left one sensitive issue - pension cuts - unresolved.

But following further negotiation on Thursday, two government sources said an overall agreement had been reached.

"A few minutes ago, I got a call from the Prime Minister of Greece saying that an agreement had been reached and has been endorsed by the major parties," European Central Bank President Mario Draghi told a news conference in Frankfurt in the first official confirmation.

The euro and European stocks strengthened on news of the breakthrough, which raised prospects of averting a chaotic hard default by the euro zone's most indebted country within weeks, that could send tremors around the global economy.

The risk premium investors charge for holding Italian and Spanish bonds rather than safe-haven German Bunds fell back.

Euro zone officials say the full package must be agreed with Greece and approved by the EU, IMF and European Central Bank by February 15 so legal paperwork can be completed in time to avoid a chaotic default that may threaten the global economic recovery.

"The financial survival of the country in the coming years depends on the new program ... It is a time of responsibility for everyone," Venizelos said.

Greece's two major labor unions called a 48-hour strike for Friday and Saturday against the reforms that the party chiefs managed to agree on.

"The painful measures that create misery for the youth, the unemployed and pensioners do not leave us much room," secretary general of the ADEDY union, Ilias Iliopoulos, told Reuters.

"We won't accept them. There will be a social uprising."

Venizelos should now be able to present to fellow euro zone finance ministers a fully-fledged new bailout plan, including a commitment for 3.3 billion euros in budget cuts this year, when they meet at 1700 GMT.

Before then, all eyes will be on what the ECB is willing to do to help Greece at its monthly policy meeting.

After the overnight talks, a senior government official said the party chiefs had agreed on how to make about 90 percent of the promised savings, leaving a relatively small hole in the calculations.

Asked how the differences over pension cuts had been resolved, another government official told Reuters: ""There will be cuts in other areas of public spending and we will see how we will minimize reductions in pensions."

International lenders are demanding that the party leaders commit themselves in writing to implement the program of pay and pension cuts, structural and administrative reforms.

The leaders have been loath to accept the lenders' tough conditions, which are certain to be unpopular with voters. They face parliamentary elections possibly as early as April.

"In these difficult hours we have to look after the ordinary people, the pensioners," conservative New Democracy leader Antonis Samaras said after the political leaders' meeting.

"I haven't got the right to not negotiate hard and I don't care what other people think about that. We have to make sure that people will suffer less."

Newspaper editorials criticized the harshness of the austerity measures demanded by Greece's lenders, but said there was no other option but to give in and agree.

"The memorandum seems, and in fact is, heavy and unbearable for the majority of the Greek people but unfortunately it is the only choice so that the country is not led over the cliff," financial daily Imerisia said.

Greece has been falling deeper into recession since it was rescued by a first bailout deal in May 2010, and latest unemployment data showed the country's jobless rate rose to a new record of 20.9 percent in November.

Prospects for a bailout deal had brightened when the finance ministers' chairman Jean-Claude Juncker called the Brussels meeting - which IMF managing director Christine Lagarde will attend - to examine the bailout plan.

On offer from the EU and IMF is a package involving the new rescue funds and a bond swap with private creditors to ease the nation's large debt burden.

Athens is also urging the ECB to forego profits on its Greek bond holdings in what could raise 12 billion euros or more. The bank's 23-member Governing Council met on Thursday but Draghi declined to say how the Greek bonds held by the ECB and national central banks would be handled.

For the bailout, Athens must accept conditions requiring big cuts in many Greeks' living standards. The smallest member of the coalition, the far-right LAOS party, was particularly uncomfortable with the measures.

Panos Beglitis, spokesman for PASOK which is in the coalition along with LAOS and the conservative New Democracy party, said the leaders had agreed to cut the minimum wage by 22 percent as part of efforts to make the economy more competitive. Plans to scrap holiday bonuses paid to private sector workers had been dropped.

Other elements of the deal have been gradually slotting into place, including the bond swap with private creditors to ease Greece's debt burden by reducing the value of government bonds held by banks and insurers.

Private bondholders are expected to take real losses of about 70 percent on their holdings as part of the swap, under which they receive new, longer-dated Greek bonds to try to reduce Greece's debt burden by about 100 billion euros.

Talks on the swap have dragged on for weeks, complicated by the position of hedge funds and demands that public creditors also chip in. Officials and bankers say the deal cannot be finalized until the rest of the rescue package is nailed down.

Greece also appears close to a deal with its private sector creditors to write down a portion of the nation's debt.

The agreement, which would result in significant losses for bondholders, is intended to help reduce Greece's debts to 120% of GDP by 2020, from about 160% currently.

That's a far cry from "paid off their debts". 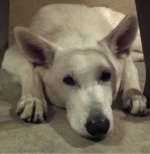 The policy of this site is to only allow approved posters. That list has been posted and should by now be common knowledge.

THIS IS A FINAL WARNING PER MISKE:

IF YOU POST UNAPPROVED AUTHORED MATERIAL ON THIS SITE YOU WILL BE BANNED.

SINCE JONNY IS NOT ON THAT LIST YOUR ARE HAVE BEEN WARNED. IF YOU POST A POST WITH AN UNAUTHORIZED AUTHOR AGAIN YOU WILL BE IMMEDIATELY BANNED FOR LIFE.

I am truly sorry. I was seeking clarification on a point that he made and was not aware that this was unauthorized material, and that this was only a portion of the chat.


Please advise as to the location of the unauthorized list, I was unaware. I thought I could ask questions, I apologize for my ignorance.

If I have offended I am truly sorry.

Page 1 of 1
Permissions in this forum:
You cannot reply to topics in this forum
Who is online?
In total there are 139 users online :: 1 Registered, 0 Hidden and 138 Guests :: 3 Bots