Stop the Give Away Madness! IRAQ needs to RV Now!

Stop the Give Away Madness! IRAQ needs to RV Now!

Why Are We Giving Away Billions in Foreign Aid?

COMMENTARY | According to a Reuters report,
the U.S. has announced it wants to give close to $1 billion to
Bangladesh over the next five years to alleviate poverty and
malnutrition, help with family planning and infectious diseases,
research farm productivity and address climate change. We've already
given that country $5.7 billion as of 2011, the report states.

It always shocks me when I hear -- amid all the noise about how broke
our government is -- that we're giving billions to help other countries.
It's not that I'm against helping, mind you. I tend to think charitable
giving is something better left in the hands of private organizations,
with private dollars, however. But it isn't. What's more, according to a
June Fox News report,
we're giving hundreds of millions of dollars in aid to countries we're
borrowing billions of dollars from, including China, Brazil, Russia,
India, Mexico and Egypt.
As a side note, I did not realize we were borrowing money from Mexico,
but according to the report, it holds $28.1 billion of U.S. Treasury
bonds.

The Fox News article states much of this money is going to preventing
tuberculosis and AIDS/HIV, combating weapons of mass destruction and
counterterrorism. But that's not all. The Census Bureau compiles foreign aid information,
with reports that can be found in PDF format on its website. According
to the 2012 statistical data, in 2009, the U.S. provided almost $45
billion in foreign aid, including about $34 billion in economic aid and a little over 11 billion in military aid.

Of the U.S. economic aid in 2009, the largest recipients were
Afghanistan and Iraq, followed by Pakistan and Sudan. The West Bank/
Gaza tops of the list of the five countries receiving the most economic
aid from the U.S., with a little over $1 billion worth. In military aid,
more than $5.7 billion went to Afghanistan. Over $2 billion went to
Israel. Egypt received more than $1 billion. Did you know we were
sending military aid to Egypt?

The list of countries we send our money to is daunting. The amount of
money we send to them is crazy. According to the figures, since 2001,
that amount has increased from $16,836,000,000 to $44,957,000,000. And
we don't have enough to pay our own bills. And we listen to our Congress
talk about cutting our spending. I think we need to cut down on the
high-priced gifts and loans we're giving to everyone else.
http://news.yahoo.com/why-giving-away-billions-foreign-aid-221422851.html 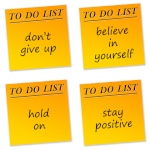 Re: Stop the Give Away Madness! IRAQ needs to RV Now!

This looks like it could gain some traction over at OOM2,

LOCKED
*****************
Being defeated is often a temporary condition. Giving up is what makes it permanent.
Marilyn Vos Savant