After the failure of leaders meeting .. Barzani to create a new initiative

After the failure of leaders meeting .. Barzani to create a new initiative


 Baghdad / Majid flood
after a severe political crisis and the subsequent security breach that hit the capital last Thursday, the President of the House of Representatives Osama Najafi to convene a meeting of leaders of the blocks on Friday, but the meeting did not see the light, as it announced the President of the House of Representatives to postpone the meeting for an indefinite period and could not attend to the heads of the blocks because of the security situation,


In this context, the President of Kurdistan region Masoud Barzani and U.S. Ambassador to Iraq, James Jeffrey yesterday the need to hold an expanded meeting of the leaders of Iraqi political blocs in order to search for a solution to the current political crisis.
A statement issued by the Presidency of the Kurdistan region, and received (range) a copy of it, the Barzani met with U.S. Ambassador in Baghdad James Jeffrey in the city of Dohuk, and discussed developments in the political process.
The statement added, "was in the meeting, they discussed the obstacles and crises in the political process and ways to address them," noting, "Both sides stressed the importance of holding an expanded meeting of the leaders of the political entities in order to address the problems and get out of crisis the present. "
And the reasons for the failure of a meeting yesterday, said a representative for the state of law in a statement (range) that the members of the Iraqi List, are boycotting the parliament on the one hand, and they want to attend a meeting of leaders and this is logical, and added MP Ali Alfalh "to us attending the meeting is subject to the abolition of Iraq suspended meetings of the Council of Representatives, and based on this we will not attend the meeting of the leaders if insisted the Iraqi boycott, "and explained that" because the province means disabling the important projects that have a great life of the citizen, such as approving the budget and other strategic projects, "On the issue of Vice President of the Republic Tareq al-Hashemi Abizaid Alfalh "We are with separate legal part for the political part, and the issue of al-Hashemi pending before the courts and no right to the legislature or executive to intervene in" the other said Alfalh that "Prime Minister Nuri al-Maliki has sent a letter to the Presidency of the Council Representatives explained where his claim to the withdrawal of confidence from his deputy, Saleh al-Mutlaq related to his inability to hold office, so he asked Maliki to nominate mass substitute ", on the other Deputy for Iraq that the meeting of leaders and their agreement to resolve all outstanding problems is the one who will lead the return of Congress Iraqi Council of Representatives, and the MP added Hamid al-Mutlaq in a telephone conversation with the (long) "that the suspension of Iraq was for obvious reasons, and when we come to a convergence of views and address the imbalance of political, security and economic then be possible to return," and warned al-Mutlaq in the case of failure to respond to the demands of the Iraqi , the latter will "intervene in the continuing disagreement is not with the state law, but also with other lists, which in turn will make the spiral continues," as he put it, and the mediation efforts of some of the characters to contain the crisis Abizaid Mutlaq, "that state law strikes everyone the wall, and it ignores the initiative of President Talabani and Barzani and initiatives Jaafari and Muqtada al-Sadr 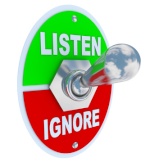