Time to tell the Corrupt News Media - Stuff it!

Time to tell the Corrupt News Media - Stuff it!

Submitted by an informed and aware reader - Thanks

Am I the only person that sees this?

I know there are a lot of people who are intelligent enough to see what I am seeing with the mainstream media. These are much more educated people who myself. Ever since the electronic revolution in this country, the mainstream media has swayed public opinion into believing what they want the public to believe. Although the founders never intended that the press be a branch of our government, it seems as though it has become just that. Is this the ramblings of a mad man? I ask that you consider incidents that the press has swayed public opinion and therefore government to do what the press felt should be done. One of the cases in point is the Teddy Kennedy accident at Chappaquiddick. If Teddy Kennedy had not been a member of the Kennedy family, would the press have covered it differently? I believe they would have tried him in the “Court of Public Opinion” to have him crucified. However, since he was a Kennedy, he was tried in the same court and people were swayed to believe he was totally innocent. The corruption that surrounded the Kennedy family kicked in, and Ted Kennedy only had to deal with a misdemeanor charge, not vehicular homicide.

Next case in point was the Watergate break in during the Nixon administration. Again, the press had complete control over the public mindset, and used that to convict Nixon even before he had the chance to clear his name. This was so evident that even Congress had begun an impeachment committee to have Nixon removed. Since when has the press ever been given enough power to change the way our government works? I have spoken many times about how complacent the American voter is in this country, but when you have a media that is promoting such complacency to accomplish its own agenda how can one expect anything but such result. If we want to make change happen in this country, shouldn’t it begin with one of the biggest sources? The press is fully aware of the control it has over the American voter. They use it every day of our lives to sway public opinion so the press can sit back and be proud of itself. Then call what the press does as good journalism.


Now fast forward to our world today, and the press still promotes the same agenda as it did in the 60s and 70s. This is the same press that refused to use Barrack Hussein Obama’s middle name until the night he was elected president. The same press that has promoted and heralded all of the Obama regimes socialist agenda as good for our country. Why aren’t we as Americans not holding our press to a much higher standard than we are? As far as I am concerned, when you commit a crime, you have no protection under ANY amendment in the Constitution. The press knows it and they still refer to 1st amendment protection. We have sat back and allowed not only a government, but an unofficial branch government to determine what is best for our country. I ask you this, is this the way America was meant to be? Not only do we need to stand up to our government, but we need to stand up to the same people who report opinion as news and expects people to believe it as the truth!

When it comes to watching the news media, why do people just accept them to be telling the truth? I am tired of people blindly following what the news media says to make a choice in their candidate for any public office. The mainstream media likes to promote they are telling the truth. Really? When it is obvious we have a mainstream media that wants to have this country under it’s control, and to have people follow them blindly, why should we believe they are telling the truth. Bias is obvious to even a blind man! If this is considered bashing the media then so be it, this is something that should have been done years ago! Personally, I am tired of seeing the media sit back and be proud of themselves for swaying people to believe they are the authority over what the news is, when they know for a fact they aren’t reporting news ONLY OPINION! We have a news media that doesn’t cover the news as it is happening because of it being against the belief of an administration. However, we do have a news media that creates stories out of accusations that have no substantial proof behind them.


The people of this country need to finally tell the news media to stuff it!

The biggest reason the mainstream media starts reporting election results on the east coast before the west coast polls are closed is to sway those votes on the west coast. The news media may say the “people have a right to know” but how is it a right to know when there is a hidden agenda behind what they do? If it weren’t for the news media backing Barry Soetoro, would he be in the office of president today? The news media made Barry what he is, yet they refuse to admit they were wrong in what they did. Personally, I think everyone that promoted Barry Soetoro to be president in the news media is guilty of fraud. Keep in mind, once they are charged with any crime such as this, their 1st amendment rights don’t have much protection when the proof is there for all to see. Our mainstream media needs to be held accountable for what they say and do just as much as our government does. Seems to me they are just as guilty of promoting propaganda as is our government.

If Herman Cain had been running as a democrat, he would not have ever had to deal with accusations such as the sexual harassment charges he’s dealt with. However, he isn’t running as a democrat so therefore he is tried in the court of public opinion, and with the news medias help found guilty because the media doesn’t want their man to lose an election. This is the same news media that found nothing wrong with the sexual escapades that went on in the Clinton administration. When things finally came to a boiling point the news media promoted everything as “it’s all about sex”. Never mind the fact Clinton had committed perjury. I challenge any member of the media to deny these facts. If you feel the need to forward this to someone that is in the media, by all means DO IT! The news media is even more corrupt than our government, and to cover it up they are not reporting the news the way it should be reported, FACTUALLY.

Our Founding Fathers left it up to the people of this country (legal citizens) to decide what we believed as the truth when it came to the media. However, when it gets to the point they are committing fraud and promoting agenda I feel they have overstepped their boundaries.

"Government is not the solution to our problems, government is the problem." Ronald Reagan
Posted by John MacHaffie at : http://nesaranews.blogspot.com/ 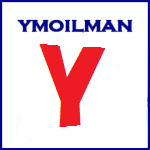 Similar topics
» Adam Montana: "I can't remember the last time we had THIS much good stuff brewing all at the same time" 8/2/19
» 'The Media Coverage on Syria is the Biggest Media Lie of our Time' -- Interview with Flemish Priest in Syria
» Iraqi Association of Banks: will not give the media to determine how you are doing some corrupt parties
» The 6th Day Of The Mayan Calendar Starts Today 5th September ! It is time to start looking inward folks and put down the soap opera stuff for a bit if you can.
» Breitling: "They would have revalued a long time ago if they were corrupt..." (Oh? When Did The Coruption End? LOL) 8/8/21