And so, what is the CBI trying to tell us?


I believe the CBI just told us some main points in this very important and informative article.
Here are the points.


Also let me say something gets lost in the translation from Arabi to English and so I will attempt to breakdown the article for you.
1. The Central Bank of Iraq confirmed, on Friday and I quote from the article- “ that the cash reserve exceeded 160% of the value of the Iraqi dinar”.


To me this means that the paper dinar notes now in circulation are backed 1 ½ times by the cash reserves in the CBI.


They are saying they can now back the dinar with US dollars 1.5 times over.


Also we must not forget the 32 tons of gold they have in reserves.


3. I quote directly from the article – “increase in the cash reserve exceeding 90 billion dollars”.
We know the CBI already told us in another article that at the end of October they already reached over 100 billion and so by the end of this year they will be way over any previous predictions and historical records.


4. I quote directly from the article – “it expected the introduction of the 20 thousand currency at the end of next year”.
How does this 20,000 note fit into the big picture of the rest of the article here?


Are they telling us they fully intend to keep the three zero notes and even add to them yet another denomination through 2023 and beyond?


Yes, I fully believe this is the case but this introduction of the 20,000 note may very well be only for inter-banking transactions with other countries and not for everyday circulation once they reinstate the dinar go to lower denominations.


The CBI told us over a decade ago that the 3 zero notes will be legal tender and are not going away for at least 10 years and would be used for inter-banking transactions ONLY once taken out of circulation.


Currently the CBI claims the new 20,000 bills are to fight inflation but in the final analysis of this new note by many Iraqi economists tell us this is not a necessary and is not going to help fight inflation.


Besides they won’t even get into circulation until late 2023 as they are now telling us and so how is this going help fight inflation now anyhow?


I firmly believe something is up at the CBI and planned for the dinar in early 2023 or soon thereafter.


I can not lie to you and tell you it’s the reinstatement we are looking for but if you add up all the weird (in a good way) articles coming out recently surely, they are planning something big.


Here are some other very important points to remember:
Point 1: We know that Al-Sudani has taken the “White Paper” from.Al-Kazemi and renamed it for his own political purposes.
They can put down and bash Al-Kazemi all they want but many of the Al-Kazemi ideas and brain storming issues are still intact in Al-Sudani’s so-called “new plan”.


Point 2: Remember the move to international status, i.e. FOREX, is still remaining in this new Al-Sudani plan.
Point 3: We also know the push to get the 2023 budget done for early January 2023 and to be able to open it and begin a clean new fiscal year of spending, unlike previous years.


I have learned this is part of what the IMF requires for “stability”.


Yes, many of the MPs still say it may take until mid 2023 to iron out the new budget and pass it.
They could be right if we know Iraq, but Al-Sudani has said otherwise.


The budget should reach parliament for the first reading sometime this week or early next week.
Can they do all three readings and vote on it prior to January?
It has never been done before in such a short period and you know Iraqi politics….


Point 5: The CBI must conduct the “project to delete the zeros” just before or coincide with the change in any significant rate, at least the size of a revaluation that we are looking for as investors.


Point 6: The CBI told us the currency auctions would be conducted much differently as of January 1st 2023.
I am told the auction window at the banks will continue even after the reinstatement to FOREX occurs, as people will always need US Dollars to go abroad to study, vacations and business.
Dinars may not be accepted everywhere even after the RV.
Point 7: Politics Do Matter.
It is all about politics.
This seems to be a theme all along over these years in researching this investment.
*****************
>>>TNTBS's YouTube Channel<<< 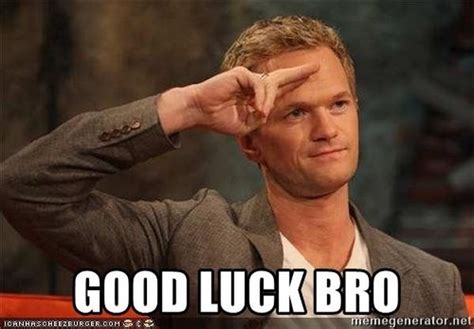