YES - WE ARE ALL STILL HERE - AT LEAST YOU'RE SENDING THE MESSAGE LOUD AND CLEAR THAT NO MATTER HOW LONG THEY KEEP THIS GOING - WE - NOT THEM - - WE ARE STILL THE CHOSEN AND WILL STILL BE HERE FULFILLING THE FATHERS AND HEAVEN'S PLAN TO BRING FROM NEW HEAVEN TO THIS BEAUTIFUL EARTH - FOR YEARS AND YEARS TO COME AND ALL GLORY BELONGS TO OUR FATHER AND HEAVEN.

ONLY INTELLIGENCE
WHERE ARE WE NOW ???

What we're getting from RC contacts is that emails should go out tomorrow mid-morning, letting us know the remaining weeks, scheduling staff to come in to schedule our appointments, when we get the toll-free numbers for one of the four regional call centers . for the US, one in each time zone, enter the zip code where you work or live and that will then figure out what's best for you, either routed to the hub and speaking to a staff member at the hub. Another option, if they don't connect you directly, they will give you a hotline phone number to call and talk to someone, and they will most likely help you in the exchange.


We expect an 1800 number, a toll-free number. Especially if you are a Zim holder, I'm not sure how automated it will be based on which coin is owned.

Just let them know what coins you have. Let's talk about the steps: one has an appointment and a time and no more than ten minutes before, but don't be late.

When you walk in, they know who the Zim holders are, but maybe not if you've been gifted. It will do the KYC, show them who you are, you may need a bill with your home address, and they will.
ask for an SS number to set up some of our accounts, and when they've done verification, then we'll have a total of our coins, and let them know how much you have, and lined up in denomination.
Unless we have made a mistake, we should have similar results, especially with De La Rue's counting and verification machine.


If you have a lot you might need a little more time and then at some point talk about fees and especially with your projects and presentations that you get 8 minutes for, and then they want to know if you are a Zim holder. know what you have planned. And after that, when you have an idea, you're looking at the total amount that goes into the Quantum account, and that's backed by gold.
Once you get that and it's in your account you get the special card 3 times the thickness of a regular card and three chips biometric finger or thumb print not sure the other two chips do but you will need two passwords and you need to keep this in a REALLY SECURE PLACE and this is only used to transfer funds to your main account which will earn interest.

And Bruce went into detail about how he's going to set everything up, set up the LLC accounts and that could be done a couple of days later.


.Gem Finch, [7/12/2022 3:01 PM m.]
Now we're not doing LLCs to make money: interest will be against income expense.
So this is what my lawyer suggests. We have reviewed and now have our card and a separate card attached to the main account. You will then be given the pamphlet of people you cannot give money to, and if you do, your funds and accounts will be frozen. Don't let that happen.

You can also get a few benefit pages from a couple of banks.
Ask about cash the new USTN - the new currency is in the RC - which is coming out soon and should be there on our exchanges. After this happens, you won't be doing retail banking: very little with them and more with high net worth bankers and that meeting will probably be in a private place. The other stuff when you use the QFS card, that's private just for you. The people in the center will never reveal anything of their exchange with anyone.


Where are we now? RC is supposed to be notified mid-morning tomorrow, and something very significant outside of Germany, that we should have in Forex, that we can see in the US the new Iraqi dinar and what it is, if this is true, we should see this after 12 am tomorrow. - if that rate shows you should see it and let's assume that happens - this is the international rate but if you see that rate that's the RV you're seeing the revalued rate and it should mean we should get a notification to make our trades on sometime tomorrow on the 7th.

For exchanges from December 8. That should always happen when we get emails from Wells tomorrow.
Thursday is supposed to be a big day of intelligence saying the fund goes down and the money is finally flowing to where it should go CKMX and fines and penalties and farms and the bondholders etc etc.

The introducers received a commission for those funds. they entered last Saturday but could not gain access; bondholders should have access and it should happen on Thursday; thursday is like a Catch ALL day and that's the case for the new iraqi in forex - been on it before but we haven't seen it in the US, if that doesn't hold up we should be notified and start on Thursday, either way we won, on Saturday it's going to be called Reckoning Fest, Frisko Texas, north of Dallas and I think a rally called the Gala Event.

What will come out in that event could be all political, and NESARA and Gesara and that we are in the Gold Standard and USN and the new money and including the discussion of the Brunson case that we know was in our favor and the possibility of the EAS getting going on, or next week, but when that comes out, it will be a perfect cover for us: WW WILL SEE according to the information received in the last two days, and a major cleanup in Switzerland wrapped up in 43 hours and that included bankers, hedge fund managers and traders.


And there are more things that are happening and many more in Brazil. Good news, and now there are some new countries being added to the BRICS, you have to have an asset-backed currency - that group is growing.
That's all I have for us tonight, so I'm sure Bruce will now thank the entire team Sue, Bob, GCK, Pastor Scott, Jeannie and Larry, as well as the listeners around the world and, of course, to pray. to call

AND WITH SUCH GOOD INTEL COMING TO US - TONIGHT AND PRAY THIS REALLY IS THE LAST REGULAR CALL AND THAT THIS HEAVENLY BLESSING IS FINALLY RECEIVED AND FOR WHICH WE WILL BE FOREVER GRATEFUL - AND ALL GLORY TO THE FATHER AND HEAVEN.
*****************
>>>TNTBS's YouTube Channel<<< 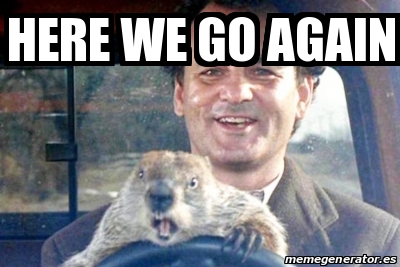