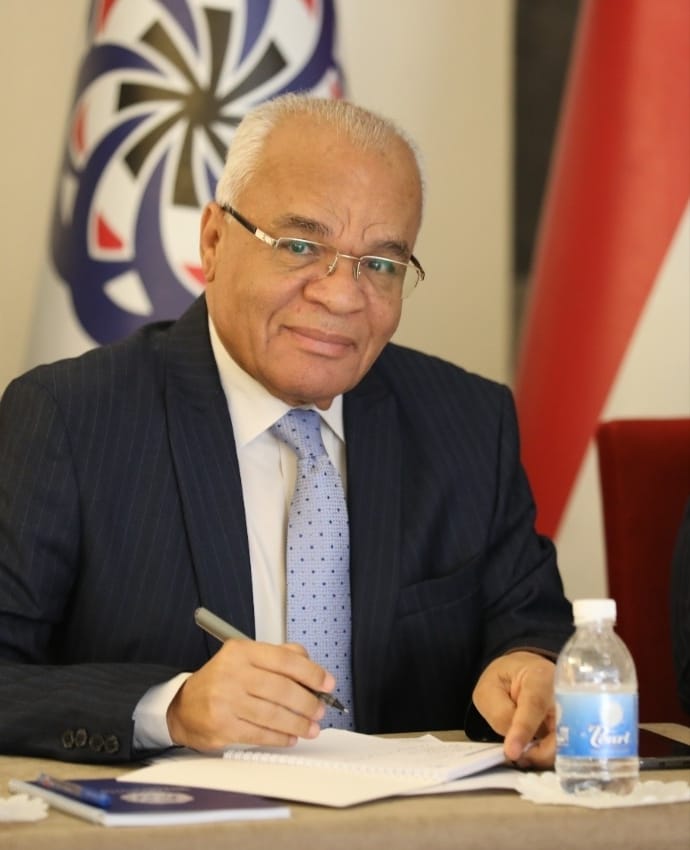 During the past week, rumors spread widely in the foreign exchange market, promoted by speculators and some politicians who are not specialized in the economy for narrow purposes and interests, taking advantage of the negotiations to form the new government and tickling the feelings of the public with low incomes.

Those who suffered from high prices for foodstuffs and other basic materials and high rates of inflation. Therefore, we noticed that the currency market was affected by rumors, which led to a slight and temporary rise in the dinar, which was maintaining its stability at the level of the announced price and the target of the Central Bank for several months.

The important thing here is whether there is a higher economic interest in changing the exchange rate and returning it to its previous rate, and what are the benefits and damages in the event of the change. Will the citizens who were affected by the price hike benefit and was the exchange rate change the main reason for the suffering of citizens with low incomes?

The process of raising the value of the local currency will certainly not lead to a significant decrease in prices, because the economic principle confirms (the flexibility of prices in the rise is limited in the decrease) and because the rise in prices was the main reason for it being its rise globally due to the effects of the Corona pandemic, the closure of the global economy and the Russian-Ukrainian war, and this refutes the allegations Some politicians are looking for the interests of their parties. The process of changing and returning to the previous price will lead to high costs borne by the economy and catastrophic damages that will be borne by citizens due to the problems that will occur in the internal commercial and financial transactions among them and to financial and economic problems that will put pressure on the inter-relations with the countries of the world.

Therefore, it is necessary to study economically the expectations of taking any decision on the exchange rate, including the decrease in the central bank’s reserves and their adequacy, the ratio of external and internal debt to the gross domestic product, government spending and its relationship to the growth of oil revenues and the growth of GDP, and the rate of price response to exchange rate changes,

In addition to the redistribution of individual income and national income, and the absence of a financial depth that represents the government’s reserve due to the absence of a sovereign fund, and therefore the Iraqi economy will be affected by the expected global stagflation, and the government has not paid what it owes to the Central Bank of internal debt despite the abundance that has been achieved due to high prices Oil, which will prevent the central bank from saving the economy from collapse in the event of expected crises, especially if reserves decline due to the expectation of a drop in oil prices in the future.

Therefore, it is not easy to target the current exchange rate in a country whose sources of income depend on (oil revenues, which are the source of the dollar in Iraq), so our economy suffers from a structural financial deficit. We do not have a comprehensive economic reform vision with clear and specific features. Therefore, changing the exchange rate does not guarantee economic stability in the current circumstance.

Therefore, caution must be exercised when making any decision related to the issue of the exchange rate. According to the effects and repercussions of the economic reality in our country, which suffers from challenges, repercussions, economic and financial crises, and a structural and systematic defect in the management of the economy and money, the central bank cannot bear it alone because its role is clear, specific and independent, focused on stimulating the economy according to the tools and applications of monetary policy and other economic sectors, activating the real economy and diversifying sources of national income. And leaving the unilateral economy, relying on oil as a major resource.

Therefore, those who criticize the Central Bank should return to the Central Bank’s statement in which it set the new exchange rates on December 2020, in which it explained with high transparency the reasons and rationales for determining the price and what measures it will take and what other parties should take in order to maintain the stability of the new rate because the Bank It is not possible to work alone without an economic and financial methodology coordinated with the public finances supported by the Central Bank in accordance with the tasks and objectives stated in Law No. 56 of 2004. Because of these combined conditions, the Central Bank had no choice but to intervene on more than one occasion to support public finances and save critical public spending requirements.,

The Central Bank understands the difficulties facing the government's reform intentions, but this does not prevent it from tying any steps that the monetary authority can take to effective steps to carry out reforms that inevitably affect the institutions of the financial authority, especially the effective collection institutions, customs and taxes, and public collection institutions. The other, and that spending be rationalized and rationalized, and all of this depends on the political will of the higher state institutions that support the financial authority's directions to achieve this.

It requires the government's direction to support the vulnerable groups that are inevitably directly affected. By activating non-oil economic sectors, stimulating and revitalizing the economy, completing owned investment projects, and employing the unemployed

And support the private sector, and this will inevitably contribute to raising the value of the Iraqi dinar and not modifying it politically.

Re: Returning the dinar exchange rate to the previous rate is an economic disaster and a strategic economic mistake

What a great way of saying we dont care about the poor or the true economic of the country.
The UN and the US should step back in an take over, because these clowns are not capable of self governance

Yesterday at 3:07 pm by Ssmith