Report: Iraq Is Nearing the Brink of a Shiite Civil War

Report: Iraq Is Nearing the Brink of a Shiite Civil War 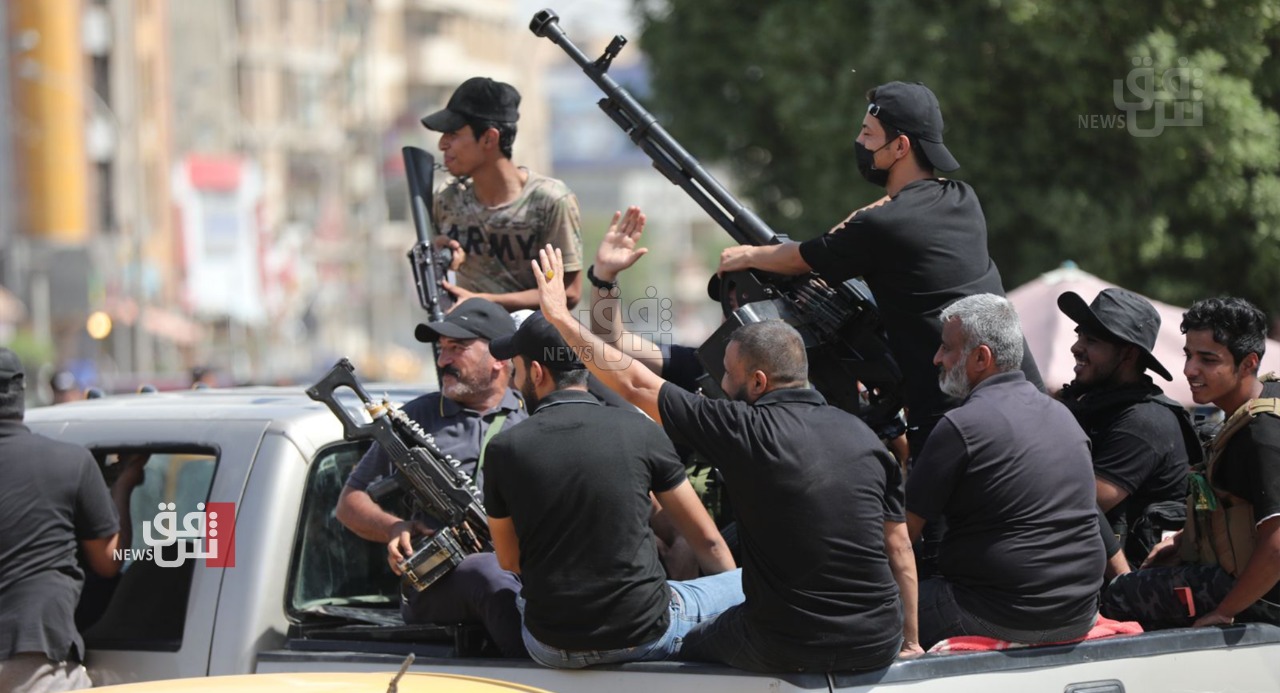 Shafaq News / In a period of 24 hours, Iraq’s Moqtada al-Sadr was able to demonstrate the extent of his power as the streets of Baghdad submitted to, and then subsided from, widespread violence, both at his behest. On Aug. 29, Sadr’s followers made the capital into a war zone, until he called for an end to armed conflict the next morning. Within an hour, the chaos in the city had stopped, claiming with it least 21 lives and injuring 250 others.

The events leading up to the turmoil revealed the geopolitical battle at play between Iran and Iraq’s efforts to form a government in Baghdad. Unlike the grassroots protests of 2019, born out of frustration from political corruption, this violence was triggered directly by Iranian influence in the country.

The catastrophic spiral of events that peaked with parts of Baghdad turning into a war zone was triggered by a largely overlooked statement by a religious leader. On Aug. 28, the Iraqi Shiite spiritual leader Ayatollah Kadhim al-Haeri shockingly announced his retirement from his position of religious authority with immediate effect. More surprisingly, Haeri proceeded to ask his followers to back Iran’s Ayatollah Ali Khamenei instead. Although Haeri is unknown to most outside Iraq and even to some Iraqis, he is a highly influential spiritual leader (marji) for Sadr’s supporters.

One central doctrine in Shiite Islam is the concept of marjiya, which is the need for every Shiite Muslim to have a selected spiritual leader whose edicts and fatwas are unquestionably followed. In order to become a marji, a religious cleric must go through decades of religious studying, as well as earn the support of fellow senior clerics, before being given the title of ayatollah. In Iraq, it is Ayatollah Ali al-Sistani who yields the greatest influence over spiritual decrees, and he chooses to maintain a distance from politics. In Iran, however, the marji is the country’s supreme leader, Khamenei, who is very much involved in ruling his own country and attempting to influence its neighbor Iraq.

Moqtada’s father, Ayatollah Mohammed al-Sadr, did have the qualifications to be both a spiritual leader and political leader. But upon the elder Sadr’s assassination in 1999, his loyalists split their political and religious allegiances. As the younger Sadr is not a qualified marji, his supporters—duty bound, according to Shiite Islam, to follow another cleric on matters of belief—turned to Haeri, who had earned the elder Sadr’s endorsement, for religious guidance.

Haeri’s decision to resign from religious authority is unprecedented in the marjiya system. The role is one usually held until death, regardless of age or well-being. Sistani, for example is 92 and continues his duties. Ayatollah Mohammed Hussein Fadlallah continued on as a marji despite his multiple hospitalizations, right up until his death in 2010. It is also not common for a living ayatollah to appoint his successor, much less for an Iraqi ayatollah to recognize the religious authority of Iran’s clerical city of Qom over the Iraqi city of Najaf. For Haeri to ambiguously claim health-related issues at the age of 83—the same age as Khamenei—and to endorse Khamenei as his successor suggests Iran’s political influence was at work in his decision, with an aim toward reducing Sadr’s influence.

But Tehran’s attempt to win sway over Sadr’s followers was poorly thought out. It failed to consider that his supporters are unwaveringly loyal. In one viral clip, a Sadrist said he would back Sadr even if he were to “sit with Muawiya [the enemy of Shiite Islam].” Responding to Haeri’s shock resignation, Sadr (and not for the first time) claimed to resign from politics, triggering his heavily armed supporters to descend onto the streets of Baghdad. For 24 hours, the city was in control of Saraya al-Salam, Sadr’s militant wing. The next morning, in a video that eerily reflected then-U.S. President Donald Trump’s call for his supporters to leave the Capitol in Washington last year, Sadr gave his supporters 60 minutes to withdraw from parliament and stop all violence. His supporters immediately obeyed his demands, sending a message to Tehran that no matter how it may try to influence Iraqi politics, Sadr is still in control on the ground.

This battle with Iran has been ongoing since Iraq’s October 2021 elections left the country in a political stalemate. Without an outright winner at the ballot box, no political party had a majority to form a government, thus propelling the country into months of ongoing political instability. The country found itself with rising poverty, increased child labor, and record unemployment rates as the interim government was constitutionally barred from passing a budget bill.

Winning the largest bloc in government, Sadr’s party secured 73 of 329 seats, colossally outweighing the Iran-backed coalition of militia groups known as the Fatah Alliance and dealing a huge blow to Tehran. (Sadr’s campaign pledges—to prevent external influence in Iraq, from both Iran and the United States, and tackle internal corruption—were primarily rhetorical, however, without the backing of any substantive policy proposals.) With Iran refusing to lose influence in Iraq and Sadr refusing to back down from his anti-Iran stance, the two polarized political wings found themselves in a deadlock that finally turned violent last week.

It marks Iraq’s worst internal Shiite conflict in years. Until now, Iraq’s majority Shiite demographic has largely remained united since the fall of Saddam Hussein. During the first electoral process in 2005, Sistani, who is also the spiritual leader for most Shiite Muslims globally, backed the Unified Iraqi Alliance, prompting a landslide victory for the heavily Shiite party grouping. Over time, however, this alliance has broken apart. Coupled with a distrust of the political elite by the Iraqi public, this has led to an increasingly polarized landscape among the Shiite, with a deep divide between Sadr’s nationalistic group and the Popular Mobilization Forces, which are heavily influenced by Iran.

For months, Sadr has suffered from repeated blows by Iran after he vowed to cut out Iran-backed parties from being included in forming an Iraqi government. In February this year, in a last attempt to collaborate with Sadr, Iran sent Brig. Gen. Esmail Qaani to meet with him. Furious by the attempted wooing, Sadr allegedly responded, “What does Iraqi politics have to do with you?” Iran’s persistence eventually forced Sadr to renounce his victory on June 12, resigning nearly a third of all Iraqi lawmakers as he instead took the battle to the streets of Iraq, calling for a million-man march in a tweet. He vowed to continue fighting corruption, “especially Shiites,” in a further dig at Iran.

Given the lack of a viable path toward the formation of a viable government in Iraq, Sadr has since been calling for early elections. But with Iraq’s ongoing political turbulence, another election is unlikely to fix its deeply structural damage. Last October, voter apathy and boycott led to only around a 40 percent voter turnout in numbers that have been waning election after election.

The 24 hours of chaos that Baghdad was drawn into by Sadrists was a taste of what could happen if they remain without responsible leadership. It was also an indication of how quickly the country can dissolve into all-out internal warfare given the heavily armed population.

Although Tehran may not have asked directly for violence on the streets of Baghdad, its continued attempts to influence the country are yielding rewards neither for Iran nor for Iraq but contributing to rising tensions in the country. The example of Haeri’s shock resignation shows the country is one event away from all-out conflict.

With a deeply divided Shiite demographic, Iraq has once again nosedived into further turmoil. Although it may not result in all-out civil war, it guarantees further political deadlock and popular distrust in political institutions. The only hope is for Iran to finally step back from Iraqi politics and let the nation attempt to carve its own future.