Al-Maliki's rhetoric pits him against fellow leader of Coordination Framework

Al-Maliki's rhetoric pits him against fellow leader of Coordination Framework 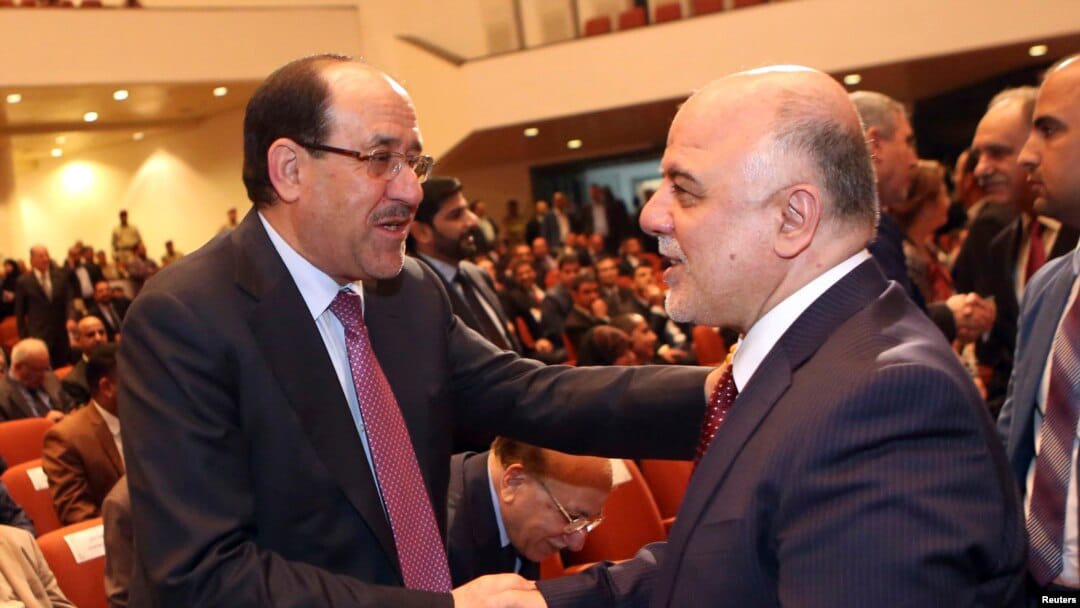 Shafaq News/ Influential leader Muqtada al-Sadr's calls to dissolving the parliament and holding an early election have pitted the head of the State of Law bloc, Nouri al-Maliki, against his fellow member of the Shiite Coordination Framework and head of al-Nasr (Victory) bloc, Haidar al-Abadi.

The firebrand cleric has previously urged the judiciary to dissolve parliament to pave the way for new legislative elections, but the judiciary dismissed his appeal.

Iraq's top court ruled it does not have the powers to dissolve parliament, a key demand by al-Sadr and his millions of followers and an important sticking point in a power struggle that caused bloody clashes in Baghdad last month.

Al-Maliki on Sunday said that the dissolution of the legislature should no longer be a point of contention following the Federal Court's ruling, and called for dedicating the efforts to restore the parliament's activity and forming a government with full powers.

Al-Maliki claimed that the political forces have endorsed the judiciary's call and do not approve of dissolving the parliament and holding an early election.

"Therefore, this issue is settled constitutionally, judicially, and politically, and needs no further discussions," he said, adding that the focus should be shifted to "finding ways to activate the parliament and expedite the formation of a coalition government."

However, al-Abadi --who is like al-Maliki, a member of the Coordination Framework and a former prime minister-- does not seem to approve al-Maliki's rhetoric.

"Any course that favors breaking wills is detrimental to the people and state," al-Abadi tweeted.

The former prime minister called for working out "a political agreement that views the current phase as a transition that begins with forming a government and ends with dissolving the parliament and holding an early election."

"The people's interest and the state's stability is superior and more valuable than any partisan or factional interests," he concluded.

Al-Sadr last week asked each of the Kurdistan Democratic Party (KDP), led by Masoud Barzani, and the Sunni al-Siyada (Sovereignty) Coalition, led by Parliament Speaker Mohammad al-Halboosi and Khamis al-Khanjar, to finally take a stance on dissolving the parliament or withdrawing from it.

However, al-Sadr's former allies in the trilateral coalition agreed in a meeting they held in Erbil earlier that an early election should only be held after laying the necessary constitution and legal foundations, and it should be preceded by forming a government with full powers.

The parliament, according to the readout issued after the meeting, should be fully functioning until the date of the early election.

Al-Sadr and his political rivals, the Iran-backed Shiite groups, have been at odds since after last year's parliamentary elections. Al-Sadr won the largest share of seats in the October vote but failed to form a majority government.