Current Iraqi dinar’s US dollar peg will be fixed in 2022 budget bill: spokesperson

SULAIMANI — Spokesperson for Iraq's federal government Hassan Nazim said on Monday (September 6) that the price of US dollar against Iraqi dinar will be fixed at the current price in the draft 2022 Federal Budget Law and does not change.
Nazim told state-owned al-Sabah newspaper that the devaluation of Iraqi dinar is an idea that has been discussed for years.

He said that the former government did not dare to take this step because of the risks and controversies around it, adding that Prime Minister Mustafa al-Kadhimi’s cabinet was bold in taking this decision as it was in the interest of the country’s economy.

Iraq devalued the dinar significantly as a part of the 2021 Federal Budget Law to 1,450 Iraqi dinars per US dollar. It was designed to preserve Iraq’s dollar reserves and allow the government to spend more Iraqi dinars.

On March 24, Director at Iraq’s Central Bank Mahmud Dagher said that the price will be fixed at the current price for the next four years.
(NRT Digital Media) 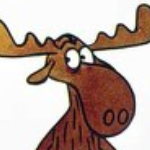 Re: Current Iraqi dinar’s US dollar peg will be fixed in 2022 budget bill