Despite public anger, no progress in Iraq political deadlock-Report

Despite public anger, no progress in Iraq political deadlock-Report 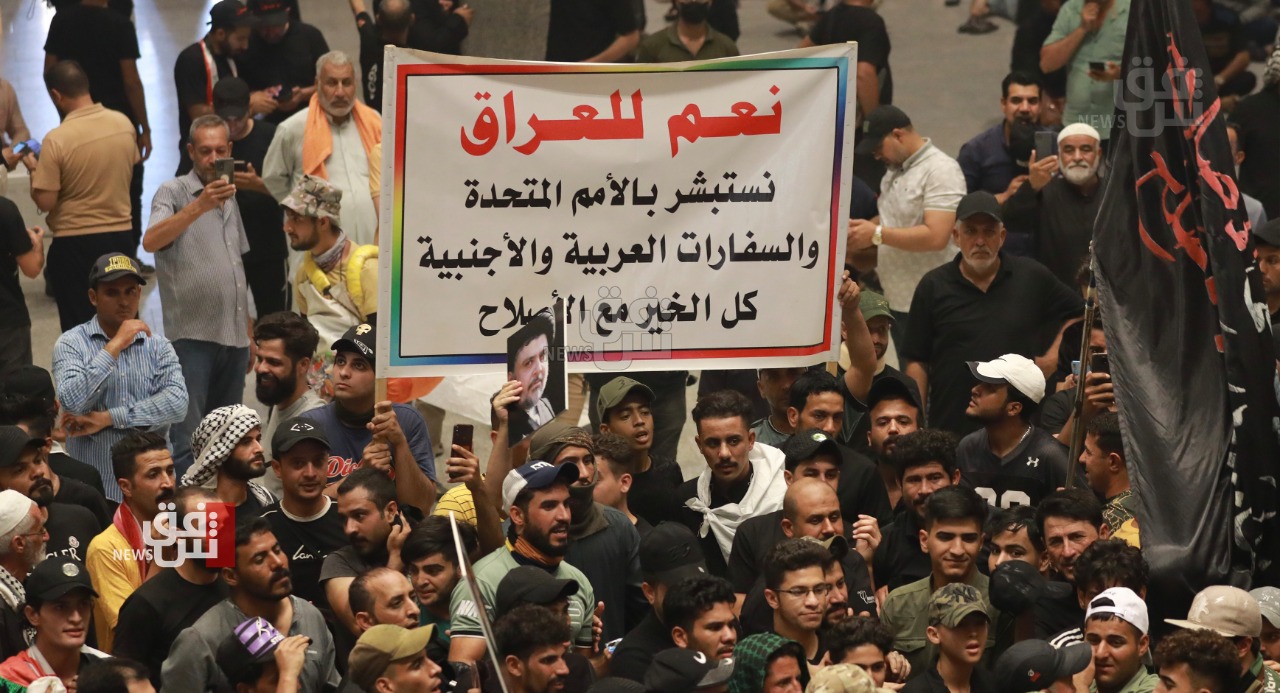 Shafaq News / Weeks after followers of an influential cleric stormed parliament, Iraq’s political crisis shows no signs of abating, despite rising public anger over a debilitating gridlock that has further weakened the country's caretaker government and its ability to provide basic services.

For now, hundreds of supporters of Muqtada al-Sadr, a firebrand Shiite cleric, are still camped outside the legislative building in Baghdad, ready to escalate if their demands are not met.

Al-Sadr has called for early elections, the dissolution of parliament and constitutional amendments. He has given the judiciary an end-of-the-week deadline to dissolve the legislature.

His Shiite rivals in the Iran-backed camp have conditions of their own. They accused him of violating the constitution, prompting counter-protests that have spurred fears of bloodshed.

On Sunday, Iraq’s top judicial body said it doesn’t have the authority to dissolve the country’s parliament. The Supreme Judicial Council said in a statement after a meeting that political groups in the country should not get the judiciary involved in their “rivalries and political competition.”

Neither faction seems willing to compromise to end the 10-month-old political crisis, the longest since the 2003 U.S. invasion reset the political order. The caretaker Cabinet — unable to pass laws or issue a budget — grows more feeble by the day, while the public lashes out in protest against poor services, including power cuts during the scorching summer heat.

When al-Sadr commanded thousands of followers to storm Baghdad’s heavily fortified government zone on July 30, he paralyzed state institutions and prevented his political rivals from proceeding with the formation of a government.

Al-Sadr might have felt emboldened by the silence of the 92-year-old al-Sistani, a revered spiritual figure whose word holds enormous sway among leaders and ordinary Iraqis.

Three officials at al-Sistani's seminary in the holy city of Najaf said he has not used his influence because he did not want to appear to take sides in the most acute internal Shiite crisis since 2003. They spoke on condition of anonymity because they were not authorized to brief the media.

“The Marjaiya is watching the situation with concern,” said one of the officials, referring to the ayatollah. He said al-Sistani “will not interfere at the present time. His entry may be perceived as benefiting one party over another.”

Al-Sistani has seldom intervened in political matters, but when he has, it has altered the course of Iraqi politics.

In 2019, his sermon led to the resignation of then-Prime Minister Adil Abdul Mahdi amid mass anti-government protests, the largest in Iraq’s modern history. Mustafa al-Kadhimi’s administration was sworn in with the goal of holding early elections, which took place in October.

The ayatollah has grown weary of current Iraqi political dynamics, the official in Najaf said. He has not resumed his usual Friday sermons, which were suspended during the pandemic. His doors remain closed to Iraq’s political elites, a sign that he disapproves of them.

The seminary in Najaf is also divided over al-Sadr. Some fear his audacity is deepening the Shiite divide, while others agree with his anti-corruption and reformist rhetoric. Dozens of students from the seminary recently joined the protests.

Al-Sistani does have red lines that, if crossed, would compel him to intervene, the officials said. They include bloodshed and attempts to erode what are seen as Iraq's democratic foundations.

“Muqtada knows these red lines and will not cross them,” one official said.

SEARCHING FOR A WAY OUT OF THE CRISIS

Even if the Shiite rivals were to agree to hold elections, fundamental differences remain about electoral rules. There's no legal precedent to guide decision-makers.

Al-Sadr has hinted he will escalate protests if the judiciary does not dissolve parliament by the end of the week. The judiciary reiterated on Sunday it does not have the power to disband the legislature.

His rivals in the Coordination Framework alliance, made up of largely Iran-backed Shiite parties, claim al-Sadr's pressure on the judiciary is unconstitutional. They don’t object to new elections, provided there is a national consensus on how the vote will be conducted.

Such a consensus seems unattainable.

Al-Sadr wants to use the same rules as in the October election, when Iraq was divided into 83 electoral districts. The current law benefits parties with a strong grassroots base like al-Sadr’s, who grew his seat tally from 54 to 73, while the Iran-backed parties saw a decrease from 48 to 16.

The Framework wants the law to be amended. However, the parliament building is closed, with hundreds of al-Sadr’s followers camped outside preventing MPs from entering.

WHAT THE REST OF IRAQ THINKS

Ordinary Iraqis are increasingly frustrated because the caretaker government is struggling to provide basic services, such as electricity and water.

The political crisis comes at a time of growing unemployment, particularly among young Iraqis. The country has endured consecutive droughts that severely damage agriculture and fisheries industries, further diminishing prospects for jobs.

In Missan, Mustafa Hashem protested against severe water shortages that damaged livelihoods in Iraq's marshes. He said the security forces engaged in "brutal and unjustified repression” against peaceful protesters.

More protests were held in the southern province of Basra after three straight days of power cuts during the peak summer heat. Protests are common during the summer in Iraq, when rising temperatures overwhelm the national grid, causing outages. This year, many demonstrators called for al-Sadr to champion their rights.

Salinity levels in Basra this summer are nearly the same as four years ago when tens of thousands of people were hospitalized because of poor water quality, said environmentalist Shukri al-Hassan. The 2018 health crisis spurred violent protests that served as the harbinger for mass anti-government rallies the following year.

Unable to pass a budget law, the caretaker government has resorted to stop-gap measures to fund urgent expenses such as food and electricity payments to neighboring countries. Meanwhile, crucial investments, including in water infrastructure, have been stalled.

Similar topics
» Anger for the corrupt establishment of a "special operations room" to support the official sponsor of public corruption
» Report: Sadr's progress in the preliminary results of the elections dimming the political scene
» Iraq post-ISIL: Anger over government's 'unfair' compensation
» Anger in Germany over America's attempt to hijack Siemens deal with Iraq
» Political: Iraq's regional and international moves will restore political and economic strength