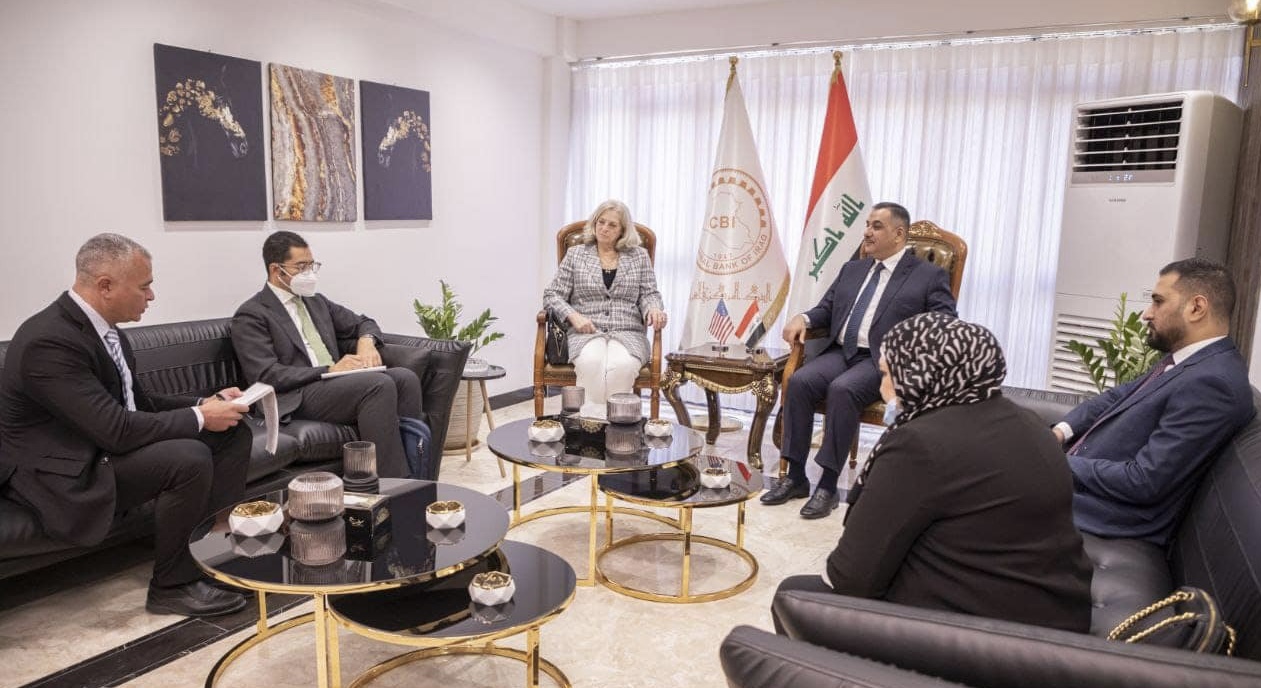 Shafaq News/ The US ambassador to Baghdad, Alina Romanowski, on Monday reiterated her country's commitment to supporting the Central Bank of Iraq (CBI), commending the growth in its gold and monetary reserves.

Makhif presented a briefing on the bank's role in bolstering development in Iraq by leading successful monetary policies and creating jobs.

He also shed light on the CBI's efforts in combating money laundering and terrorism financing by enforcing a comprehensive legal system that controls the sectors used for those purposes.

Makhif highlighted the cooperation prospects between Baghdad and Washington in developing the financial policies and tools.

The US diplomat reiterated her country's commitment to supporting the "independence" of the central bank and training its employees, commanding its successful administration of the country's resources, the statement said.