Economic dynamism and the positioning of economic state building in Iraq

Economic dynamism and the positioning of economic state building in Iraq 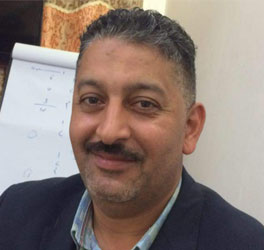 According to the foreseeable global, political, international and economic changes and transformations, and the focus of international coalitions and alliances, each according to its approach, interests, strategies, influence and vision to lead the new world order, logically the world has entered a new era of competition between scientific methodological knowledge that is rapidly transforming, adapting and modeling, and the needs of the requirements of new life and the sustainability of survival after the environmental crisis The Corona pandemic, global discoveries and challenges, and building a new innovative global economy capable of ensuring the sustainability of humanity’s survival in a densely populated planet. Despite the recent statistics that indicate a decrease in the population of the world’s countries due to the causes of Covid-19 infection, and the increase in poverty and violence rates as a result of political, climatic, economic, health and other transformations.

Benefiting from new scientific and economic knowledge has become a trend in the twenty-first century of great interest, competitiveness and global dominance.

In response to global changes and developments, and environmental, economic and financial crises, countries faced the task of modernizing public government administration accordingly.

The attempt to explain the dynamic approach from the theoretical side and the transition to the practical and applied side is a very complex matter, and the context of the transition requires an in-depth understanding of the role of the economic and financial positioning of the state and its mechanisms.

It is clear that the objective and traditional economic foundations of governance and state mechanisms in the conditions of the market system contributed to slowing down the development of the economy, which requires active participation of the state in building mechanisms and an active economic pattern, improving spending on scientific knowledge and mitigating economic and non-economic risks methodically and practically.

When reviewing the opinions of specialists, experts and professors of economics, it is noted that they praised the market economy as one of the greatest achievements of human civilization. Undoubtedly, he has stood the test of time and managed to convincingly show his immense vitality. History does not know examples of a national economy under a market economy that works efficiently without advanced and flexible active market mechanisms that work according to standard economic models that are consistent and adapt to the mechanisms of the state.

The modern economy, as evidenced by the practices of all countries of the world, including the economies of the Arab countries without exception, presupposes the active participation of the state in it as a guide and supervisor for the issue of market economic relations in the form of an economic system that draws the patterns of the relationship and the dynamics of the relevant economy, as well as regulatory and governing bodies. In different countries of the world, relations between the government and the main economic actors (entrepreneurs, business families and unions) are built in different ways, according to traditions, real practices, market dynamics and accumulated experiences.

The intervention of state mechanisms and decisions in economic processes is also implemented to a different extent. However, the general line is that the role of states in the economy becomes more and more complex over time and requires more and more qualifications and responses from government agencies. It also requires visualizing the influence of the state on the economy not in quantitative estimates (more - less), but in terms of economic efficiency and qualitative merit of state organization.

When formulating certain questions, the state, on the one hand, does not claim to be a kind of maker of the economic system, and on the other hand, it is not limited to performing the functions of a "night watchman". This instills in the economist a balanced view of the state, free from both excessive enthusiasm and bias with the importance of the theories of Keynes, Friedman and others, but we find it necessary that it be a realistic economic and financial philosophy that establishes the adoption of economic models and the interpretation of economic phenomena and the proposal of studied microprocessors in a manner consistent with the business environment and the economy objectively and realistically. .

The theoretical and methodological basis should be rooted and the Iraqi economic model should be consolidated in order to form efficiency and economic and financial merit, scientific, analytical, research and innovative sober, and intensify the search for new research and scientific models (including, but not limited to, the modern institutional economy, knowledge economy, digital economy techniques, modern economic system, economic methodology, for example, but not limited to Talking...etc.)

The economic functions of the state in Iraq, according to its traditional undeveloped economic system and the lack of mastery of modern market management methods, as well as the structural imbalances and the lack of accurate diagnosis of the reality of challenges and the series of changes and economic transformations as it seems to me without embellishment of reality or the economic situation seems particularly complex (in essence, complex ). And most importantly, the continuation of the concerned governmental economic philosophical theorizing and interested in economic and financial decision-making that is practically unproductive for reasons outside the adaptation of applicable economic theory and without logical and realistic responses on the one hand, and for not changing the economic mentality that controls the philosophy and trends of the non-model Iraqi economy on the other hand, as well as political will .

The basis of any type of market economy is the private sector, and its subjects have mutual and growing special interests and goals, as well as relations, ties and mutual interests. As they are often conflicting or intersecting in order not to devote and consolidate the methodology of developing and sustaining the work of the private sector.

Usually, a very important question arises regarding the role of the state’s / or government’s supposed intervention in stopping or confronting deflationary fiscal policy. Undoubtedly, before answering this question, it is necessary to understand the role of the state’s positioning in economic construction and organization, whether in the case of economic deflation, stagflation or complex economic situations. And another complex, and taking into account the lack of clarity of the optimal economic model for dealing with how to adopt the economic philosophy and the methods and policies required in its light.

Far from jumping from the facts and realistically and respecting the efforts of other actors and influencers in the trends and development of the Iraqi economy (decision-making, decision-making, diagnosis, analysis, evaluation and others), there is a perception that the implementation of the current unorganized and inconsistent economic and financial reform programs and efforts with scientific and specialized knowledge as it seems to me realistic It is not uncommon for it to lead, whether in deflation or stagflation or other things, to a weakening of the severity of economic problems, but rather an exacerbation of them, especially the absence of a future vision and economic and financial initiatives and responses (and diligence in generating / or making theoretical financial and economic complexities of the government with an inflexible economic philosophy that is not desirable Achieving economic growth or real development in a realistic way) in light of the continued rise in selling prices of Iraqi crude oil in global markets.Because of the importance of this topic, a special vision will be prepared later in the financial economy that deals with the dynamics of the Iraqi economy in accordance with the adoption of an active economic model in harmony with the business environment and the economic market...

Similar topics
» Al-Fatlawi to (NINA): The economic situation is ringing the alarm, and I call for the state to limit economic and financial matters
» An economic specialist for / Nina /: The confusion at the levels of the senior management of the Iraqi state institutions is one of the most important reasons for the collapse and decline of the administration of economic and service construction / Expand
» Iraqi Dinar's Revaluation and the Current Law and Economic State of Iraq
» Iraq reflects positive economic development & economic growth acceleration
» Developing the manufacturing industry will make Iraq a major economic state