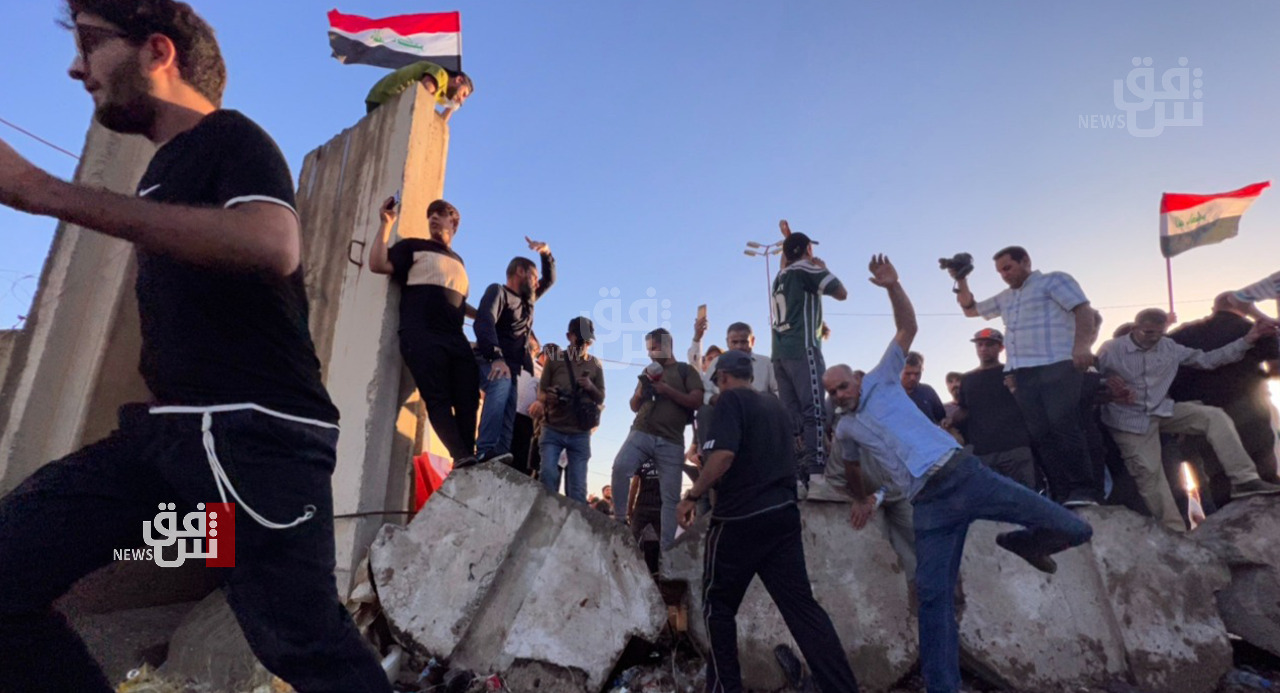 Shafaq News/ Hours after hundreds of his supporters stormed the Iraqi parliament, Moqtada al-Sadr brought an end to a protest that was a thinly veiled warning to his political rivals.

“Your message is received,” the mercurial Shia cleric told his followers. “You terrified the corrupt [his rivals].”

The unrest on Wednesday in Baghdad’s Green Zone, home to government buildings and foreign embassies, underscored the worsening political turmoil in Iraq. Competing factions have failed to agree on the composition of a new government almost 10 months after Sadr’s movement won parliamentary elections.

The bitter stand-off has plunged Iraq into one of its worst crises since the US-led invasion toppled Saddam Hussein in 2003, as the fragile nation has been without a functioning government since October.

The impasse marks the longest period of time it has taken fractious political groups to agree on a new administration since the first US-backed election in 2005. It is preventing Opec’s second-largest oil producer from enjoying the fruits of high crude prices and raising anxiety about further instability. It is also making foreign investors nervous.

“We’re just moving from crisis to crisis, with no clear end in sight to the stalemate,” said a senior government official.

Sadr, an erstwhile militia leader who led the main Shia resistance to the US occupation, draws much of his support from a devoted working class constituency, which he is able to mobilise on to the streets.

The storming of the parliament by his supporters on Wednesday appeared to be a warning directed at rival political factions more closely aligned to and supported by Iran. The populist Sadr has championed himself as a nationalist who has spoken against foreign meddling in his country, although he has links to Iran and has occasionally sought refuge there.

His supporters’ protest came two days after Sadr’s rivals agreed to a candidate for prime minister — veteran Shia politician and ex-cabinet minister Mohammad Shia’ al-Sudani — and indicated they would now attempt to form a new government.

But Sadr could unleash more protests if his demands are not met. Even if they were able to succeed, the cleric would remain a force in the political system.

Iraq has been blighted by political divisions and a weak fragmented state since it began its experiment with democracy after the fall of Saddam. The political system is designed around sectarian power-sharing, but it leads to constant horse-trading between factions competing for top government jobs and sources of patronage. The discord between Sadr and his rivals underscores the increasing fissures within the groups.

Sadr’s frustrations have mounted as his rivals have pushed back against his efforts to sideline them, weaponising the judiciary to issue rulings that hobbled his allies and stalled his progress.

It is obvious that the three disparate factions cannot function together in any reasonable manner, especially with Iran undermining any attempts to do so. George Bush Sr knew this 50 years ago and installed Sadam Hussein, a member of the Bathe Party, a minor group in Iraq, as a stabilizing central figure. And it worked.
However, just like Syngman Rhee, Manuel Noriega, Branco, Nicole Ceausescu and others the US backed, the corruption of power eventually took over.
There is no doubt that Iraq needs a strong leader, even one willing to bust heads and have a showdown with Iran, but that is not likely to happen in today's political environment.