Presidential elections: no PUK-KDP agreement yet

Presidential elections: no PUK-KDP agreement yet 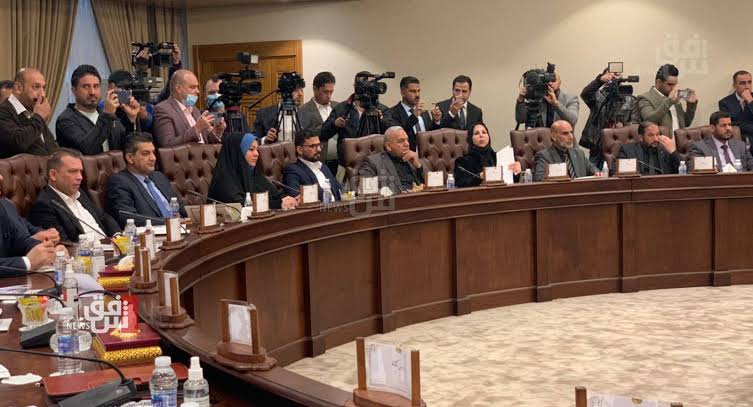 Shafaq News / The spokesman for the Patriotic Union of Kurdistan (PUK) bloc, Karwan Yarwis, revealed today that no agreement has been reached with the Kurdistan Democratic Party (KDP) regarding the Presidential elections.

This statement comes a few hours before the meeting that will bring the heads of parliamentary blocs together, to discuss addressing the current situation in the country.

Yarwis told Shafaq News agency that the PUK has nominated Barham Salih for the position of President of the republic, while the KDP chose Rebar Ahmed, noting that the two sides have not been able to agree on a single presidential candidate yet.

The Coordination Framework (CF) is reconsidering the caretaker Prime Minister Mustafa al-Kadhimi for a second tenure in office amid internal division over Nouri al-Maliki expressing interest in running for the premiership by himself.

"The leaders of the Shiite consortium convened yesterday at the headquarters of Ammar al-Hakim, the head of al-Hekmah movement, to discuss the preparations for the formation of the government," multiple sources reported to Shafaq News Agency, "it was not plain sailing, however, since Nouri al-Maliki expressed interest in taking over the premiership."

"The majority of the Framework's leaders did not approve Al-Maliki's candidature since there has been an agreement that the PM-designate shall be a second-tier leader," the source said.

"By default, the bloc with the most seats shall name the prime minister. i.e, Hadi al-Ameri's al-Fatah, with 45 lawmakers under its name, has the right to do so," the source continued, "so far, the top contenders for the post are former Interior Minister Mohammad al-Ghabban, Minister of Labour Mohammad al-Sudani, and incumbent Mustafa al-Kadhimi."

"The Coordination Framework meetings will continue to be held at al-Hakim's residence since he decided to bow out of the political scene," the sources added.