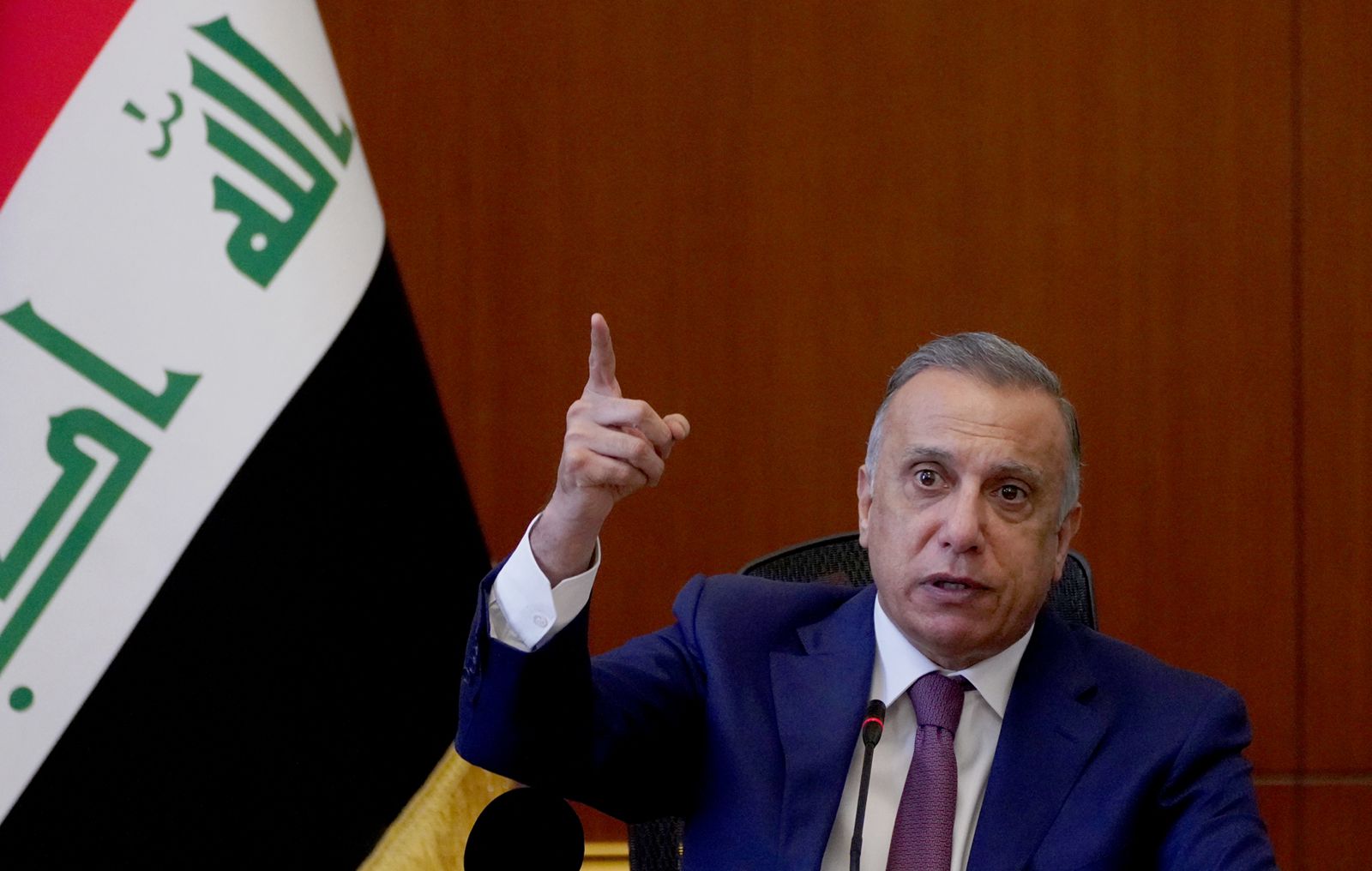 Prime Minister Mustafa Al-Kazemi said, on Thursday, that Iraq is not part of any axis or alliance in the region, and that the Saudi conference will address the files of economic cooperation and the updates that resulted from the Corona pandemic and the two crises of food security and climate change, while noting that the indicators of the World Bank confirm that Iraq has passed the crisis. Economic "in a very short time".

Al-Kazemi said during his meeting with a number of journalists and media professionals, according to a statement by his media office: "I put you in the atmosphere of the invitation that we received to participate in the Saudi conference, in the presence of the Gulf Cooperation Council, Iraq, Egypt and Jordan, in addition to the United States of America. The conference agenda will discuss cooperation in the fields of economy, And energy, and the challenges brought about by the Corona pandemic, the food security crisis, as well as climate change.”

He added, "The other talks about the summit's goals are an attempt to confuse, and are absolutely untrue, and they are an attempt to distance Iraq from the prominent role it plays in the region, and for this government to carry out its tasks in serving the people, and attracting investments and support for the benefit of Iraq."

He explained, "We are going to the conference in the Kingdom of Saudi Arabia, and we focus on the file of water and climate changes, and partnership in the issue of energy and electrical connectivity, as well as economic partnerships, and joint investments, and all of this is good for the Iraqi people, and great support for investment projects in Iraq."

He continued, "It is this role that gives Iraq an opportunity for investment, cultural exchange, education, and health. The world has changed many of its concepts after Corona, and the security and defense strategy has become health, education, and industry. It is unreasonable for our strategies to remain based on illusions and mistrust." And stay away from cultural commons.

He said: "Iraq has found itself in cooperation and coordination, and in projects related to serving the citizen; for this we brought a group of large investments in Iraq, and as a result, we were able to bring in large sums of investment, which was reflected in huge projects."

He continued, "This government came in a difficult economic circumstance and we crossed it, and the economic indicators from the World Bank confirm that Iraq succeeded in a very short time in crossing this crisis, and we presented a vision for economic reform represented by the white paper."

He stressed that "Iraq today is one of the countries most affected by climate change, and we need the help of others, and for this we have taken a decision to cooperate with our brothers and friends in overcoming these challenges."