After an agreement to invest $27 billion in energy, France's Total withdraws from Iraq

After an agreement to invest $27 billion in energy, France's Total withdraws from Iraq 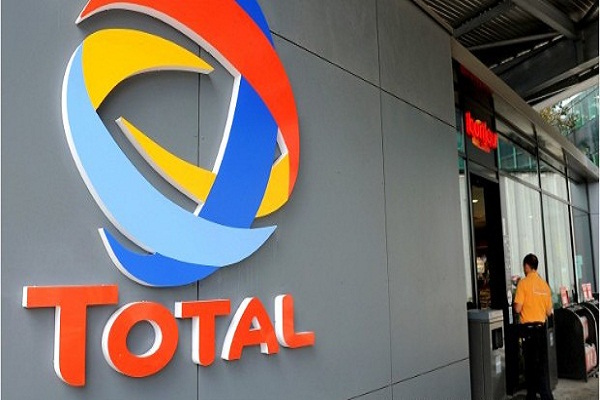 Economist Nabil Al-Marsoumi revealed, on Tuesday, that the French company Total decided to withdraw from Iraq, at the end of this month.

Al-Marsoumi said in a Facebook post, “Private information from reliable sources indicates that the French company Total decided to withdraw at the end of July from the initial agreement it signed with the Iraqi Oil Ministry, in September 2021, due to the delay in forming the Iraqi government and the inability to convert the initial agreement into a final contract between them. ".

He pointed out that "the previous agreement included the implementation of four projects in Basra worth $27 billion in the field of oil, gas and electric power. The first is to develop a complex and refining gas in all fields, outside the Basra Gas Agreement, which are the fields of (Artawi, West Qurna/2, Majnoon, Al-Touba, Al-Luhais)." )".

The second project is related to "transferring and treating sea water with a capacity of 5 million barrels per day to maintain and increase production from oil fields, the third project, the establishment of facilities to produce one thousand megawatts of electric power based on solar energy, and the fourth project, the development of the Artawi oil field with the aim of maximizing the potential of gas supply."

The implementation of the project was delayed due to "the Oil Ministry's failure to obtain approvals on the financial details of the deal from all government departments whose approval is required, and it sank into many disputes."

The economic expert pointed out that "the agreement raised concerns because of the signing of the agreement without procedures that guarantee competition and transparency."

The sources say that "under the draft terms, Total is counting on obtaining ten billion dollars of the first investment to finance the broader project by selling oil from the Artawi oil field, which is one of the four projects in the broader agreement."

Re: After an agreement to invest $27 billion in energy, France's Total withdraws from Iraq

I think Total's withdrawal from Iraq greatly impacted its economy. The oil and gas revenues from that company were an important part of life in the country. I think Total will eventually come back when it gets a better offer, but the Iraqi authorities will have to give twice as much money for that. Right now, I pay a lot of money for utilities. What scares me is that the price tag on everything is always going up, not down. I already gave up one of my credit cards because there was too much debt. The only thing that saves me now is my one major cashback credit card I found at youngandthrifty.ca. It's only because of that find that I can still pay my car bills and fix appliances, food, and utilities.

Similar topics
» 27 JUL 12 Member: Committee on Energy to learn the agreement, which took place between Iraq and Kuwait to invest in joint oil fields
» Iraq paid $ 48.7 billion out of a total of $ 52.4 billion in compensation to Kuwait
» Qatar wants to invest in energy inside Iraq
» Oil Minister: Iraq has promising opportunities to invest in the oil and energy sector
» Next week .. Barham Saleh meets Macaron in Paris