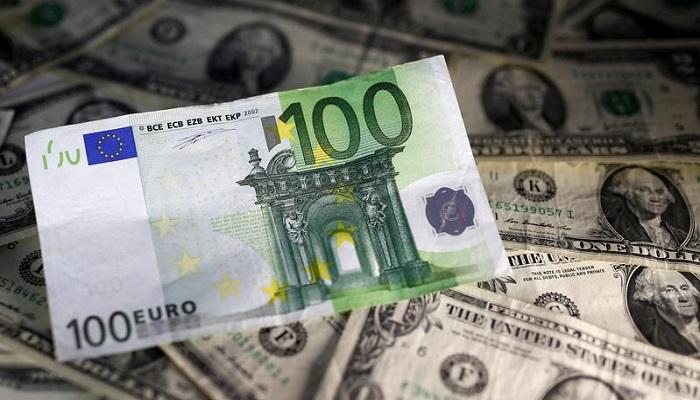 Shafaq News / The euro and the dollar have reached parity for the first time in 20 years, signalling the market's assumption that the European economy is heading for a deep recession as a result of Russia's invasion of Ukraine.

The shift means European companies and consumers will pay more for the goods and services they import, while European exports become immediately cheaper in international markets.

The euro has experienced a dramatic loss of value since early February when it was worth over $1.13.

The fall accelerated in recent weeks as fear spread that Russia, the EU's main energy provider, was going to completely cut off gas flows in retaliation for Western sanctions.

So far, 12 EU countries have suffered a total or partial reduction in Russian gas.

Supplies from the Nord Stream 1 pipeline stopped earlier this week for a planned 10-day maintenance. It's unclear if the Kremlin will order the suspension to extend beyond that deadline and become indefinite.

"Let's prepare for a total cut-off of Russian gas. This is now the most likely option," Bruno Le Maire, France's finance minister, has said.

All eyes will be on the euro to see if it ends up falling below the American dollar. The last time this happened was in November 2002, when the euro was worth $0.99.

Since then, the euro enjoyed a steady rise, reaching almost $1.60 in the summer of 2008, when the Great Recession was wreaking financial havoc across the US.

But Russia's full-scale attack against Ukraine has turned the tables around, taking a heavy toll on the EU's economy. The invasion has upended energy markets and sent gas bills soaring to all-time highs.

The sudden shock has triggered record-breaking inflation across the eurozone, with an 8.6% figure in June, together with a gradual slowdown in economic activity.

The combination of both factors has brought back the spectre of stagflation, a dangerous mix that depresses growth while goods remain excessively expensive for consumers and companies.

The European Central Bank has already hiked interest rates in a bid to tame inflation and plans to continue doing so as the situation further deteriorates. But some analysts have criticised the ECB for moving too late compared to its counterparts in the US, the UK and Canada.

Similar topics
» MarkZ: "The goal is to then RV or revalue. then reset where everything would move into parity" (Parity??? What An IDIOT GURU!!! Everybody Would Lose Money! Do The Gullible Get It? LOL) 10/26/21
» http://www.telegraph.co.uk/finance/financialcrisis/8650929/Euro-reaches-eleventh-hour-as-Angela-Merkel-and-Nicolas-Sarkozy-hold-crisis-talks.html
» Breitling says they will have 2 co-existing currencies at the same time and they will both raise in value percentage wise at the same time (for about 3 years).
» Larry on the Dollar and the Euro
» IMF chief proposes 28 billion euro Greek loan for 4 years

Page 1 of 1
Permissions in this forum:
You can reply to topics in this forum
Who is online?
In total there are 76 users online :: 0 Registered, 0 Hidden and 76 Guests :: 2 Bots