Al-Maliki: CF is very close to forming a new government,

Al-Maliki: CF is very close to forming a new government, 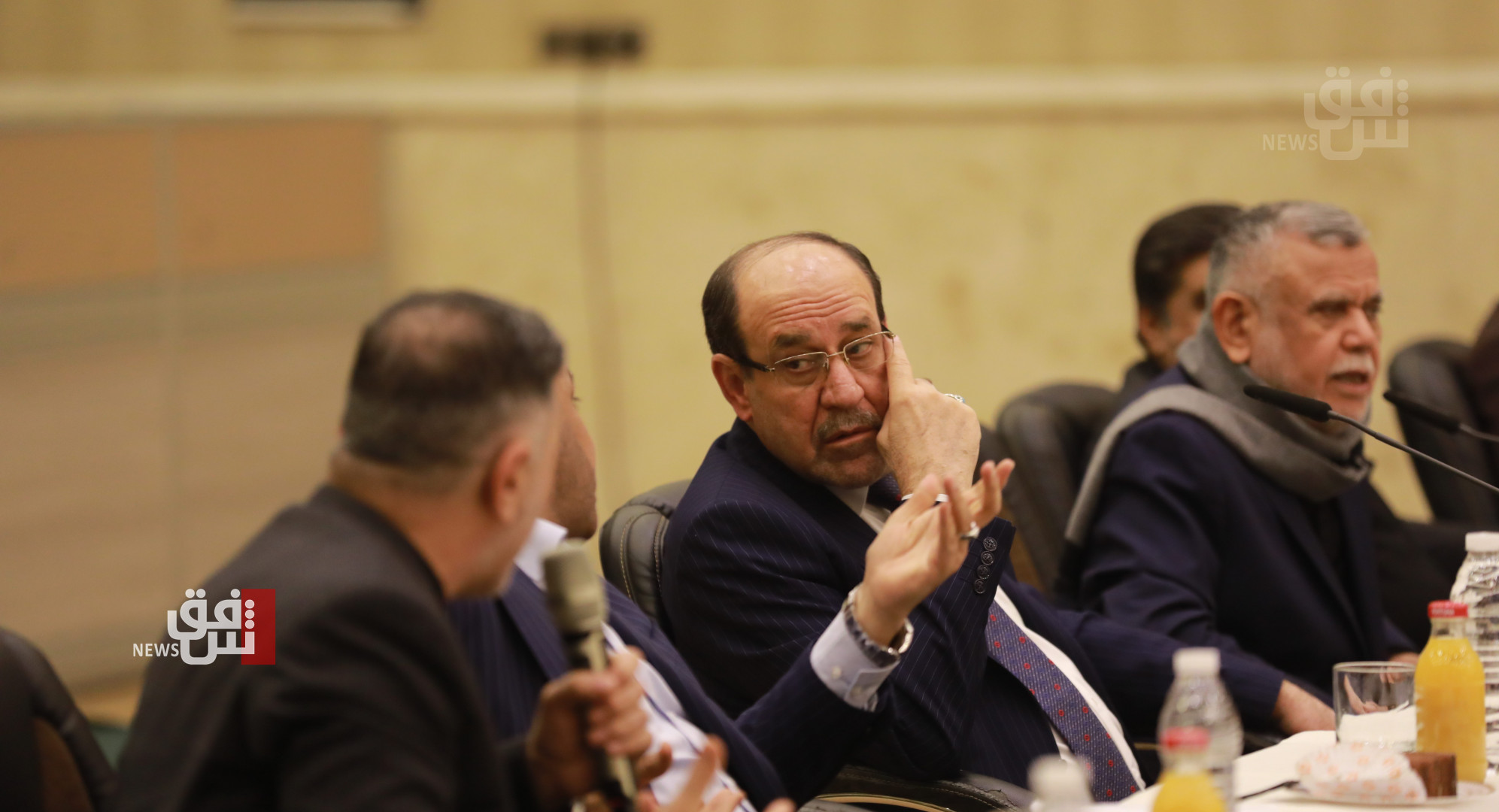 Shafaq News / The head of the State of Law Coalition, Nouri al-Maliki, said that the Coordination Framework has come a long way in its political talks with the other Iraqi parties.

Al-Maliki said that the Framework proved that its policy is far from excluding any party, and has become almost ready to appoint a Prime Minister and form a new government.

He added that the Framework accepts all mechanisms and suggestions that might enhance and develop its performance.

Earlier today, the head of al-Fatah bloc refuted media reports claiming that a conflict over the premiership has pitted him against his allies in the Coordination Framework.

Al-Ameri said in a press release, "at a time our honored people anticipate achieving the constitutional entitlements, forming a government, and approving its national program; we noticed that some media outlets are sharing different news and commentaries claiming that Coordination Framework witnesses a competition between al-Ameri and other people over the premiership and that this competition might deconstruct it."

Al-Ameri dismissed these reports as "unfounded" and "probably paid for", stressing that he "is not a candidate for the post and refuses to name him to it."

"My priority is the unity of the Framework. I will offer support to any candidate the brothers agree upon despite our decision that we will not participate in any government."