Association of Private Banks: 98.12 trillion dinars, the volume of deposits at the end of the year 2021

Association of Private Banks: 98.12 trillion dinars, the volume of deposits at the end of the year 2021 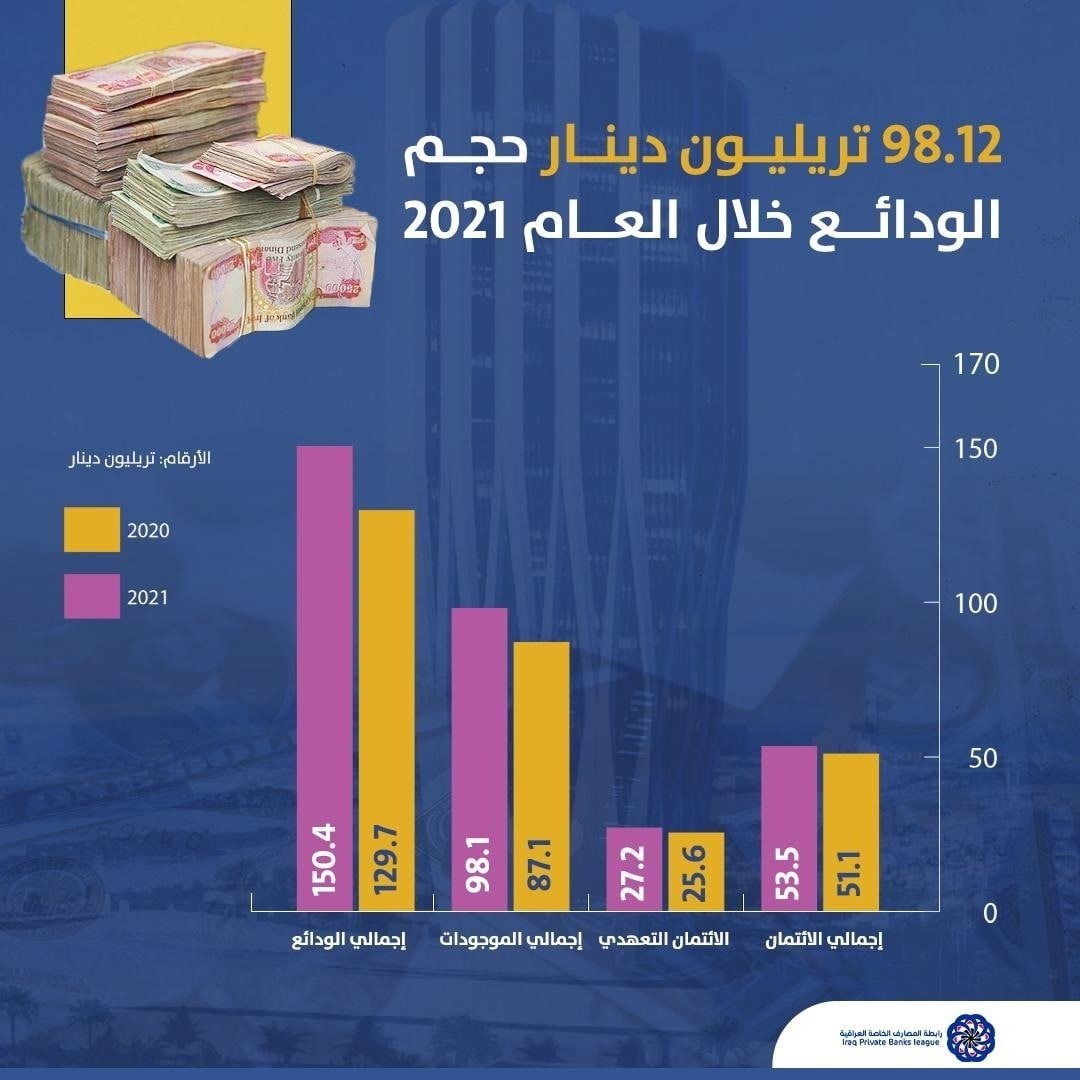 The Association of Iraqi Private Banks announced that the volume of deposits in the banking sector will rise to 98.12 trillion dinars until the end of the year 2021.

The Executive Director of the Association, Ali Tariq, said that the total assets in the banking sector increased by 15.87% during the year 2021, to become 150.4 trillion dinars.

Tariq noted that the increase in banking indicators indicates a high level of trust between the citizen and the banking sector, due to the strategy of the Central Bank, which worked to develop the sector and increase and diversify services.