The appearance of Muhammad Salih: 150 trillion dinars, unamortised advances owed by the ministries

The appearance of Muhammad Salih: 150 trillion dinars, unamortised advances owed by the ministries 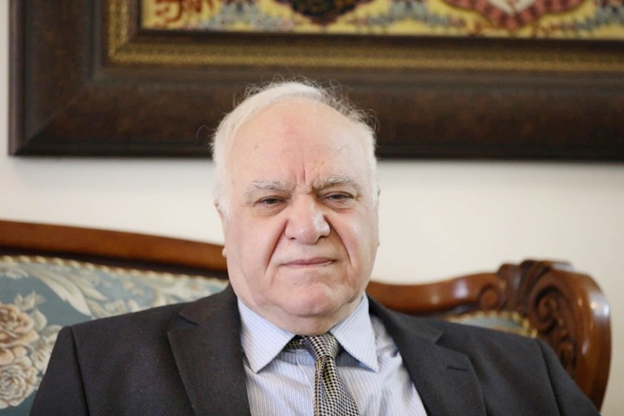 Adviser to the Prime Minister for Economic Affairs, Mazhar Muhammad Salih, revealed, on Sunday, the existence of huge un-amortized advances to the ministries, amounting to 150 trillion dinars, which prevents the completion of the final accounts .

Saleh said in a press interview, that "the obstacles that prevent the final accounts from being conducted are the lack of budgets, and the ministries borrowing huge amounts of money that have not been extinguished so far, exceeding 150 trillion dinars ."

He added, "The final account procedure requires the existence of a general state budget, and in the absence of it, it is necessary to issue a budget law (a reality) that is discussed and approved by the House of Representatives ."

Saleh explained, "The final accounts require that they be prepared in succession, as it is not possible to calculate a current year without making the calculation for the previous one, and this is expected to happen during the current year, in the event that a general budget of the state is not approved ."

Similar topics
» Dr.. The appearance of Muhammad Salih *: A testimony of history on the issue of raising the value of the Iraqi dinar in the year 2006-2008, as revealed by Professor Muhammad Allawi in his last lecture in Washington **
»  Zebari: oil revenues during 2015 will be 84 trillion dinars We have directed the ministries to impose taxes on services
» Iraqi Council of Representatives approve the federal budget for 2017, with 100 trillion dinars and a deficit of 21 trillion dinars
» An economic institution for / NINA /: non-oil revenues will exceed the 7 trillion dinars barrier, while the budget is planned for 20 trillion dinars
» Iraq for the first time achieves a real financial deficit of 4.3 trillion dinars during the government of Abdul-Mahdi after increasing spending to 111.7 trillion dinars