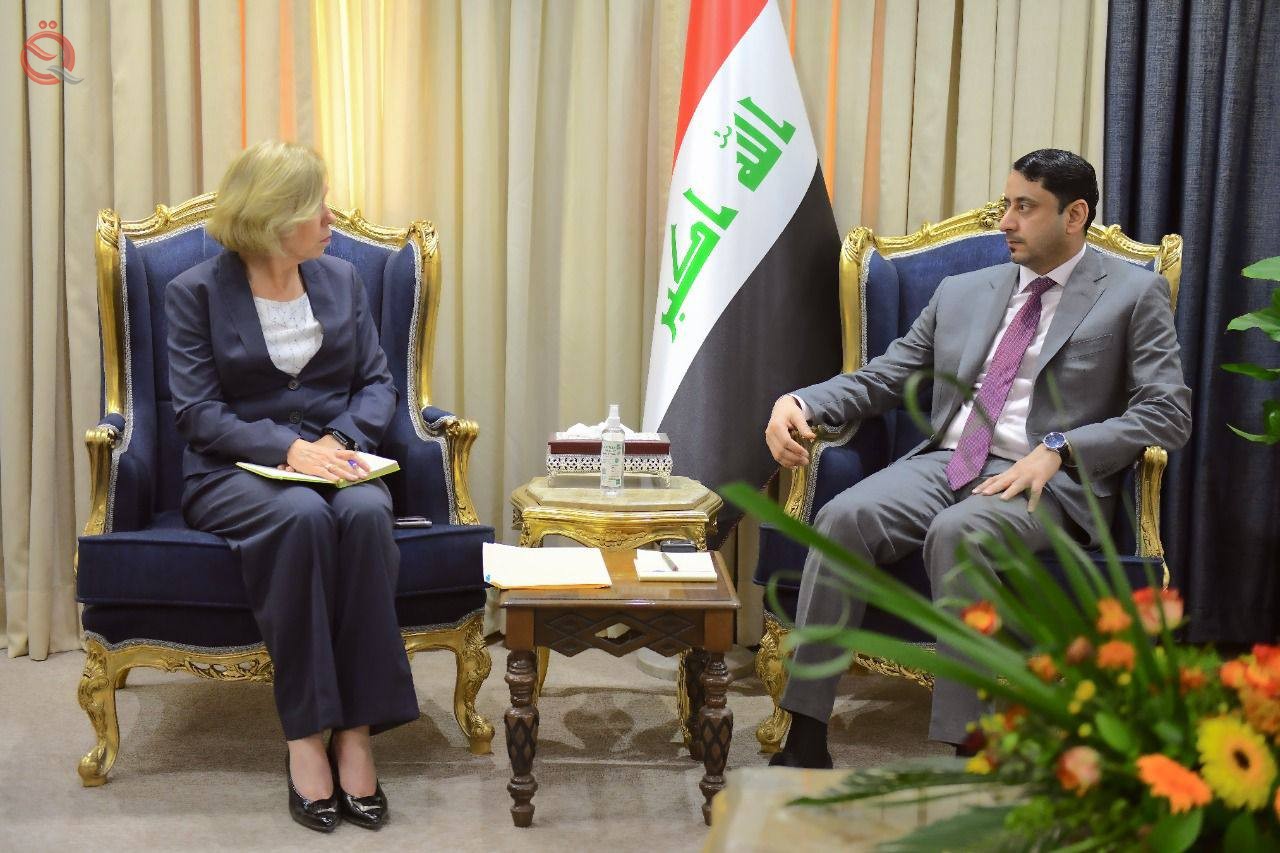 On Tuesday, Australian Ambassador to Iraq Paula Ganley expressed her country's desire to work on opening new horizons of cooperation in the fields of investment, industry and trade with Iraq, and to increase the volume of Australian exports to Iraq.

Al-Ghazi praised, according to the statement, "the solid bilateral relations that link the governments and peoples of the two countries, and seek to develop and deepen them in various fields, especially in the process of investment, trade and the economy," praising the "continued support by the Australian government to the Iraqi people in the humanitarian aspects and the effort to support stability in Iraq." liberated areas.

Al-Ghazi said, "The law of emergency support and development approved by the Council of Ministers came due to the repercussions of the Russian-Ukrainian war, and its reflection on the global economic situation in general, and on the Iraqi citizen in particular, as it will allow securing dues for importing gas and supplying electric power, in addition to improving Ration card items, increasing the annual quota for the Iraqi individual, improving the agricultural sector and strategic storage of foodstuffs.

In turn, Ganley expressed "the Australian government's desire to work on opening new horizons of cooperation in the fields of investment, industry and trade, and to increase the volume of Australian imports into Iraq."