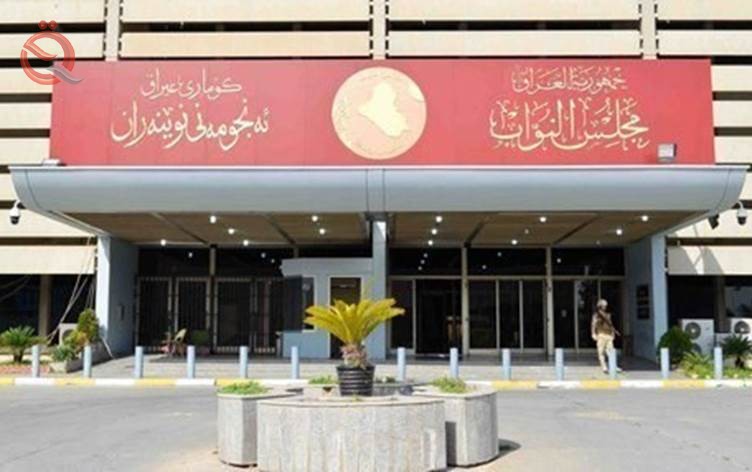 A member of the Parliamentary Finance Committee, Nazim Al-Shibli, revealed, on Wednesday, new details regarding the draft law on emergency support for food security and development, and the expected benefits from it.

Al-Shibli said in a televised interview, followed by “Economy News”, that “the economic situation the world is witnessing is dangerous, and there was a hosting of the Minister of Finance at the beginning of the formation of the House of Representatives, and the issue of the exchange rate and the possibility of changing it was raised, and a verbal request was directed to the government to pass a law that supports the poor classes and provides the quota. necessary from the ration card and supports food security.”

He added, "The draft law on emergency support for food security and development that reached Parliament has two aspects, food security and the possibility of providing it, and development, and that farmers' entitlements were among the most important points that the project began with, and that the Russian-Ukrainian war began threatening food security for all countries." And that Iraq has a direct impact because it imports grain from Ukraine, hence the birth of this project.”

He continued, "The project targeted agriculture and the issue of agricultural development in particular, as well as providing the ration card items to the citizen over a period of 12 months to be distributed on a monthly and regular basis, in addition to forming strategic storage at the wheat level for a period of no less than 3 months and as needed, and forming strategic storage. The ration card for 3 months, in addition to the monthly savings for each individual.

A member of the Finance Committee explained, "The House of Representatives has no disagreement over the details of the project, and it will not abort, despite the presence of some opponents of it for political purposes," noting that "the project has clear agricultural development and that the farmers' dues for the past years will be paid in full, and this year's dues will be paid for the season's crop." Present".

He continued, "The government does not have a strategic store for food security, and that this project does not contradict the Financial Management Law and does not intersect on the 1/12 ratio spent by the ministries."

He stressed, "The House of Representatives rejects by an absolute majority any borrowing, loans, debts, or external and internal borrowing in the project," noting that "the project will depend on the surplus oil for production and an increase in the price of a barrel to support food security."

Al-Shibli went on to say, “Providing sums of money in the project for importation does not mean the possibility of that happening, as most countries, including the neighbors, may refrain from exporting during the coming months, and that the hierarchy of the project’s importance is first of all providing urgent sums to import the strategic stock in light of the current environment suitable for import, The second hierarchy of importance is to support the local product and agriculture to face the possibility of cutting off imports, so capabilities must be provided to reassure the farmer.

And he indicated, "Some people from neighboring countries are seeking to deplete the crop available inside the country at a price higher than what was agreed upon with the state and voted for by the farmer," noting that "the project addresses the emergency situation to secure food security and the ration card items throughout the year, 3 months of reserve and 7 main materials. Fixed portion per person.

He pointed out that "the ration card includes more than one local product of wheat, oil and sugar, but there are other basic materials that must be provided for in importing them," explaining that "the opponents of the project claim that it is financial, and this is not true, as it supports agriculture and the development of projects."

And a member of the Finance Committee added, "The project is not a substitute for the budget, as the law is enforceable until the budget is approved. In the event that political consensus occurs and the government is formed, it ends, because the project is emergency, and there is a preconceived notion of delaying the formation of the government."

He stated, "The emergency food situation deserves a serious pause, and that the project deals in the first place with food security, then farmers' entitlements, agriculture, the summer plan, the winter season, and savings and amounts, and then comes the development of projects, and this is not absolute. Projects due to lack of funding, priority to the governorates of Najaf and Karbala, and the place of poverty will be addressed and social care."

Al-Shibli concluded his speech by saying: "I refuse to distribute sums of money directly to citizens. Rather, food, job opportunities and support for agriculture must be secured, because distributing them in this way will cause the market to rise."

Similar topics
» Read the law on emergency support for food security and development
» The Minister of Planning announces the launch of the National Food Security Project in Iraq
» Iraq announces its joining the project to strengthen food security in the Arab countries
» Iraq adopts electronic visa with Turkey, Egypt and Germany
» Parliamentary Security and Defense receives Director of the Political Bureau of the United Nations Organization (UNAMI)