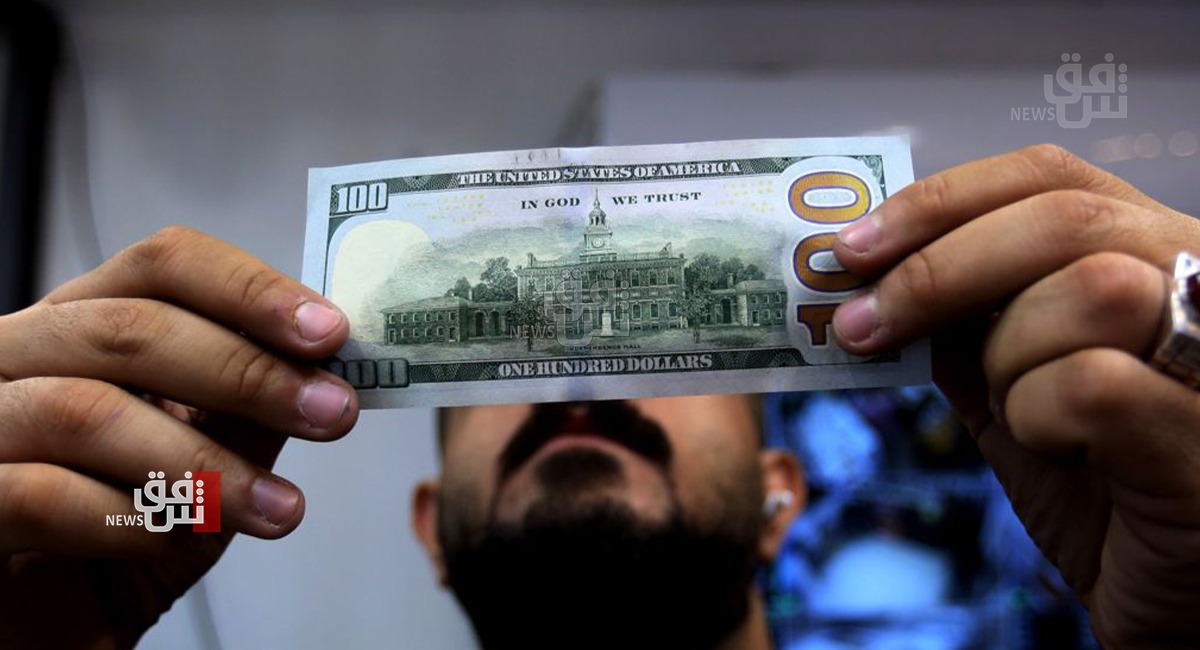 Shafaq News/ In a short period of only 48 hours, currency speculators pocketed millions of dollars after disseminating rumors that the Iraqi government is seeking to change the exchange rate of the U.S. dollars in the 2022 budget. Iraqis rushed to the exchange joints scattered everywhere throughout the country to convert their dinars to a safer dollar, only for the rate to rebound immediately after the Central Bank of Iraq (C.B.I.) debunked these rumors.

In December 2020, the Central Bank of Iraq set the new rate for the dinar, which is pegged to the U.S. dollar, at 1,450 Iraqi dinars when selling to the Iraqi Finance Ministry. The dinar will be sold to the public at 1,470 and to other banks at 1,460.

The new rates represented a dramatic reduction from the previous official rate of 1,182 IQD. It is the first reduction in exchange rates that the Iraqi government has made in decades.

As a result, according to specialists, annual inflation in Iraq has skyrocketed, with all prices of materials and goods in the Iraqi market rising significantly, igniting a wave of discontent among the public and experts equally.

"The tweets of Sadrist leader Muqtada al-Sadr and his insistence on hosting the finance minister and the governor of C.B.I. created a feeling that the exchange rate change would take place within hours. The majority rushed to sell consequently. However, the absence of buyers contributed to a reducing the dollar's purchase rate," economist Dhurgham Mohammed Ali told Shafaq News agency.

"The statements of the C.B.I. governor, who confirmed that there was no change in the exchange rate, have raised the value of the dollar again," Ali said, indicating that speculators have exploited the supply-demand game to make profits.

In a Feb. 17 tweet, the leader of the Sadrist movement, Muqtada al-Sadr, lamented the smuggling of foreign exchange out of the country and the 2020 devaluation of the Iraqi dinar, among other issues. He also called on lawmakers to question the head of the C.B.I. governor, Mustafa Ghalib Makhif, and Finance Minister, Ali Abdul-Amir Allawi.

The day after, First Deputy Speaker Hakem Al-Zameli, a Sadrist MP, summoned Allawi and Makhif to the parliament. Allawi promptly dismissed the summons in a strongly-worded letter to Prime Minister Mustafa al-Kadhimi on the same day. The finance minister essentially argued that his summoning per a "tweet" by Sadr was a protocol violation. Ghalib showed up in the legislature on Feb. 19.

Following the government-parliamentary escalation, the dollar fell in the local markets, catalyzed by rumors that the government intended to lower the devaluation reverse, leading citizens to sell their dollars at rates below 141,000 dinars to 100, down from 148,000 dinars.

"Government inability to address the situation"

"Over the past few weeks, speculators fueled the rumors about reversing the devaluation to boost their gains by buying at lower prices and yielding when the prices surge again," he said.

"The Iraqi market is volatile. There is no order and law restrains for currency traders," Firas al-Hamdani, president of the Baghdad Chamber of Commerce, told Shafaq News agency.

"Confusion started after summoning the governor and the minister of finance. However, the absence of the latter stirred panic of a further drop of dollar exchange rates against the dinar among some traders and companies," al-Hamdani said.

"Those who understand the Iraqi economy and the budget are aware that the exchange rate is fixed in the 2021 budget. Therefore, it cannot be changed," al-Hammadani added.

Iraq's Ministry of Finance downplayed the impact of the national currency devaluation on the foodstuff and basic commodity prices in the Iraqi markets, hinting at a greater role for other factors that are often overlooked.

An infographic shared by the ministry said that logistic and transportation costs, in addition to the rise of metals and primary material prices, contributed to the prices surge.

The ministry said that the rise of foodstuff in the global market drove its prices in the domestic market up.

Prices are under control

"C.B.I.'s s job is to fight the sharp and strong inflationary forces," Saleh clarified, "the bank is building good reserves and injecting stability into the economy."

Dollar prices remain captive to C.B.I. specialists and officials in assessing the country's financial situation, as long as the dollar is not subject to flotation.

Re: Exchange rate game in Iraq: how speculators grossed millions of dollars in 48 hours scheme

I do not think that this will somehow affect the use of this application https://betwinner-online.africa/downlaod-app/. In general, interesting news that you can read and draw your own conclusions, but that's all. There is no doubt that these manipulations will be repeated. This is speculation with money that is in all countries where the currency is pegged to the dollar.