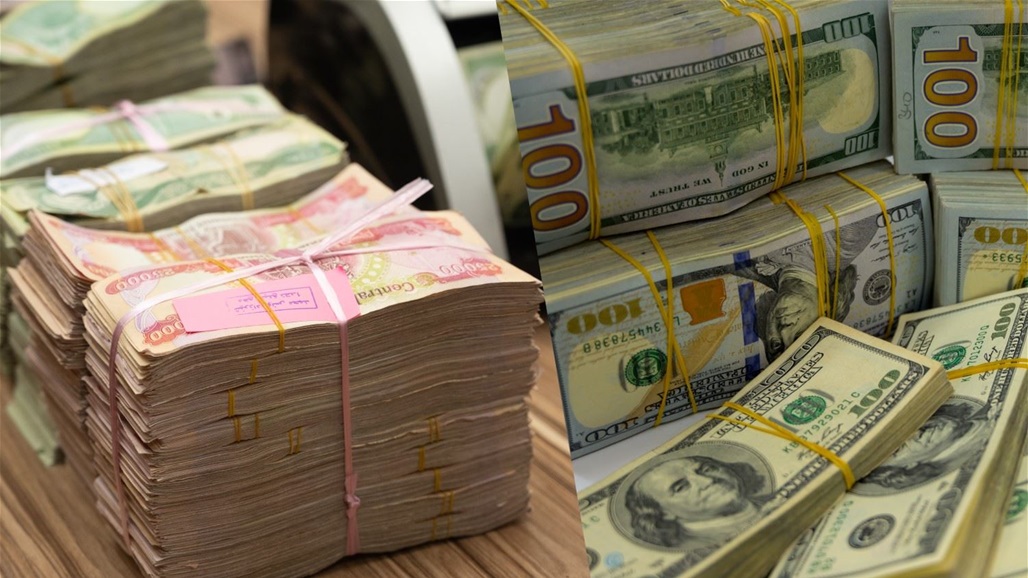 The State of Law coalition, for its part, affirmed its determination to reduce the price of the dollar against the dinar according to professional mechanisms set by the central bank and the government without harming the segments of society, while a parliamentarian indicated that the currency exchange rate is a purely scientific economic issue and there are competent authorities that can decide on it in the interest of the country, as he suggested. Economist Adoption of the smart dollar to reduce the damage to the poor and vulnerable classes with regard to the economic and health sectors.

Representative of the State of Law CoalitionMuhammad Hassan Radi Al-ShamryHe affirmed that his coalition is determined to reduce the exchange rate of the dinar against the dollar to a previous era as long as the justifications for raising it previously were negated, pointing out that there are other doors through which the government can comfortably cover its cash needs if it is used in an optimal way.

Al-Shammari said in an interview with Alsumaria News, "The State of Law coalition was and remains firm and clear in the issue of raising the price of the dollar against the dinar, and we boycotted the voting session on the previous budget for this reason, and we will have a firm position also during the next budget," noting that "returning the exchange rate To its predecessor through mechanisms adopted by the government, the Ministry of Finance and the Central Bank that do not harm the market and the citizen is something that has been bypassed and is not retracted.”

Al-Shammari added, "Restoring the purchasing power of the dinar and improving the economic situation of the country and the citizen alike is an important and vital matter, and any talk about the existence of fears of negative repercussions on merchants or employees' salaries in the event of returning the previous price is worthless fears. On the contrary, returning The exchange rate to its predecessor will revive the market, increase the profits of traders and reduce the burden on the citizen,” noting that “all the justifications for raising the exchange rate previously have disappeared, and that the central bank reserves and global oil prices are all matters that make the financial side and cash liquidity with the government safe and does not require continuing in exchange rate hike policy.

He stressed that "there is a parliamentary insistence on our part to restore the exchange rate and leave the mechanism to achieve this step to the monetary policy of the state and the governor of the central bank after the reasons for raising the price have disappeared," stressing that "IraqHe has other resources, if exploited, as they are no less important than oil, such as the agricultural and industrial sector, in addition to the issue of border crossings, each of which is considered an oil pipeline that generates very large profits for Iraq if it is properly exploited.

For his part, the economic expert indicatedSafwan Qusay, to the possibility of reducing the damage of the dollar’s ​​rise against the dinar on the weak and poor classes through the adoption of the smart dollar for the economic and health sectors.

Qusay said in an interview with Alsumaria News, "There are many doors through which the government and the central bank can deal with the damage caused by the high exchange rate of the dollar against the dinar, including those related to the ration card and social welfare," noting that "what is related to the issue of currency smuggling, the bank The Central Bank is keen to re-evaluate monetary policy and control the movement of banks in order to switch to the documentary credit system.

Qusay added, "The monetary and fiscal policy is supposed to be integrated so that we feel that there is control over the value of the dinar and the movement of goods and money," noting that "there are procedures through which it is possible to work to achieve economic and health support in what is known as the smart dollar for certain sectors by allocating The Central Bank amounted to five billion dollars for the purposes of purchasing foodstuffs and achieving food security, provided that the purchase be exclusively byMinistry of CommerceAt a subsidized price, it would have been 1,190 dinars to the dollar, which supports the prices of materials that affect the lives of the poor and fragile classes, so that the window for government purchase and circulation is in order to ensure that this dollar enters its

beneficiaries .Ministry of HealthWhich can allocate one billion dollars to buy medicines for chronic diseases at the same subsidized price of the dollar against the dinar and directly by it, so the central bank can break prices for necessary commodities that can be reflected on the rest of the commodities in varying proportions in order to reduce the effects of the dollar’s ​​rise.”

Member of Parliament Thaer Al-Jubouri stressed that the currency exchange rate is a purely scientific economic issue and there are specialized parties that can decide on it in the interest of the country.Al

-Jubouri said in a press interview, "Talking about hosting the governor of the Central Bank or the Minister of Finance regarding the exchange rate of the dinar against the dollar are all things we believe. It does not go beyond being a political discourse," noting that "the currency exchange rate is a purely scientific economic issue, and there are competent authorities that can decide on it in a manner that serves the interest of the country.

"IraqThey rejoice when their salaries are paid on time. Therefore, one of the economic treatments at a time of crisis was the adoption of a new exchange rate in order to strengthen the economy and provide financial liquidity within my personal vision,” noting that “the whole issue depends on an economic equation and the Central Bank must go to it in order to There will be a solid economy in which you can manage financial matters and provide salaries inside the country."