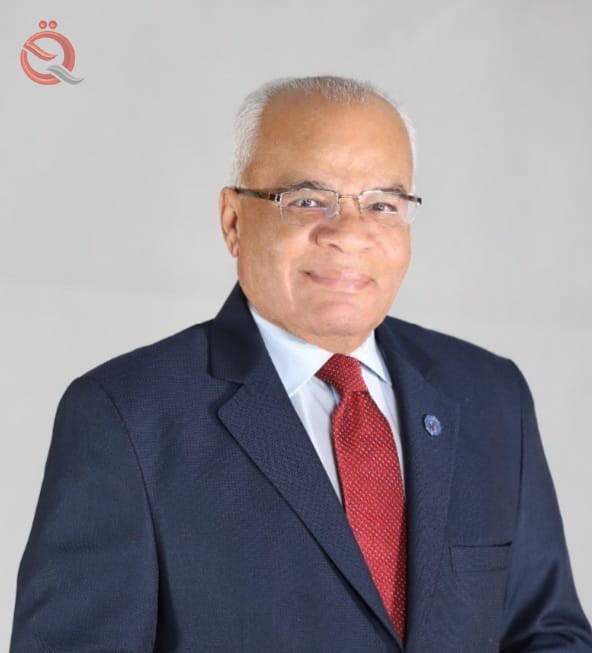 The Honorable Iraqi Council of Representatives hosted the Governor of the Central Bank of Iraq to discuss the exchange rate of the Iraqi dinar and the monetary policy of the Central Bank to control the foreign currency in the daily selling window.And that this hosting is the third or fourth in the series of hosts for the governor during 2020 and 2021, and certainly he has explained to the deputies, with high transparency, the reasons that led to the change of the exchange rate in December 2020, which are known to all specialists and non-specialists, which are the challenges and economic crises that Iraq was suffering from In the last quarter of 2020, the government was unable to pay the salaries of employees, retirees and social welfare, in addition to the government’s other obligations to pay its external debts and internal obligations, and address the real deficit in filling government expenditures, the absence of government reserves in the public treasury, and the weak financial position of the government, and it was the duty of the Central Bank to do so Circumstances to support the national economy in accordance with its objectives and tasks contained in its law and by using monetary policy tools and applications to save public finances and save the national economy that was suffering from economic depression than if the situation continued, it would lead toA great financial and political disaster, and the topic was presented to all the political blocs represented in the House of Representatives in an expanded meeting and their approval was obtained to change the exchange rate, so the central bank issued its statement to amend the exchange rate. A plan has been developed to address this to ease the burdens on this category, to be implemented jointly by the Central Bank and the relevant ministries

Unfortunately, the plan was not adhered to by all parties except for the Central Bank, which launched several initiatives to stimulate and revitalize the economic cycle and allocated up to (9) trillion dinars to finance small, medium, housing and strategic projects in 2021, in addition to (6) trillion dinars previously allocated and allocated at the beginning of this The year was an additional two trillion dinars to sustain his incentive initiatives, which was able to employ more than 40,000 unemployed people, in addition to his support to the state treasury, amounting to 30 trillion dinars in the years 2021 and 2022. The percentage of loans granted to the private sector amounted to about 30% of the total loans granted to it, and he issued instructions for the sale and purchase of foreign currency for the year 2021, which are instructions to control the window for selling foreign currency, prevent its smuggling, maintain exchange rate stability, combat money laundering and terrorist financing, and with all these efforts he made The Central Bank with its new administration in just 15 months

Although Iraq adopts a fixed exchange rate, the stability of the exchange rate is largely determined by supply and demand according to the effects and repercussions of the economic reality in a country like Iraq that suffers from challenges, repercussions, economic, financial and political crises, and structural and systematic defects in managing the economy and money that the central bank does not bear alone because its role is clear, specific and independent It is focused on stimulating the economy according to the tools and applications of monetary policy, but this cannot be achieved without joint coordination with fiscal policy and other economic sectors, activating the real economy, diversifying sources of national income, and leaving the unilateral economy based on oil as a major resource, which constitutes 93% of the revenues of the general budget, 60% of GDP.

Therefore, I call upon the people’s representatives and politicians to do justice to their independent national sovereign institution (the Central Bank of Iraq) and not to expose it to international reputation risks and thus negatively affect the reputation of the Central Bank and the Iraqi banking sector internationally, and then Iraq will be re-listed under the “high-risk country” In the Financial Action Organization and by the European Union because economic matters and fiscal policy are not discussed in front of the media, but through legal and constitutional institutions and in closed meetings because the topic is hosting and discussion, not interrogation.It requires all parties to return to the statement of the Central Bank in which it determined the new exchange rates on December 19, 2020, in which it clearly and with high transparency specified the reasons and rationales for determining the price and what measures it will take and what other parties must take in order to maintain the stability of the new rate because the bank cannot Working alone without a coordinated governmental economic and financial methodology supported by the Central Bank, according to the tasks and objectives stated in Law 56 of 2004.

Where the bank announced in its statement that during the last months of 2020, intensive deliberations took place with the Prime Minister, the Minister of Finance and the legislative authority, regarding the economic situation in general and the financial crisis that the public finances are going through due to the drop in oil prices and production, and the economic and health challenges.

The Board of Directors of the Central Bank also held a number of meetings, some of which hosted the Minister of Finance for the same purpose. He explained that the reasons for adjusting the exchange rate and maintaining its stability in the future are as follows:-

1- It is the structural distortions in the Iraqi economy that have impoverished public finances and restricted the reform capacity that the government and the Ministry of Finance are seeking. It
is no coincidence that the financial situation is so bad, but it has been rooted for more than a decade and a half due to the policy leadership of the economy and the supremacy of political thinking over economic thought and development priorities. And the rules of the relationship, so the fiscal policy failed to perform its roles, and the monetary policy was preoccupied with restoring the outputs of the confused fiscal policy.

2- The dependence of economic and financial policy on the ambitions and concerns of politicians led to the latest accepted models of financial management in Iraq, and the role of that administration was limited to distributing oil resources to life-sustaining requirements such as salaries and operational requirements.

3- Because of these combined conditions, the Central Bank had no choice but to intervene on more than one occasion to support public finances and save critical public spending requirements.,

4- The Central Bank understands the difficulties facing the government’s reform intentions, but this does not prevent it from tying any steps that the monetary authority can take to effective steps to carry out reforms that inevitably affect the financial authority’s institutions, especially the effective collection institutions, customs and tax institutions, and other institutions. The other public levying, and that spending be streamlined and rationalized, and all of this depends on the political will of the higher state institutions that support the financial authority’s directions to achieve this.
This requires the government's direction to support the vulnerable groups, who will inevitably be directly affected, especially by any measure to change the exchange rate.

5- The legislative authority will have an important role in supporting the Central Bank’s direction to adjust the foreign exchange rate, as failure to take such a decision may make us obliged to take difficult decisions that may put Iraq in a situation similar to what neighboring countries have been exposed to.

It should also be emphasized here that this change (devaluation) in the value of the Iraqi dinar will be for one time only and will not be repeated.

6- The financial crisis that Iraq was exposed to due to the Corona pandemic and the resulting deterioration in oil prices and the decline in oil revenues, this led to a large deficit in the general budget and the Ministry of Finance was forced to borrow from banks and re-discount them with the Central Bank in large amounts, for the purpose of paying salaries. And meet the other spending needs related to services provided
to citizens.