The budget's reluctance and the dollar exchange rate.. Parliament enters the crisis line

The budget's reluctance and the dollar exchange rate.. Parliament enters the crisis line 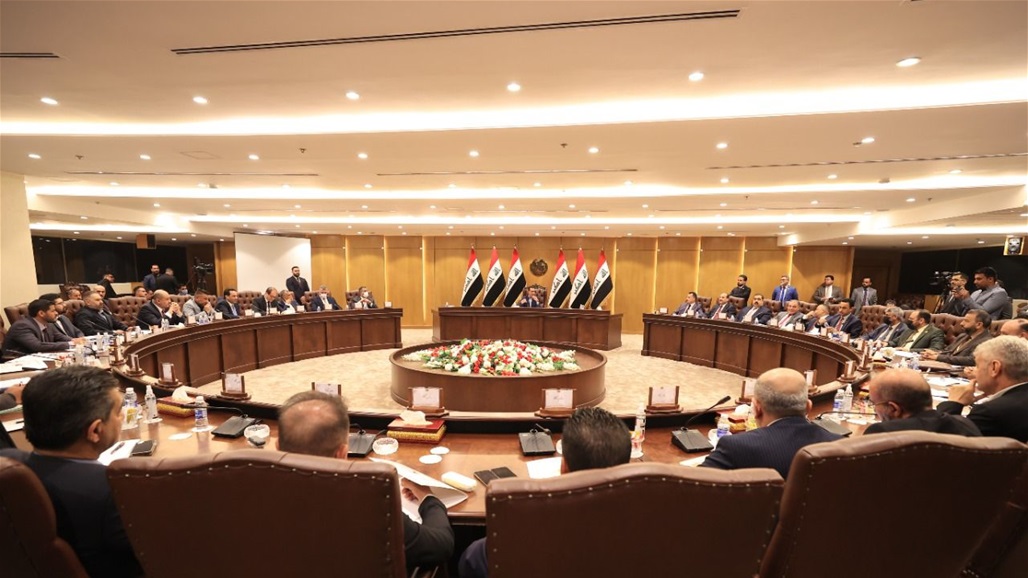 Between economic reforms and the exchange rate of the dollar against the dinar and the fate of the federal budget for the current year, the general scene has become more confusing after these problems were added to its political and security precedents, especially in light of the entry of the House of Representatives on the line of crisis after the refusal of the Minister of Finance to attend the hosting in Parliament to collide with a decision His travel ban and interrogation, in addition to talking about forming a parliamentary committee to follow up on the work of the Central Bank of Iraq.

At a time when an observer of economic affairs confirmed that the scene is very confusing and passing the budget and the exchange rate will be included in the political auctions and rivalries and may reflect negatively on the living situation of the citizen, an economic expert saw that the current and future Iraqi government should develop a program to enhance the investment process and maximize revenues.

* Auctions, the victim of which is the citizen

who is an observer of economic affairsHassan HajjHe stressed that the scene is very confusing, and passing the budget and the exchange rate will be included in the political auctions and rivalries and may negatively affect the living situation of the citizen with the approach of the blessed month of Ramadan.

Al-Hajj said in an interview with Alsumaria News, "The 2022 budget is not easy and will be very difficult and may need to pass a long time, up to four months in the event that it is sent by the new government, which we believe will be a clearing budget and not a semi-annual budget meaning that it will be a budget Primarily an investment.

He added, "The issue of the exchange rate of the dollar against the dinar, and what was recently raised about hosting the governor of the Central Bank and his deputy inside the parliament and resorting to interrogations, as a whole will definitely not affect the origin of the budget, given that decreasing the exchange rate is a basic popular demand and there is great damage to many segments." Pointing out that "the current government is the one who produced this situation and raised the price, and behind it were political blocs supporting this step, and it was the one that obstructed the interrogation requests in the previous session under the title of combating currency smuggling or interpreting the interrogations as political targeting, but today we see the reversal of the picture."

Al-Hajj stressed the necessity of "returning the exchange rate to its previous position, but gradually so that it does not enter the gateway of targeting or the political battleground."

* Doors are open for investment , for
his part, the economist confirmedSafwan Qusay, that there are many doors and sectors through which investment can be made, and benefit from the significant rise in global oil prices through the budget through a positive view of development.

Qusay said in an interview with Alsumaria News, "The current and future Iraqi government has to set a program to enhance the investment process and maximize revenues, and that there will be economic diversification and job creation to absorb unemployment through investment spending," expecting that "the next year's budget will be at a level of 150 trillion dinars and that Up to fifty percent of it goes to the investment side.

He added, "There are many doors and sectors through which investment can be made, including sulfur, phosphate, and cement, in addition to the geographical locations through which we can create new revenue outlets, which makes us able to release part of the revenue towards development," stressing "there is a need to reconsider operational spending." And directing it to have operating revenues and not just operating expenses, given that government units provide services, but the collection is weak, which makes us need to control the outlets for operational spending, taking into account the living situation of citizens and the welfare of the citizen.

Qusay continued, "There is a significant rise in oil prices globally, and it is possible to benefit from some of these differences in expanding the circle of those covered by the Social Welfare Department, increasing the vocabulary of the ration card, and achieving food security through agricultural development and food industries and openness to the countries of the region through electrical connection or through a port. FAO and its annexes, and that there should be a positive view of development in the current year's budget."

Similar topics
» The exchange rate enters a new battle before Parliament and a proposal to adopt a “smart dollar”
» Iraqi president enters the crisis line of Basra
» Unknown parties behind the "crisis" of small currencies and the central bank enters the line
» Canceling the dollar appreciation ... Opportunities to end the exchange rate crisis
» Finance Minister: The former dollar exchange rate distorted and damaged the economy ("the 2021 budget adopted an exchange rate of 1450 dinars per dollar")