Iraq's Parliament Speaker: we don't accept the threat from others

Iraq's Parliament Speaker: we don't accept the threat from others 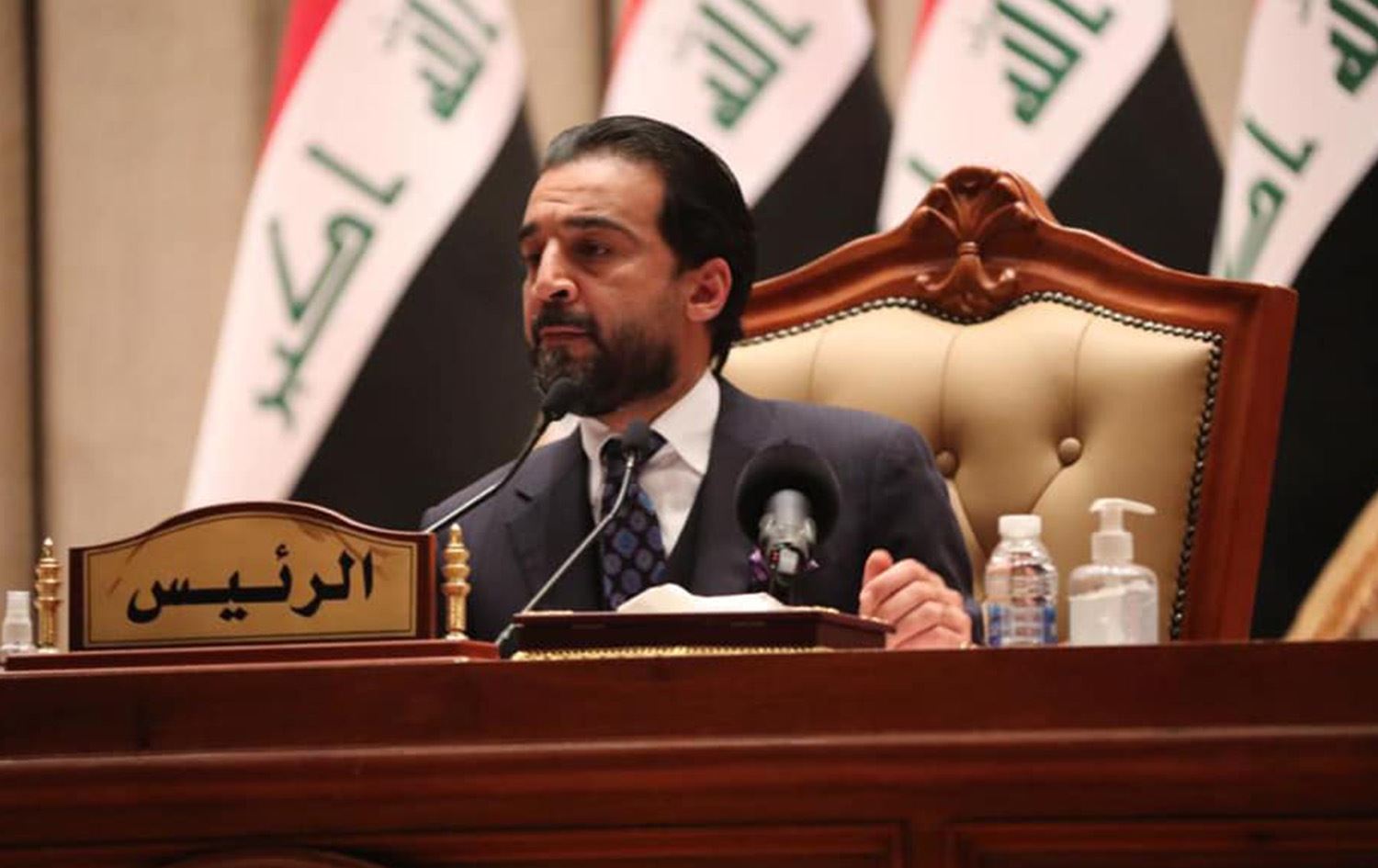 "From the beginning, we chose politics as an alternative to the weapons that were pulled on our faces in our regions, because we certain that violence does not build states, but rather the state is built with freedom, justice, and equality following the constitution and the law." Al-Halbousi said on Twitter.

He added, "Today, undisciplined people try to break the prestige of the state by threatening its components. We did not fear of weapons, and we will not accept the threat, and we did not and will not change our insistent approach to building the state away from violence."

The leader of the Sadrist movement, Muqtada al-Sadr, lashed at the threats made against his "allies and partners" in the "national majority government," hinting at "cross-boundary" intentions to exert hegemony over Iraq.

In a strongly-worded tweet he shared earlier today, Friday, the firebrand cleric quoted a verse from popular poetry, "It is not me who is threatened by death..nothing scares those who follow Mohammad," in reference to his late father, Mohammad Sadiq al-Sadr.

"once again, the voices of predators that recognize threatening as their only dialect rise again. Once again, they are threatening the allies and partners in a national majority government that is neither eastern nor western."

"Enough threats," he said, "we will not hand the country back to corrupts and sell the country to [parties] across the borders. The majority of people are with the national majority government. We will stand idly and will not allow terrorism and corruption control us."