Al-Kadhimi: chaos vs state..proceeding with reforms despite the pressure

Al-Kadhimi: chaos vs state..proceeding with reforms despite the pressure 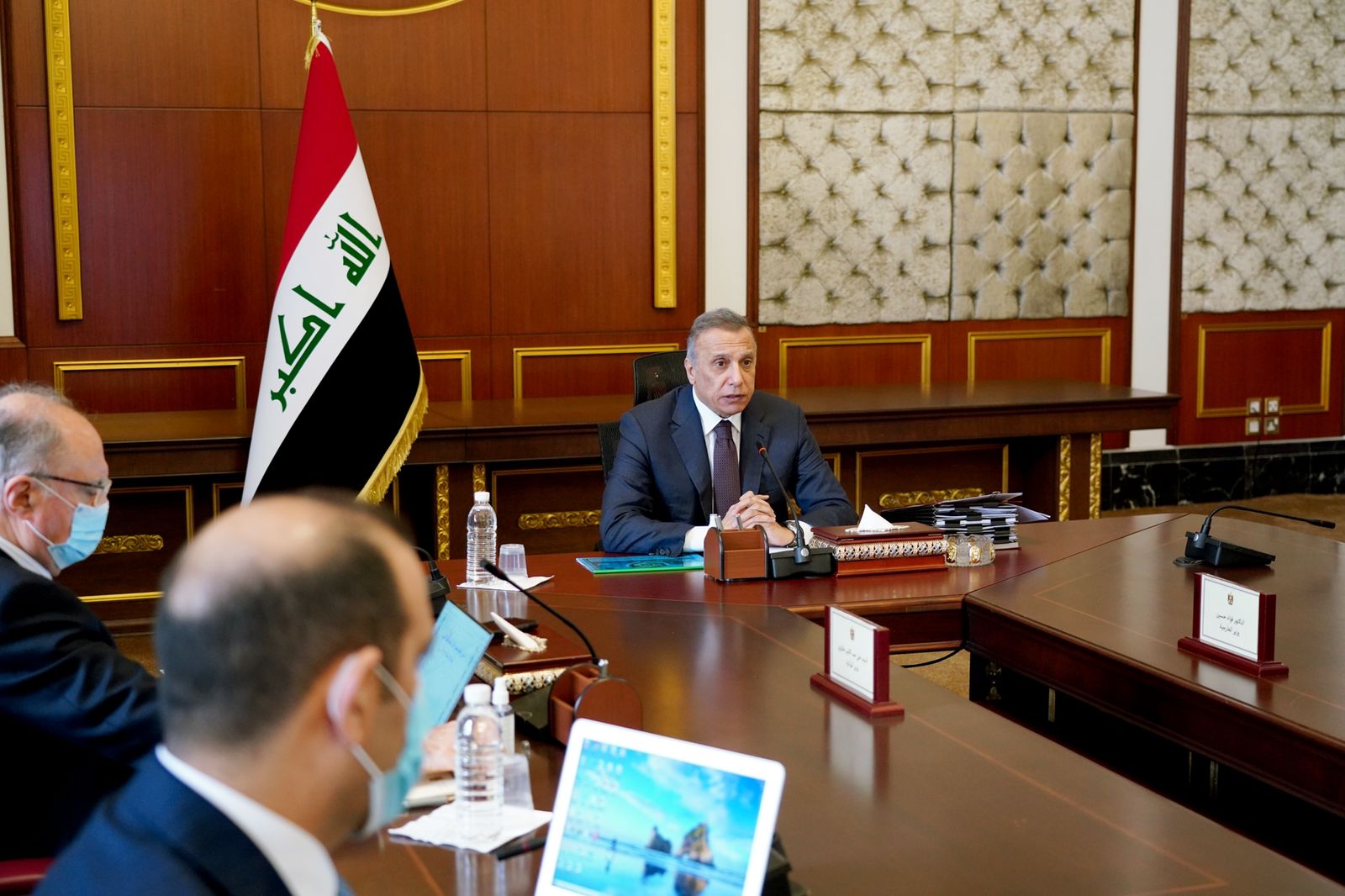 Shafaq News/ The Iraqi caretaker Prime Minister, Mustafa al-Kadhimi, reiterated his government's commitment to combating "chaos" and consolidating the "principle of state", pledging to fight for the interests of Iraq despite the political turbulence.

The Prime Minister attributed what he called "chaos" to the "absence of correct vision" on the security situation and "nepotism".

"We have made changes, transfers, and shuffles. There are pressures to halt its progress, but we are proceeding," he said.

"We have two options, either 'state' or 'chaos'. There are attempts to undermine state institutions to achieve personal and economic interests that nourish the groups and gangs squatting within this chaos."

Al-Kadhimi said that the government has taken serious steps to deter the recurrence of assassinations in the southern governorate." We have arrested a person involved in many assassination attempts... We have a long roster of suspects. We will continue to pursue those groups."

The Prime Minister commended the "tribes" and "political parties" efforts to facilitate the arrest of wanted persons who attempt to exploit their power to evade punishment.

"We directed [the relevant government departments] to provide protection to judges," he added.

The Prime Minister refuted the claims accusing the Iraqi government of obstructing the Chinese deal. "yesterday, the Chinese ambassador visited me. He thanked me for endorsing the deal and executing some of its items. The Iraqi-Chinese fund contains substantial sums. We have proceeded with many projects, including the 1,000 schools, the residential units in al-Sadr city, and power plants, among other projects."

"The doors of Iraq are open to any cooperation with the international community that serves our country. The state does not eye a single agreement, it seeks many at once."

"Despite the political situation, I urge the ministers to keep working around the clock until transferring the office to the next cabinet...we have summer ahead, we have an electricity crisis, and projects we shall commence."

"Our decision is purely national. We will not allow anyone, whoever it is, to interfere in our internal affairs," he continued, "I urge everyone to prioritize the interests of Iraq. Our country is larger than interests and politics. I am confident that the political parties and the parliament will discharge their duties in the political, constitutional, and national events and lead the country to a new phase."

Similar topics
» Iraq PM Mustafa al-Kadhimi bets big on economic reforms
» Ghraoui reveals the pressure of some political blocs on Abadi to delay reforms
»  Maliki: We will not allow our country to live a state of killings, displacement and chaos
» State law calls for the political forces to cooperate with the Ibadi "to accomplish the reforms" and achieve the demands of the demonstrators
» State law calls out the IMF's pressure and prepare contingency plans

Page 1 of 1
Permissions in this forum:
You cannot reply to topics in this forum
Who is online?
In total there are 58 users online :: 2 Registered, 0 Hidden and 56 Guests :: 4 Bots

Today at 7:31 pm by RamblerNash

Today at 7:29 pm by RamblerNash

Today at 7:28 pm by RamblerNash

Today at 8:03 am by Mountain Goatee