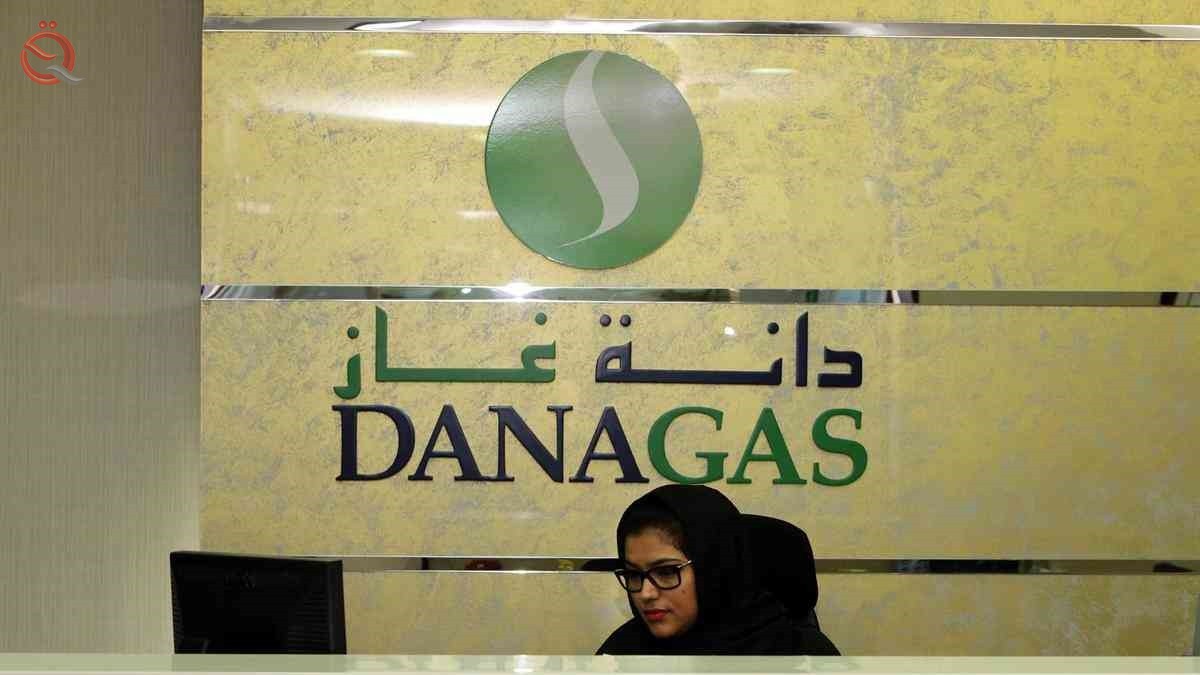 Dana Gas, the largest private company operating in the natural gas sector in the Middle East, announced today, Wednesday, that it has achieved financial profits of $317 million during 2021, after the increase in oil prices and production in the Kurdistan Region.

She added that "the increase was mainly driven by the rise in oil prices and the improvement in operational performance in addition to other sources of income," noting that "these profits were offset by provisions related to the depreciation of assets in the UAE and the depreciation of goodwill amounting to $451 million."

And she added, "The company witnessed a 30% increase in revenues to reach $452 million in 2021, compared to $349 million in 2020, supported by an increase in oil prices and high production levels in the Kurdistan Region of Iraq."

She indicated that the Board of Directors of Dana Gas decided to distribute 7 fils per share annually in two installments of 3.5 fils every six months, which increases the company's annual cash dividends by 27% compared to the previous distributions of 5.5 fils per share. The first interim dividend of 3.5 fils was distributed in January after obtaining shareholder approval during December 2021.

Patrick Allman-Ward, CEO of Dana Gas, said that the company concluded last year with strong financial results as a result of the improvement in its operational performance during the past 12 months, and that it recorded record levels in the production of gas and liquefied petroleum gas in the Kurdistan Region of Iraq during the month of December. , recording a 50% growth in gas production over the past three years, in addition to collecting cash payments of $377 million. These strong results reflected positively on the company and enabled it to record record profits of $317 million. This growth and strong momentum in the company’s operations allowed us to distribute record cash dividends to shareholders, which confirms the confidence and optimism of the Board of Directors about the company’s progress and future performance.”

He added, "All of this would not have been achieved without the dedication of the work team with all its members and its hard work in improving the company's performance, despite the challenges imposed by the global Corona pandemic, and in a manner that ensures the company's fulfillment of its obligations."

He stressed that "the company has made tangible progress in implementing its expansion plans in the Khormore field, as it is expected to start operating the first new gas processing lines (Khormore 250) during the second quarter of 2023," expressing his happiness to announce that "our operations are in the Kurdistan Region of Iraq." It has met the carbon-neutral standards during 2021, which is a great success to add to our track record in our efforts to reduce our carbon footprint across our operations and business, in order to offer customers low-carbon energy solutions.”

The company continued its operational operations in the Kurdistan Region of Iraq and Egypt without interruption and was not affected by the repercussions of the Covid-19 pandemic, and by the end of 2021, the company achieved record gas production from its operations in the Kurdistan Region of Iraq, which reached 452 million standard cubic feet per day, and this is the culmination of many Operational improvements made at the Khor Mor gas processing plant, including the shunt project, which was completed in 2020, and the de-choke project, which was completed before that in 2018.

Expansion work on the Khormore 250 project is progressing on schedule, which was fully funded following the company’s conclusion of a $250 million seven-year financing agreement with the US International Development Finance Corporation (IDF) in September 2021. Pearl Petroleum is committed to implementing the project Expansion according to the highest standards of safety and security and operating the first gas processing lines with a production capacity of 250 million cubic feet of gas per day during the second quarter of 2023.