Iran: Iraq must pay gas money to resume its exports

Iran: Iraq must pay gas money to resume its exports 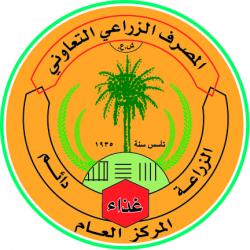 On Tuesday, the semi-official Iranian news agency "Fars" reported that Iraq "must" pay its debts to Iran, which amount to billions of dollars for importing gas that feeds power stations .

And the agency said in a report, that the electricity and gas crisis returned to ravage Iraq again, at a time when temperatures in most of the Iraqi governorates reached below zero .

The agency noted that Iraq relies solely on Iran to import 1,200 megawatts of electricity, as well as import gas to operate power stations, during the past years .

Fares quoted a spokesman for the Iraqi Ministry of Energy, Ahmed al-Abadi, as saying that the reason for stopping Iranian electricity supplies is Iraq's delay in repaying Iran's debts .

For his part, "Diaa Al-Mohsen", a member of the Iraqi Council of Experts, held the previous Iraqi governments responsible for not finding an alternative to Iranian gas, saying: There is no good Iraqi negotiator to negotiate with Iran, not only in the field of electricity, but in all files, according to "Fares ."

The Iranian Agency concluded its report by saying that Iraq must pay its debts to Iran, which amount to billions of dollars, and despite Iranian officials' follow-up to the issue and their repeated visits to Baghdad, the bulk of these debts have not been paid so far .

And earlier today, the spokesman for the Iraqi Ministry of Electricity, Ahmed Al-Abadi, revealed to Shafaq News Agency, that there are negotiations with the Iranian side in order to resume the release of gas supplied to Iraqi electrical stations .

Iraq has been suffering from a chronic electricity shortage crisis for decades as a result of the siege and successive wars. The population has been protesting for many years against the frequent power cuts, especially in the summer, when temperatures sometimes reach 50 degrees Celsius, in addition to the winter season, when temperatures drop below zero degrees Celsius .